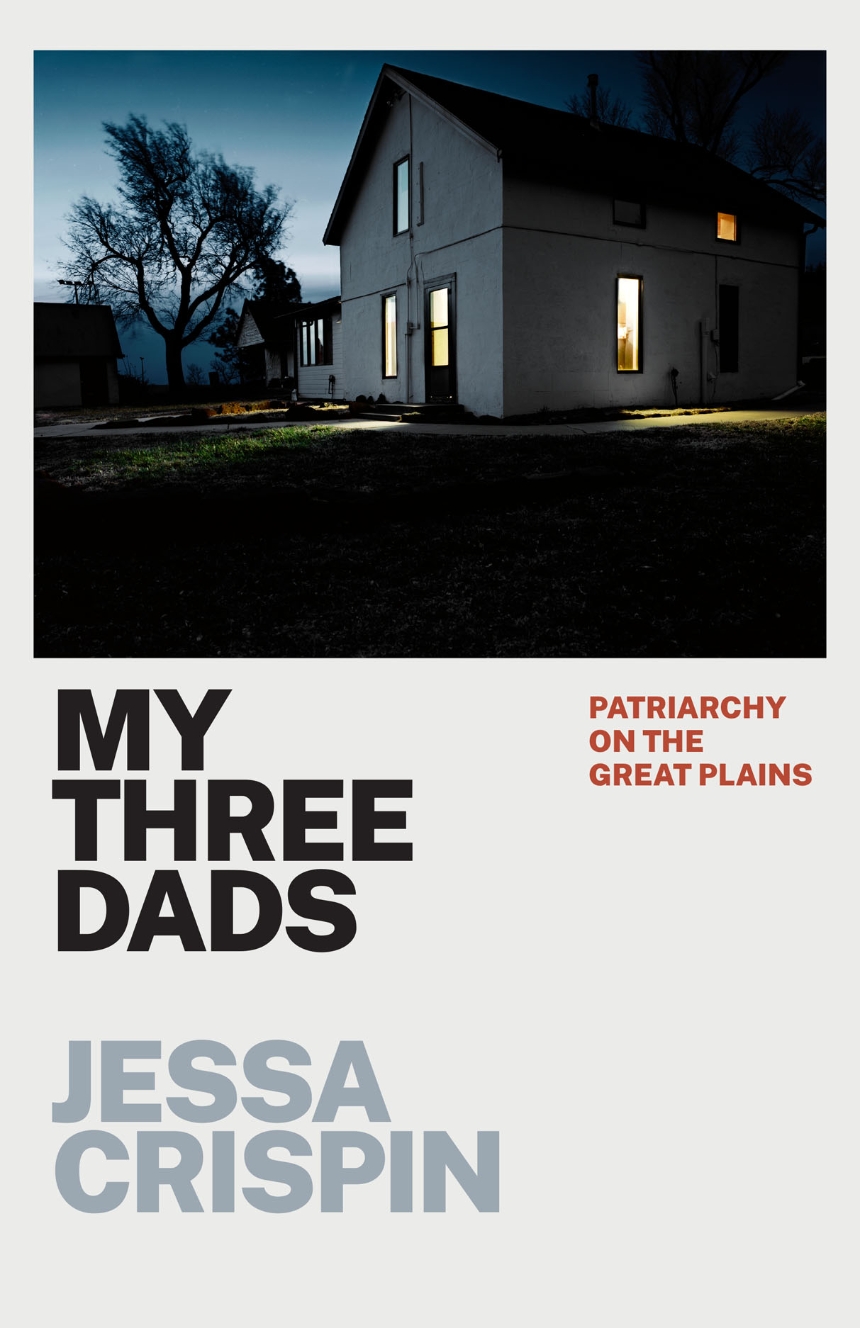 Patriarchy on the Great Plains

Patriarchy on the Great Plains

Sharp and thought-provoking, this memoir-meets-cultural criticism upends the romanticism of the Great Plains and the patriarchy at the core of its ideals.

For many Americans, Kansas represents a vision of Midwestern life that is good and wholesome and evokes the American ideals of god, home, and country. But for those like Jessa Crispin who have grown up in Kansas,  the realities are much harsher. She argues that the Midwestern values we cling to cover up a long history of oppression and control over Native Americans, women, and the economically disadvantaged.

Blending personal narrative with social commentary, Crispin meditates on why the American Midwest still enjoys an esteemed position in our country's mythic self-image. Ranging from The Wizard of Oz to race, from chastity to rape, from radical militias and recent terrorist plots to Utopian communities, My Three Dads opens on a comic scene in a Kansas rent house the author shares with a (masculine) ghost. This prompts Crispin to think about her intellectual fathers, her spiritual fathers, and her literal fathers. She is curious to understand what she has learned from them and what she needs to unlearn about how a person should be in a family, as a citizen, and as a child of god—ideals, Crispin argues, that have been established and reproduced in service to hierarchy, oppression, and wealth.

Written in Crispin’s well-honed voice—smart, assured, comfortable with darkness—My Three Dads offers a kind of bleak redemption, the insight that no matter where you go, no matter how far from home you roam, the place you came from is always with you, “like it or not.”

“Blends personal memoir with cultural criticism to explore the ghosts that haunt not only her rental house, but also her head, the city streets, American classrooms, and presidential debates. . . . Crispin may be primarily concerned with the Midwest, but its history, she argues, belongs just as much to the coasts, even if people from those regions try to distance themselves from it. . . . My Three Dads drills down on and picks apart these opinions, offering a concentrated look at a divided white America.”

"The reward of reading Crispin’s book is commiseration, sharing her shame at wanting to want something different, but sometimes just wanting."

"Crispin’s erudite analysis and biting wit make this multifaceted history unmissable. Searing and intelligent, this delivers on all counts."

"By challenging a host of societal assumptions about family, identity, gender, religion, and politics, the author upends an array of notions about American exceptionalism. A fascinating and engaging cultural study."

"Crispin provides a much-needed counternarrative for the fictions of the Midwest that perpetuate and continue to engender an American cultural mythology that conceals harsh realities of colonialism, oppression, and patriarchalism, which together have led to undiscussed problems related to economic disadvantages, abuse, and stigma. . . .A powerful, provocative narrative, designed to remind readers that it is often silence that empowers oppression, allowing it the power to endure in unchallenged ways."

“My Three Dads is challenging in its assessment of American life—a personal story that’s conveyed with piercing humor, sharp details, and whirlwinds of intelligent, expansive prose.”

He appeared first as a puddle. Liquid pushing up through the floorboards, rather than dripping down from above. I did not think much about it, just mopped it up with a towel and forgot about it until the puddle showed up in a new place.

How could I say this was strange, the whole house was strange. The first living, human occupant of a house that had remained vacant and boarded up for fifteen years, I struggled to adjust to it and it struggled to adjust to me. The animals of the neighborhood still considered it theirs. They found their way into the house one way or another: squirrels, baby possums, mice, stray cats. They wandered in through grates, through holes in the floorboards, through the basement. I shooed them all out with a broom, through the back door, until the heat and the wet of the summer warped the cheaply installed wooden frame so much that the back door no longer opened or closed without a few shoves.

A ghost is a story without an ending. Without resolution or closure, the story troubles and persists. Neither teller nor listener finds peace. You find yourself trying to carry the story forward, trying to push toward an ending so that you can be done with it. It seizes the imagination and worries it, overloading it.

But how does it, how can it, end? It’s all unfinished business. The undiscovered will, the sentence cut short, the proclamation unproclaimed. The thing that wakes you in the middle of night with dread and the intense desire both to do and never to do, that thing keeps you awake nights even past your death. You can only wander around hopelessly. Now even if you had the nerve to say the thing you waited years, decades, to say, you no longer have the mouth or the tongue or the throat to form the words, let alone the right listener to hear them. All that is left is rattling pans, pushing open doors, creeping that woman out, in search of acknowledgment that you existed. It wasn’t a great life or you wouldn’t still be here, but it was a life that was lived.

And now your torment is tormenting others. People who didn’t even know you. People who come through a hundred years later are rushing past darkened doorways or turning on a fan to avoid those inexplicable sounds, burning sage and leaving shards of black tourmaline around the house in an effort to make you not their problem anymore. And it’s sad if you’re still here because you got murdered or your daughter got murdered or you decided to murder and now your spirit finds no rest on this plane or any other, but it’s something else if you were just
so bad at being a person that you spend your death the same way you spent your life: useless, on the margins, making a pest of yourself. Who needs hell as the scene of eternal punishment when you have your own life?

I was getting a lot of dad energy from Charlie. This disapproval, this long list of unspoken rules, this very Midwestern version of masculinity that is all emotional constipation yet still strangely captivating, that leaves those around it scrutinizing every glimmer of the eye, every change in tone or inflection, looking for some sign of approval or affection or respect. The kind of masculinity that makes you think love is a thing to be earned through sacrifice and improved performance.

I was used to this type of man. Having grown up in rural Kansas, I had spent my whole life in his company. These have been the men in my family, my lovers, my friends. I had tried to please them or entertain them, tried to break through their hard exterior with love and jokes and food and stories. And in exchange for what? Certainly not love, certainly not approval. So that they would deign to stay in my presence, maybe. For the hint of a smile or the smallest gesture of affection.

But nothing I did pleased Charlie. If I left for a trip, upon my return the banging around in the kitchen would escalate. If I stayed home alone, I’d have the feeling of being watched. If a guest slept on the couch, they’d report hearing scratching sounds or waking up in the middle of the night with the feeling that their arms were being gripped by someone unseen. When I talked to him, I felt his presence nearer. If I ignored him, I’d hear him stomping around sullenly.

It wasn’t just the real men in my life. It was all of the men who had come before. It was all of the men who had been used to teach me what love was, what god was, what pleasure was, what art was, what truth was. Despite getting so little back from them, I still spent my time in thrall of them, still trying to please some dead guy who wouldn’t have liked me even when he was alive. Those men banged around my head the way Charlie banged around my house, and no amount of sage burning would get them out.

Built into the consciousness of every former farm kid is the idea of reinvention. I am not that, I am this other thing, I don’t belong here. So you run away, you “get out,” as they say, but the ghosts follow. Your body might move through space and time, but your inner workings are still entangled with where you come from. Spooky action at a distance. You find yourself recreating all your old traumas, you restage old scenes, you wander into a new setting reciting all the same old lines.

I felt a need to go back to see and deal with where I had come from. There were restless spirits I wanted to lay to rest. I had thought I could remake myself anew, but the gifts of my fathers were hard to shake. And I needed them to shake. 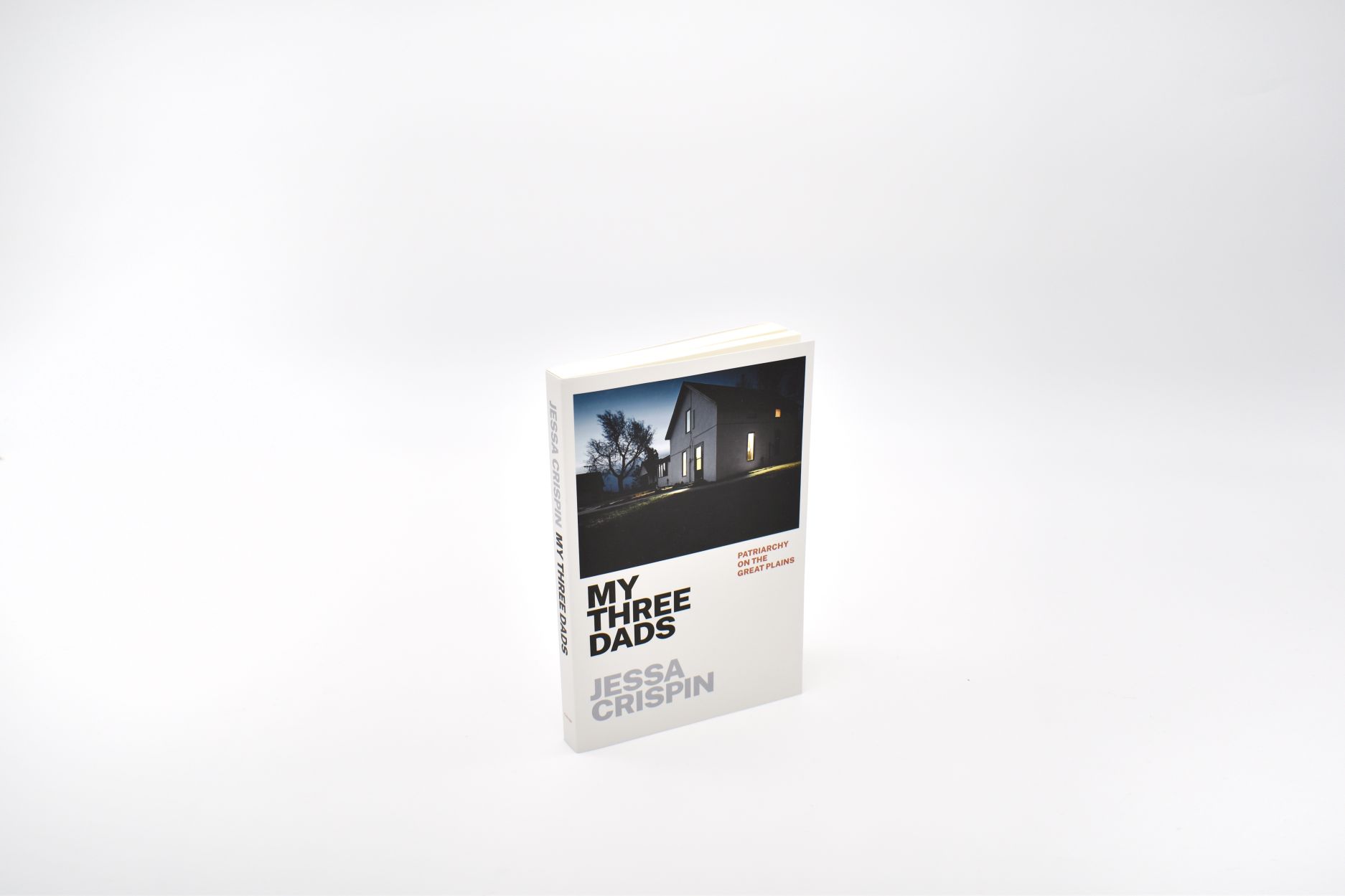 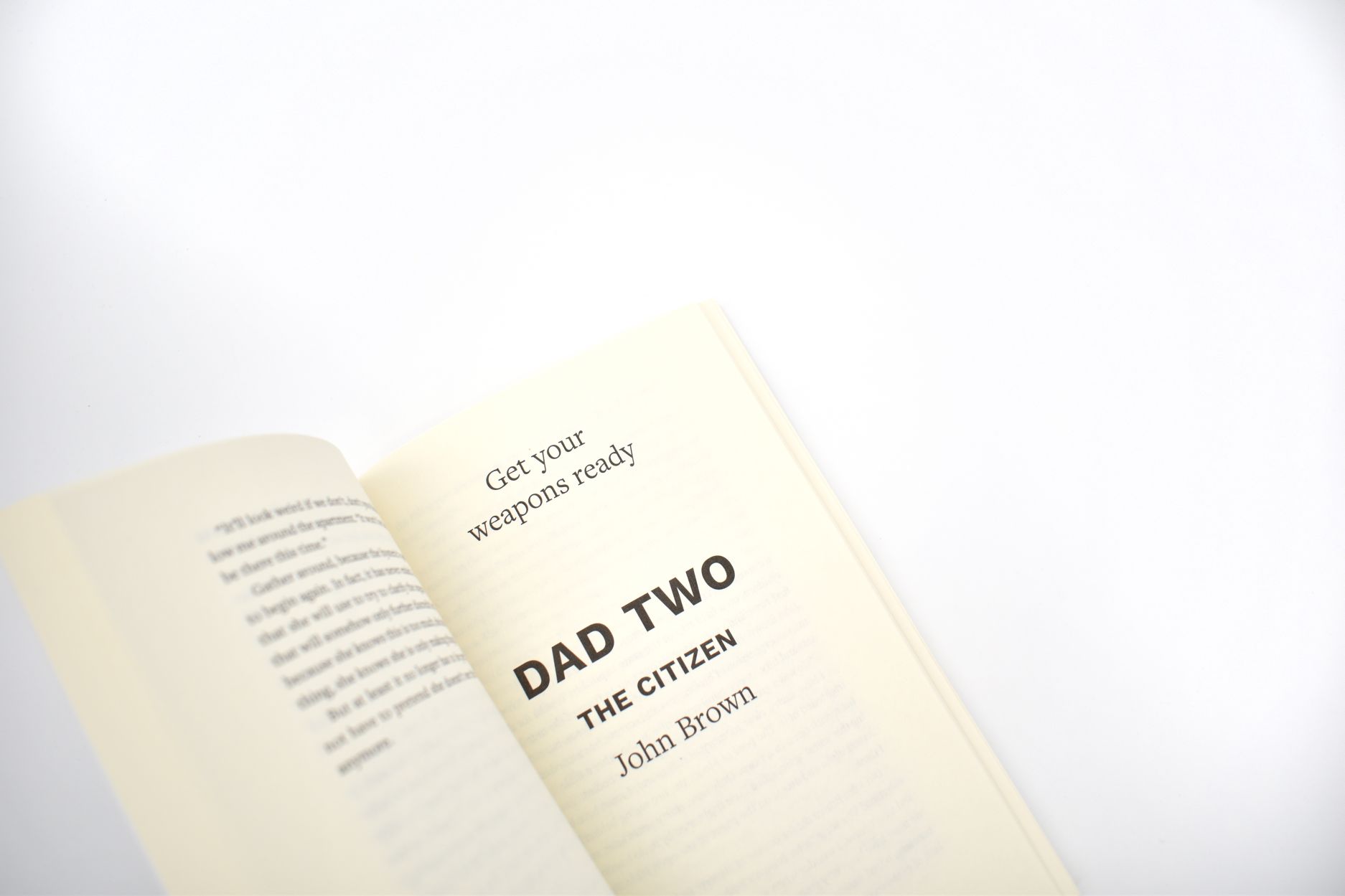 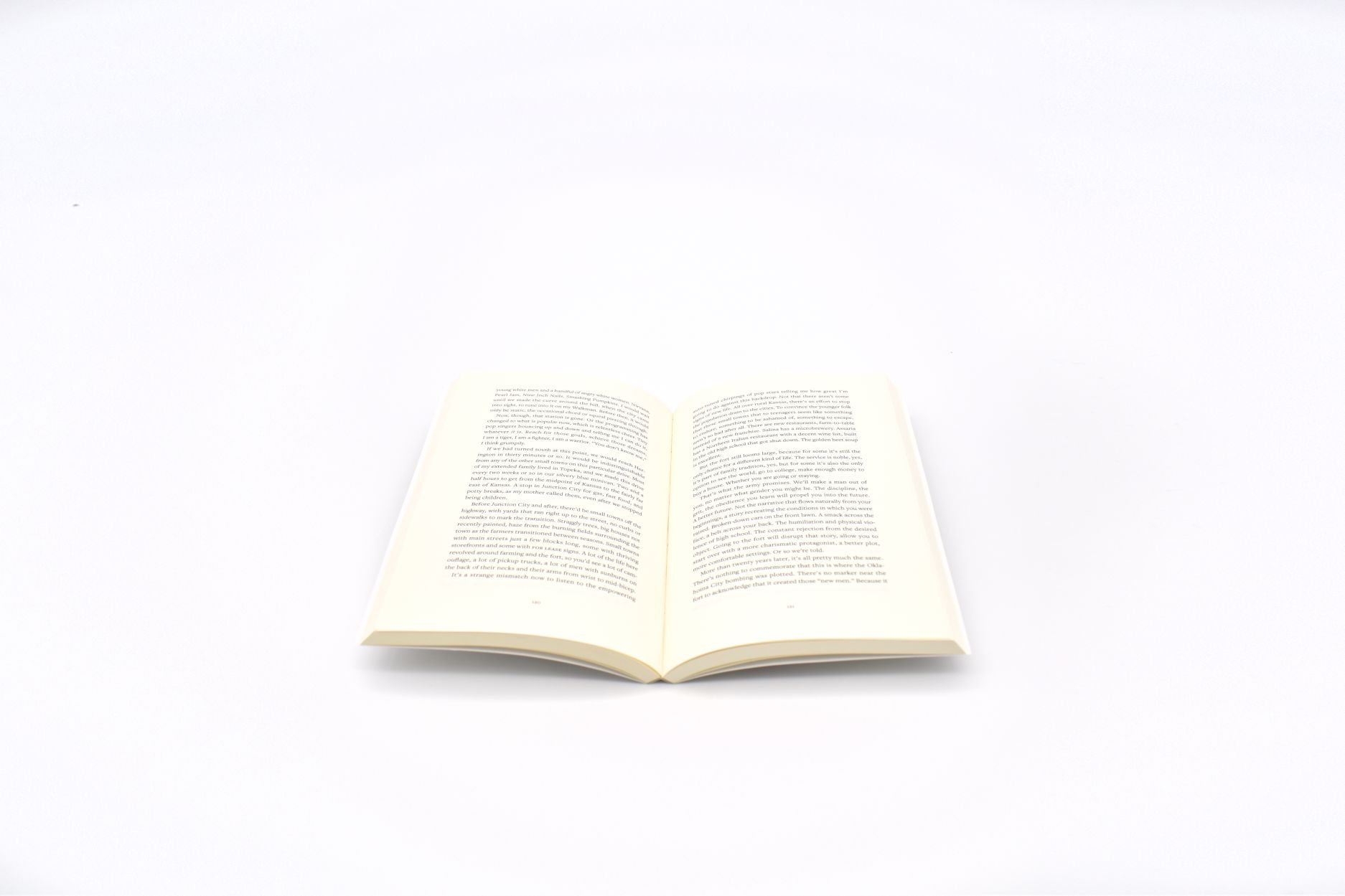 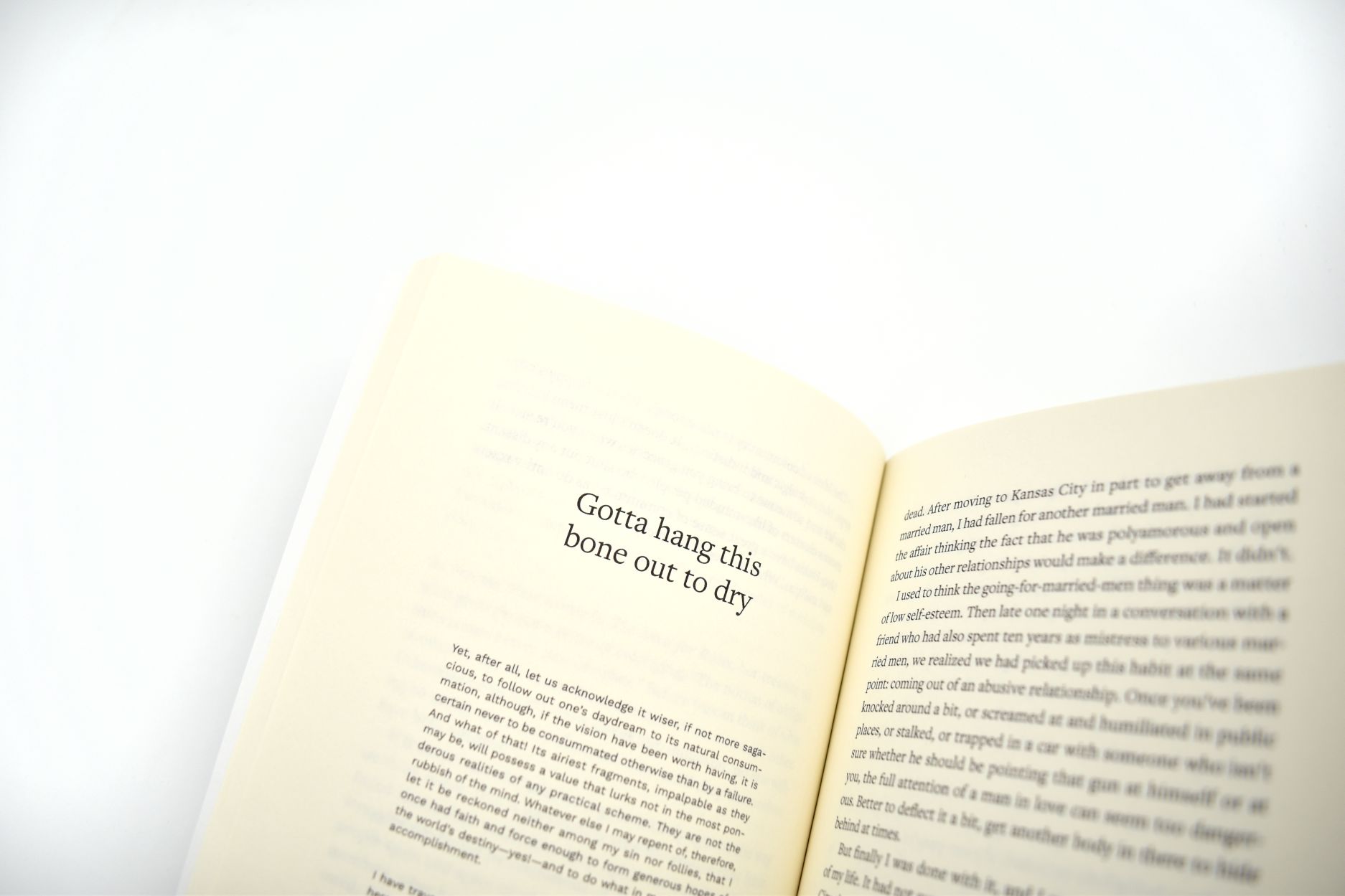