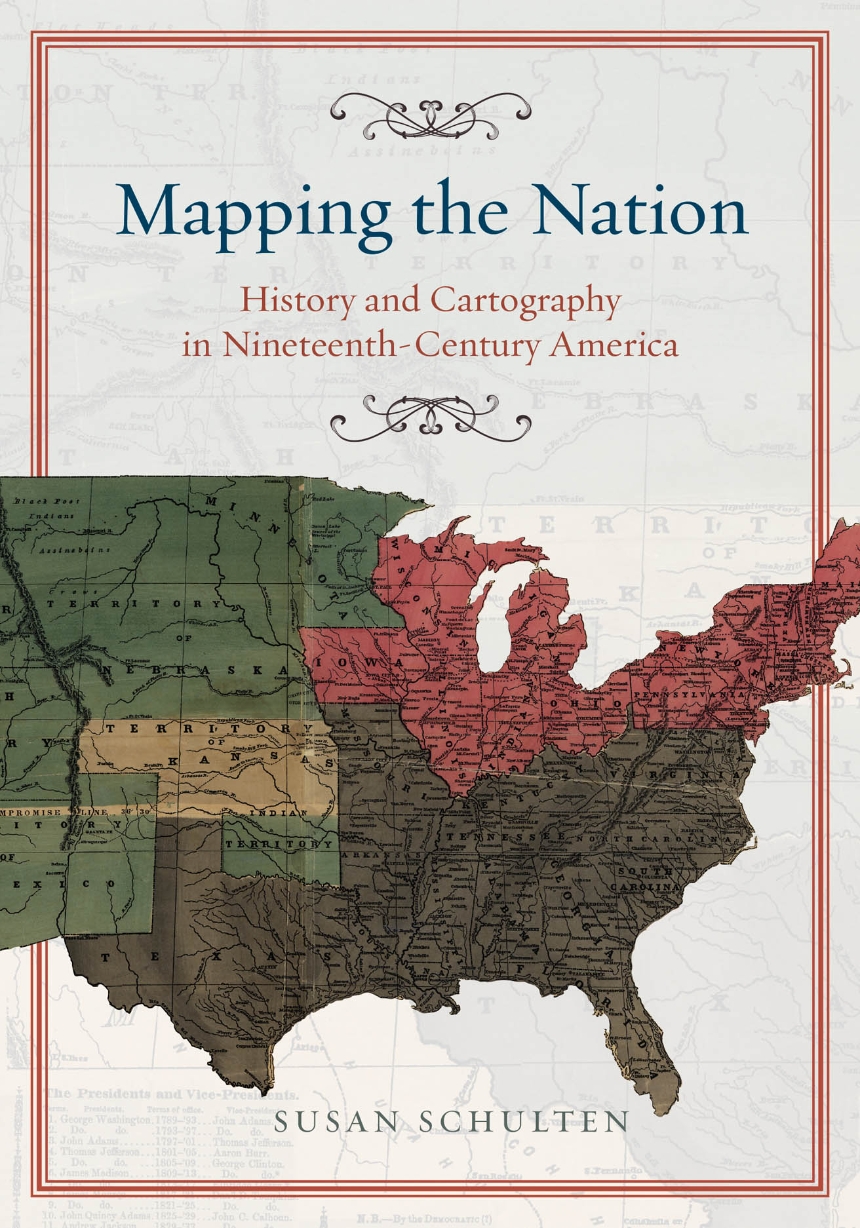 History and Cartography in Nineteenth-Century America

History and Cartography in Nineteenth-Century America

In the nineteenth century, Americans began to use maps in radically new ways. For the first time, medical men mapped diseases to understand and prevent epidemics, natural scientists mapped climate and rainfall to uncover weather patterns, educators mapped the past to foster national loyalty among students, and Northerners mapped slavery to assess the power of the South. After the Civil War, federal agencies embraced statistical and thematic mapping in order to profile the ethnic, racial, economic, moral, and physical attributes of a reunified nation. By the end of the century, Congress had authorized a national archive of maps, an explicit recognition that old maps were not relics to be discarded but unique records of the nation’s past.

All of these experiments involved the realization that maps were not just illustrations of data, but visual tools that were uniquely equipped to convey complex ideas and information. In Mapping the Nation, Susan Schulten charts how maps of epidemic disease, slavery, census statistics, the environment, and the past demonstrated the analytical potential of cartography, and in the process transformed the very meaning of a map.

Today, statistical and thematic maps are so ubiquitous that we take for granted that data will be arranged cartographically. Whether for urban planning, public health, marketing, or political strategy, maps have become everyday tools of social organization, governance, and economics. The world we inhabit—saturated with maps and graphic information—grew out of this sea change in spatial thought and representation in the nineteenth century, when Americans learned to see themselves and their nation in new dimensions.

“A major contribution in the history of Ameri­can cartography, Susan Schulten’s Mapping the Nation redefines our understandings about the mapping of the nation during the long nineteenth century. . . . The book is a compelling read, and its strengths are many. . . . [A] gateway for future discussions about how to study and teach American history.”

"Susan Schulten’s Mapping the Nation is physically attractive, based on sound scholarly work yet accessibly written, and effectively supplemented by a user-friendly website offering a good selection of high-resolution images of historical maps and charts."

"In this innovative book Susan Schulten makes a compelling case for maps as both symbolic and material representations of change in the ways Americans viewed their nation, its past, and its potential for development. In conjunction with its companion website (www.mappingthenation.com), Schulten’s book reveals the power of maps to shape history, policy, and national identity."

"Mapping the Nation is essential reading."

“Schulten meticulously builds her central argument that state expansion and consolidation are inseparable from the mapping that calls them into being. Some geographers and historians of cartography have written of this before. But until now, no one has tackled the vital role thematic or statistical cartography played in the economic development of the United States and the expansion, absorption, and segregation of selected peoples. . . . Schulten has the enviable ability to discuss mapping and data classification techniques as well as writing of the lives and sociopolitical contexts of people. That is rare, and the book succeeds because of it.”

“In a work of deep scholarship and insight, Susan Schulten traces the origins of a now-ubiquitous presence in American life: maps with a story to tell. Schulten uncovers not only a fascinating panorama of maps but also a colorful array of characters who taught America to see itself in new ways. Read this book and maps will never look the same.”

“Susan Schulten has produced an impressive synthesis of some of the most important developments in nineteenth-century American cartography, tracing the ways that maps became tools of social organization, governance, and economics. Engaging and informative, Mapping the Nation is a novel and persuasive look at American history, visually and cartographically.”

“In this important study of the way in which nineteenth-century Americans represented their social and natural worlds, Susan Schulten illuminates how weather, disease, slavery, and the aggregate reality of the census could all be represented in visual and spatial terms. This is an important contribution not only to America’s cultural and disciplinary history, but to the history of government and our shared sense of history itself.”

Part One: Mapping the Past
Chapter 1: The Graphic Foundations of American History
Chapter 2: Capturing the Past through Maps
Part Two: Mapping the Present
Chapter 3: Disease, Expansion, and the Rise of Environmental Mapping
Chapter 4: Slavery and the Origin of Statistical Cartography
Chapter 5: The Cartographic Consolidation of America
Conclusion
Notes
Index
Back to top