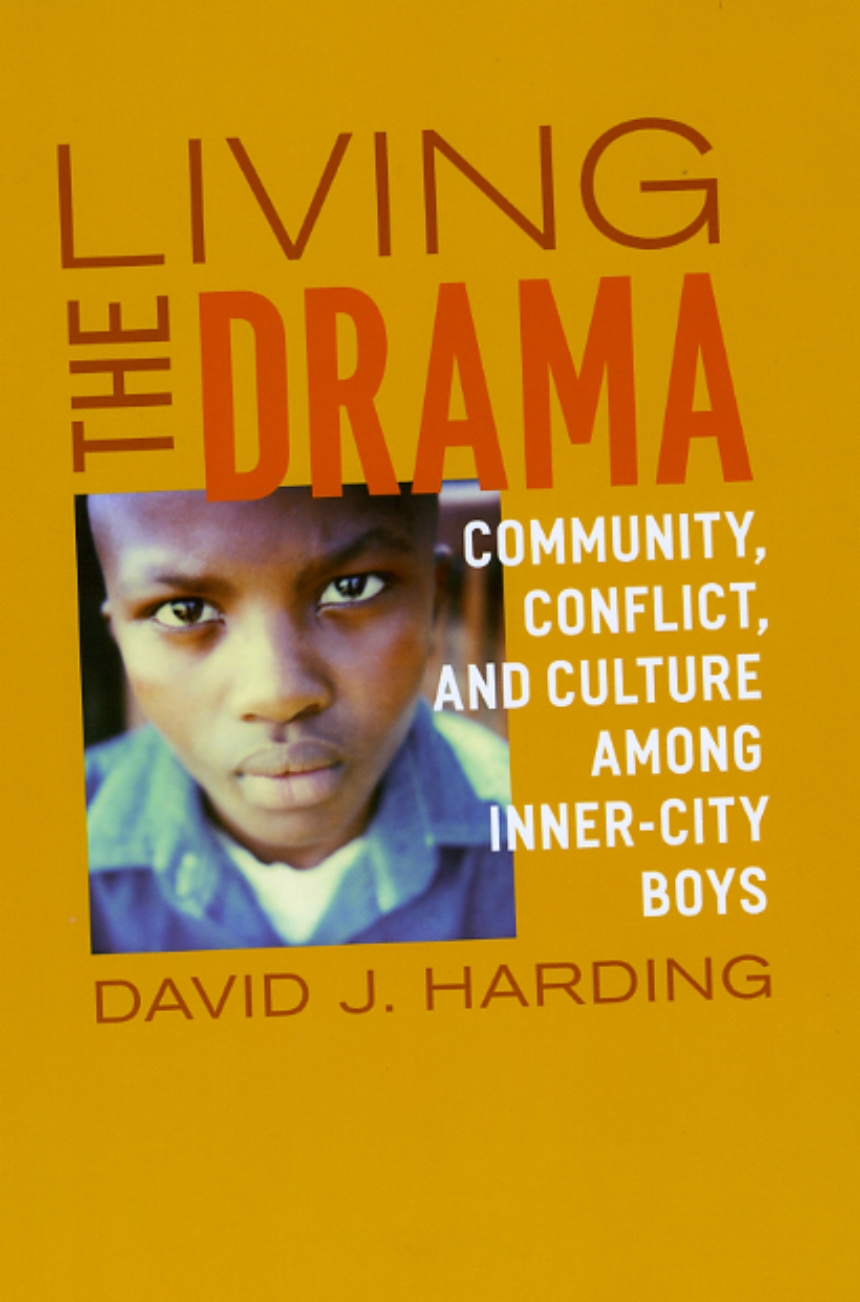 For the middle class and the affluent, local ties seem to matter less and less these days, but in the inner city, your life can be irrevocably shaped by what block you live on. Living the Drama takes a close look at three neighborhoods in Boston to analyze the many complex ways that the context of community shapes the daily lives and long-term prospects of inner-city boys.

David J. Harding studied sixty adolescent boys growing up in two very poor areas and one working-class area. In the first two, violence and neighborhood identification are inextricably linked as rivalries divide the city into spaces safe, neutral, or dangerous. Consequently, Harding discovers, social relationships are determined by residential space. Older boys who can navigate the dangers of the streets serve as role models, and friendships between peers grow out of mutual protection. The impact of community goes beyond the realm of same-sex bonding, Harding reveals, affecting the boys’ experiences in school and with the opposite sex. A unique glimpse into the world of urban adolescent boys, Living the Drama paints a detailed, insightful portrait of life in the inner city.

“Harding asks why living in a poor neighborhood increases the risk that teenage boys will end up unschooled, premature fathers, or in jail. His answer—which is sure to be read, studied, and debated—is that on the one hand, the constant threat of violence narrows the boys’ horizons, while on the other, the coexistence in their neighborhoods of both mainstream and alternative cultural models confuses the boys’ efforts to make critical life decisions. Living the Drama tackles a substantive topic, engages in key theoretical debates, employs a distinctive comparative approach, gives ample voice to its subjects, and enriches our knowledge of poor youth.”

“Based on his sensitive, probing interviews with black and Latino teenage boys in poor neighborhoods, David Harding has given us a sorely needed contribution to the literature on neighborhood effects. Living the Drama argues convincingly that boys in disadvantaged neighborhoods must, above all, negotiate violence and the exposure to multiple and contradictory cultural alternatives. Harding’s interviews are rich, genuine, and illuminating; his analysis, dispassionate, thorough, and astute; and his writing, clear and remarkably compelling. Living the Drama is a terrific book.”

"A powerful new book. . . . Harding depicts the daily lives of teens--often using their own words--growing up in some of Boston’s most troubled neighborhoods."

2 The Social Organization of Violence in Poor Neighborhoods

5 The Cultural Context of Disadvantaged Neighborhoods