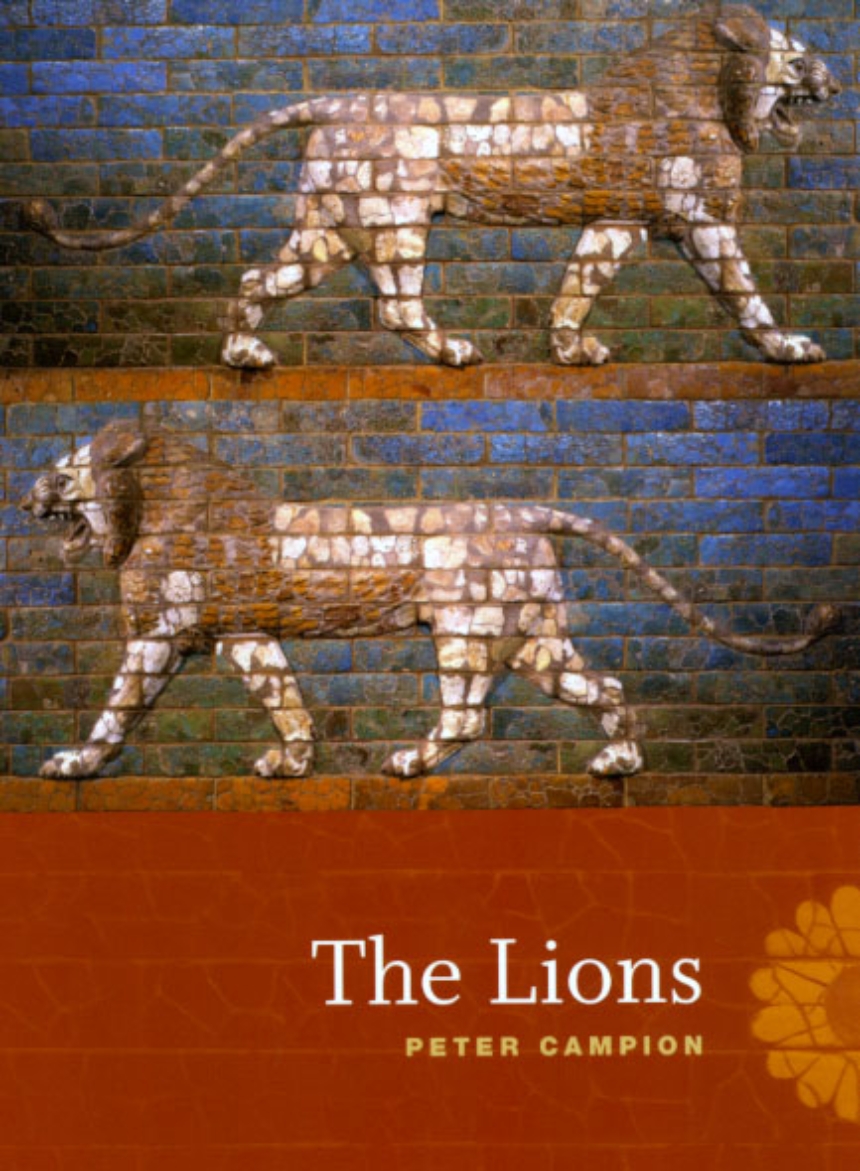 Just the warning light on a blue crane.

them both and bled to silver rain

But there it sank on me. This urge

to carve a life from the long expanse.

To hold some ground against the surge

of sheer material. It was a tense

and persistent and metallic shiver.

And it stayed, that tremor, small and stark

as the noise of the hidden river

fluming its edge against the dark.

In his second collection of poems, Peter Campion writes about the struggle of making a life in America, about the urge “to carve a space” for love and family from out of the vast sweep of modern life. Coursing between the political and personal with astonishing ease, Campion writes at one moment of his disturbing connection to the public political structure, symbolized by Robert McNamara (who makes a startling appearance in the title poem), then in the next, of a haunting reverie beneath a magnolia tree, representing his impulse to escape the culture altogether. He moves through various forms just as effortlessly, as confident in rhymed quatrains as in slender, tensed free verse. In The Lions, Campion achieves a fusion of narrative structure and lyric intensity that proves him to be one of the very best poets of his generation.

Praise for Other People

“Campion is a poet who knows that what a poet sees is nothing without a mixture of formal prowess and emotional insight.”—David Biespiel, The Oregonian

“Peter Campion’s new book of poems, The Lions, is as ferocious as it is memorable. These elegant passionate poems explore the way we live now in America at the beginning of the twenty-first century: our capacity for love and violence, our hunger for both truth and self-deception, our estrangement from and our connection to the natural world in all its beauty and indifference. In lines traditional and free, bracingly fresh and unpredictable, Campion affirms the value of intimate affection even while showing the frailty of such affection in a time of war. Campion is a first rate poet, and this is a first rate book.”

“Like George Oppen’s, Peter Campion’s poems not only inhabit but create the space where the single soul collides with the roiling world. Should the poet ‘hold some ground against the surge’ or ‘carve a life’ from it? Campion won’t answer this question—not only because it cannot be answered but because he knows that poetry is itself a questioning, a refusal of ready hierarchies, a love-affair with tremor and noise. Like no one else’s, Campion’s poems are driven by the elegance of argument along with a recognition that argument alone will get us nowhere. Their language is everywhere perspicuous, everywhere surprising. Like a wild animal, they are ‘liveliest / just before they vanish.’ The Lion is an alarming, beautiful book.”

“A poet whose great gift is for high resolution takes on the ’feeling of a substance / emptied’ in our collective life. The best poems in this book—‘1980: Iran,’ ‘1989: Death on the Nile,’ ‘Recurring Dream in a New House’—add something genuinely new to that meditation on public and private anxiety that extends from Lowell and Rich to McMichael and Bidart.”

“Peter Campion’s new book of poems, The Lions, articulates both the private intimacies of life and a robust involvement with the natural and political world. . . . Campion’s highly polished prose is always surprising and yet never jarring, leaving the reader ultimately forced to mete one’s own balance among the many forces playing into the quotidian, but allowed the brave, private ruminations of a poetic predecessor. The Lions shows that balance is possible without sacrificing any poise or elegance. A fine addition to contemporary poetry, I look forward to this young poet’s next compilation.”

"Campion’s meticulous poems have dangerous edges. He’s a major American poet in the making, if not already made."

"Peter Campion’s voice is essential to the telling of the struggle of our time."

"The lions is a generous book, and an ambitious one. The poems are never complacent, always sharpened by an intellect that is inquisitive but that also acknowledges the ultimate futility of finding easy answers to the implicit questions. This is a book that rewards each rereading."

"The Lions shows that balance is possible without sacrificing any poise or elegance. A fine addition to contemporary poetry."

“These are daringly beautiful poems. . . astounding. . . No matter how many books Peter Campion has written or published, The Lions makes clear his enduring contribution. . .” —Joanie Mackowski, Contemporary Poetry Review

In Late August
1980: Iran
Just Now
1989: Death on the Nile
Lethe
New Hampshire: Lake at the Back of Memory
Big Avalanche Ravine
Lilacs