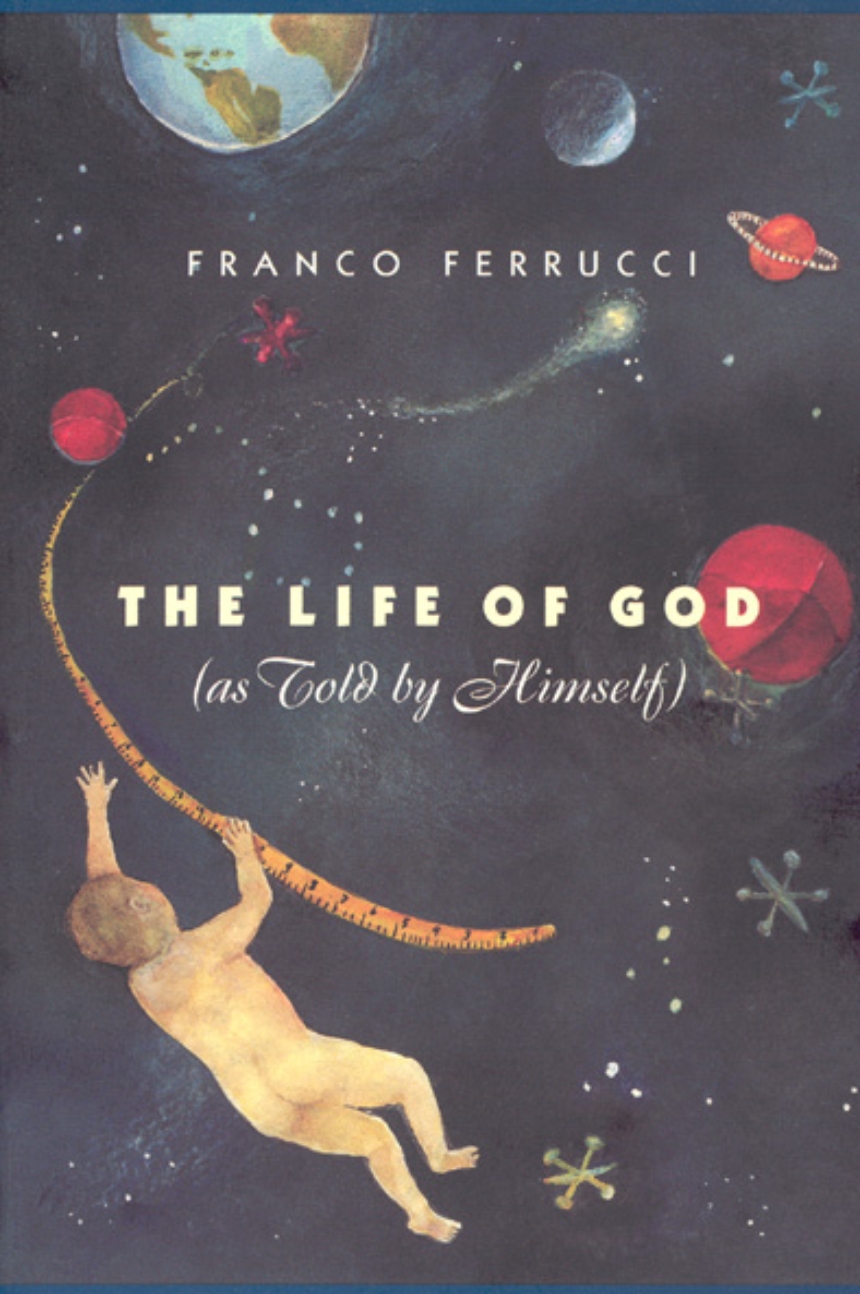 The Life of God (as Told by Himself)

The Life of God (as Told by Himself)

Translated by Raymond Rosenthal and Franco Ferrucci
At the center of Franco Ferrucci’s inspired novel is a tender, troubled God. In the beginning is God’s solitude, and because God is lonely he creates the world. He falls in love with earth, plunges into the oceans, lives as plant and reptile and bird. His every thought and mood serve to populate the planet, with consequences that run away from him—sometimes delightfully, sometimes unfortunately.

When a new arrival emerges from the apes, God believes he has finally found the companion he needs to help him make sense of his unruly creation. Yet, as the centuries pass, God feels more and more out of place in the world he has created; by the close of his memoir, he is packing his bags.

Highly praised and widely reviewed, The Life of God is a playful, wondrous, and irresistible book, recounting thousands of years of religious and philosophical thought.

"A supreme but imperfect entity, the protagonist of this religiously enlightened and orthodoxically heretical novel is possessed by a raving love for his skewed, unbalanced world. . . . Blessed are the readers, for this tale of God’s long insomnia will keep them happily awake. . . . Extraordinary." —Umberto Eco

"The Life of God is, in truth, the synthesis of a charming writer’s . . . expression of his boundless hopes for, and poignant disappointments in, his own human kind." —Jack Miles, New York Times Book Review

"Rather endearing. . . . This exceedingly amusing novel . . . is a continuous provocation and delight; there isn’t a dull page in it." —Kirkus Reviews

"A smart and charming knitting of secular and ecclesiastic views of the world. . . . The character of God is likable—sweet, utterly human. . . . The prose is delightful . . . the writing is consistently witty and intelligent and periodically hilarious." —Allison Stark Draper, Boston Review

"’God’s only excuse is that he does not exist,’ wrote Stendhal, but now Franco Ferrucci has provided the Supreme Being with another sort of alibi." —James Morrow, Washington Post Book World