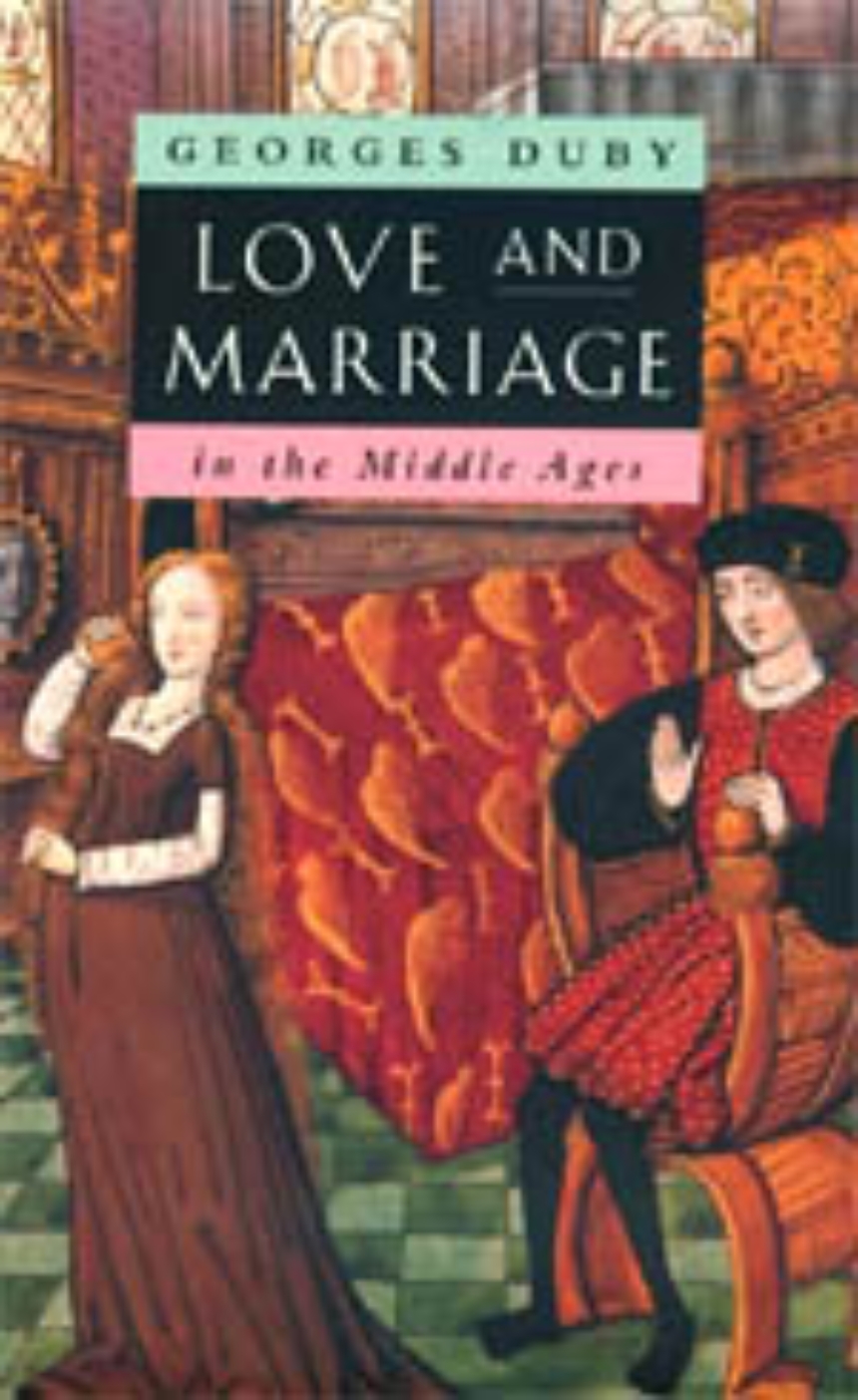 Love and Marriage in the Middle Ages

Love and Marriage in the Middle Ages

Translated by Jane Dunnett
Preeminent medieval scholar Georges Duby argues that the structure of sexual relationships took its cue from the family and from feudalism—both bastions of masculinity—as he reveals the role of women, what they represented, and what they were in the Middle Ages.

Beautifully written in Duby’s characteristically nuanced and powerful style, this collection is an ideal entree into Duby’s thinking about marriage and the diversities of love, spousal decorum, family structure, and their cultural context in bodily and spiritual values. Love and Marriage in the Middle Ages will be of great interest to students in social and cultural history, medieval and early modern history, and women’s studies, as well as those interested in the nature of social life in the Middle Ages.

Georges Duby (1919-1996) was a member of the Académie française and for many years held the distinguished chair in medieval history at the Collège de France. His books include The Three Orders; The Age of Cathedrals; The Knight, the Lady, and the Priest; Love and Marriage in the Middle Ages; and History Continues, all published by the University of Chicago Press.

Author’s Note
Sources and Acknowledgements
Translator’s Acknowledgements
1: Marriage in Early Medieval Society
2: What do we Know about Love in Twelfth-Century France?
3: The Matron and the Mismarried Woman
4: On Courtly Love
5: Le Roman de la Rose
6: Towards a History of Women in France and Spain
7: Family Structures in the West during the Middle Ages
8: The Relationship between Aristocratic Family and State Structures in Eleventh-Century France
9: Philip Augustus’s France: Social Changes in Aristocratic Circles
10: Problems and Methods in Cultural History
11: The History of Value Systems
12: The Renaissance of the Twelfth Century: Audience and Patronage
13: Observations on Physical Pain in the Middle Ages
14: Memories without Historians
15: Heresies and Societies in Preindustrial Europe between the Eleventh and Eighteenth Centuries
16: Trends in Historical Research in France, 1950-1980
Notes
Index