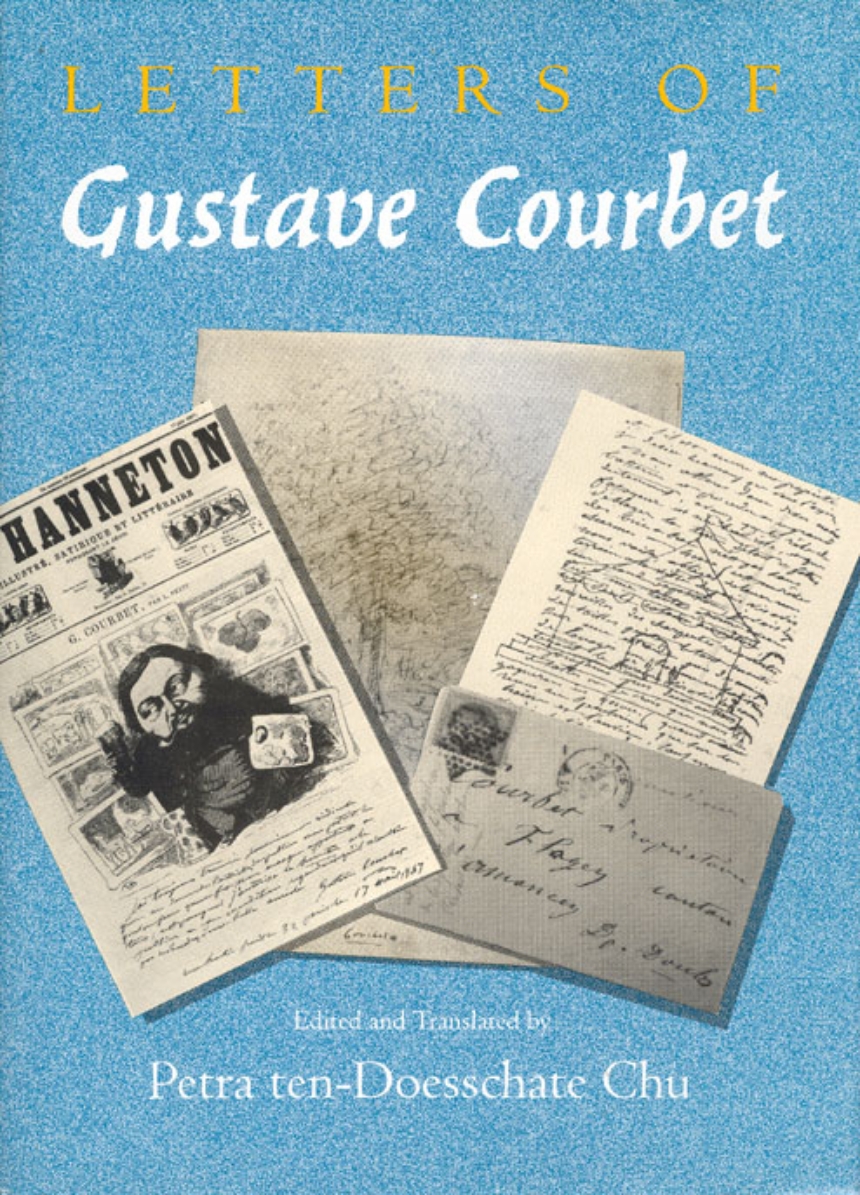 Edited and translated by Petra ten-Doesschate Chu
The French Realist painter Gustave Courbet (1819-77), a
pivotal figure in the emergence of modern painting, remains
an artist whose interests, attitudes, and friendships are
little understood. A voluminous correspondent, Courbet
himself, through his letters, offers a tantalizing avenue
toward a keener assessment of his character and
accomplishments. In her critical edition of over six hundred
of the artist’s letters, Petra ten-Doesschate Chu presents
just such a look at the inner life of the artist; her
unparalleled feat of gathering together all of Courbet’s
known letters, many heretofore unpublished and untranslated,
is sure to change our evaluation of Courbet’s creativity and
of his place in nineteenth-century French life.
Beginning when Courbet left his provincial home at
eighteen and ending eight days before his death in exile in
Switzerland, this correspondence enables readers to follow
the artist’s development from youth to mature artist of
international repute. Addressed to correspondents such as
the poet Charles Baudelaire, the painter Claude Monet, the
writers Champfleury, Victor Hugo, and Théeophile Gautier,
the political theorist Pierre-Joseph Proudhon, and the
politician Jules Simon, the letters offer numerous insights
into Courbet’s life and art as well as the cultural and
political activity of his day. In fascinating detail, they
present the artist’s relation to the contemporary media, his
deliberate choice of subject matter for Salon paintings, his
preoccupation with photography, and his participation in the
Commune.

Besides collecting, translating, and annotating the
letters, Chu provides an introduction, a chronology,
biographies of persons appearing frequently in the letters,
and a list of paintings and sculptures mentioned in the
letters. Her work is an essential resource of immediate use
to historians of art and culture, political and social
historians, and readers of biography.

Petra ten-Doesschate Chu is professor and head of the
Department of Art and Music at Seton Hall University.