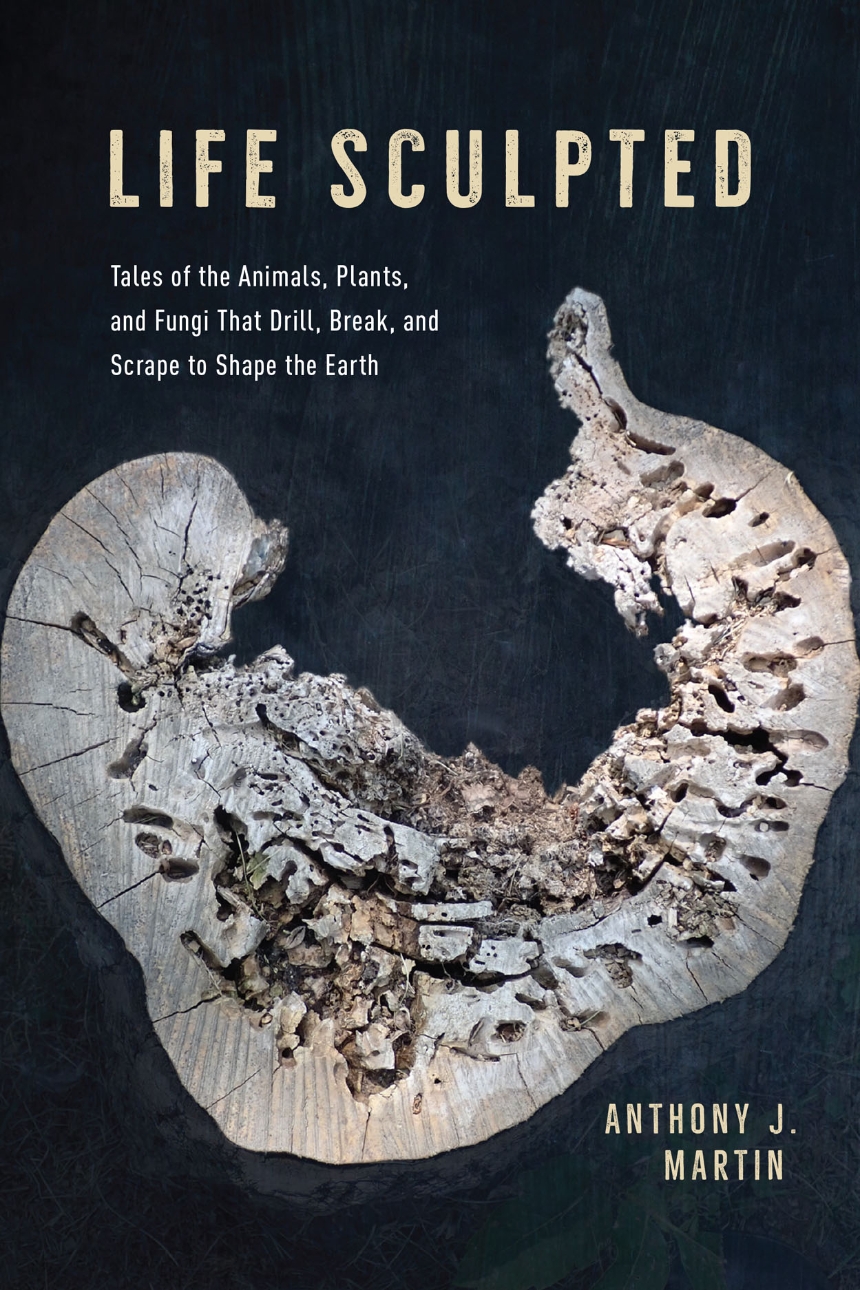 Tales of the Animals, Plants, and Fungi That Drill, Break, and Scrape to Shape the Earth

Tales of the Animals, Plants, and Fungi That Drill, Break, and Scrape to Shape the Earth

Meet the menagerie of lifeforms that dig, crunch, bore, and otherwise reshape our planet.

Did you know elephants dig ballroom-sized caves alongside volcanoes? Or that parrotfish chew coral reefs and poop sandy beaches? Or that our planet once hosted a five-ton dinosaur-crunching alligator cousin? In fact, almost since its fascinating start, life was boring. Billions of years ago bacteria, algae, and fungi began breaking down rocks in oceans, a role they still perform today. About a half-billion years ago, animal ancestors began drilling, scraping, gnawing, or breaking rocky seascapes. In turn, their descendants crunched through the materials of life itself—shells, wood, and bones. Today, such “bioeroders” continue to shape our planet—from the bacteria that devour our teeth to the mighty moon snail, always hunting for food, as evidenced by tiny snail-made boreholes in clams and other moon snails.

There is no better guide to these lifeforms than Anthony J. Martin, a popular science author, paleontologist, and co-discoverer of the first known burrowing dinosaur. Following the crumbs of lichens, sponges, worms, clams, snails, octopi, barnacles, sea urchins, termites, beetles, fishes, dinosaurs, crocodilians, birds, elephants, and (of course) humans, Life Sculpted reveals how bioerosion expanded with the tree of life, becoming an essential part of how ecosystems function while reshaping the face of our planet. With vast knowledge and no small amount of whimsy, Martin uses paleontology, biology, and geology to reveal the awesome power of life’s chewing force. He provokes us to think deeply about the past and present of bioerosion, while also considering how knowledge of this history might aid us in mitigating and adapting to climate change in the future. Yes, Martin concedes, sometimes life can be hard—but life also makes everything less hard every day.

“Anthony J. Martin is the Mary Roach of paleontology.”