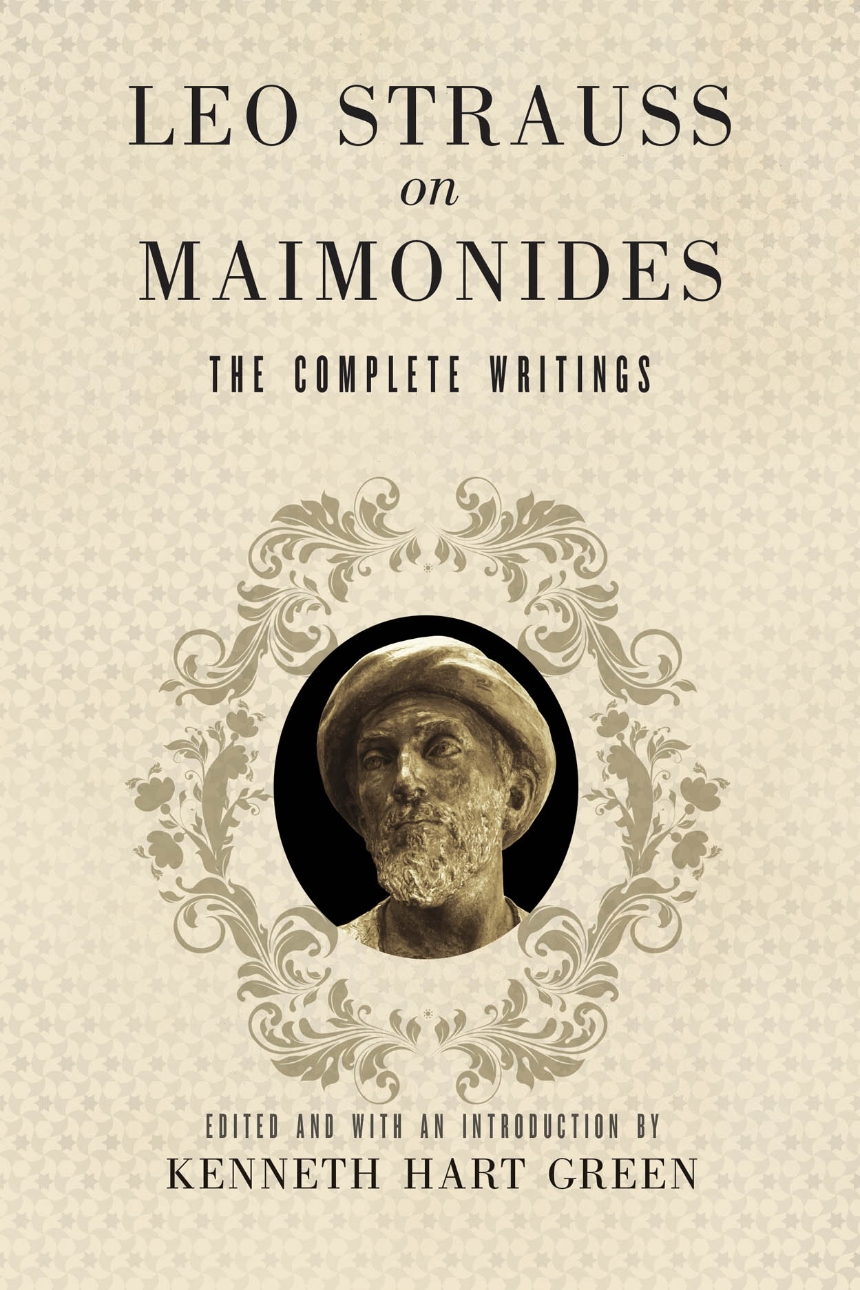 Edited and with an Introduction by Kenneth Hart Green
Leo Strauss is widely recognized as one of the foremost interpreters of Maimonides. His studies of the medieval Jewish philosopher led to his rediscovery of esotericism and deepened his sense that the tension between reason and revelation was central to modern political thought. His writings throughout the twentieth century were chiefly responsible for restoring Maimonides as a philosophical thinker of the first rank. Yet, to appreciate the extent of Strauss’s contribution to the scholarship on Maimonides, one has traditionally had to seek out essays he published separately spanning almost fifty years.
With Leo Strauss on Maimonides, Kenneth Hart Green presents for the first time a comprehensive, annotated collection of Strauss’s writings on Maimonides, comprising sixteen essays, three of which appear in English for the first time. Green has also provided careful translations of materials that had originally been quoted in Hebrew, Arabic, Latin, German, and French; written an informative introduction highlighting the original contributions found in each essay; and brought references to out-of-print editions fully up to date. The result will become the standard edition of Strauss’s writings on Maimonides.

“It is to the enduring credit of Leo Strauss that he effected a radical reconsideration of Maimonides. To be sure, philosophers have engaged Maimonides over the centuries, but none reached down so deep into his modus operandi. Strauss made clear the strategies pursued by Maimonides in his effort to convey discrete messages to different audiences, and that newly regained awareness of how Maimonides wrote—and hence needed to be read—gave rise to renewed vigorous debate.”

“Since the appearance of Strauss’s writings, the small handful of academics familiar with Maimonides has expanded to a sizable group, including academics in medieval studies, religious studies, philosophy, and political science. For the debate about Strauss and his legacy, for coming to terms with Maimonides, and for broaching the dispute between reason and revelation, this collection is indispensable."

"If Maimonides allows readers a new beginning with respect to an understanding of philosophy, and if Strauss allows readers a similarly new beginning concerning Maimonides’ thought, then surely Green’s two impressive new volumes allow readers an analogous beginning concerning the thought of Leo Strauss as it pertains to the question of revealed Law and reason—or, as Strauss put it, ’Jerusalem and Athens.’ . . . From his early Jew and Philosopher to his two new volumes, Green has argued in sustained fashion for the central importance of Maimonides to the thought of Strauss. These two books establish [that] beyond any doubt."

International Journal for the Philosophy of Religion

“Do we need medieval wisdom, and to explore anew the foundations of modern rationalism? Green gives a resolutely positive answer to these questions in his comprehensive study on Leo Strauss’s lifelong exploration of Maimonides’s work. His study is written in a personal and pleasing style which makes it a fitting companion to his recent edition of Strauss’s complete writings on this twelfth-century Jewish leader, physician, and philosopher. . . . One more significant contribution by Green to our understanding of Strauss’s work and to the contemporary resources for thinking through the theologico-political problem.”

“[Strauss’s] numerous publications and lectures are required reading for any serious academic study of Maimonides and his works. . . . Now, thanks to the work of Green, all of those studies will be accessible in one beautifully edited volume.”