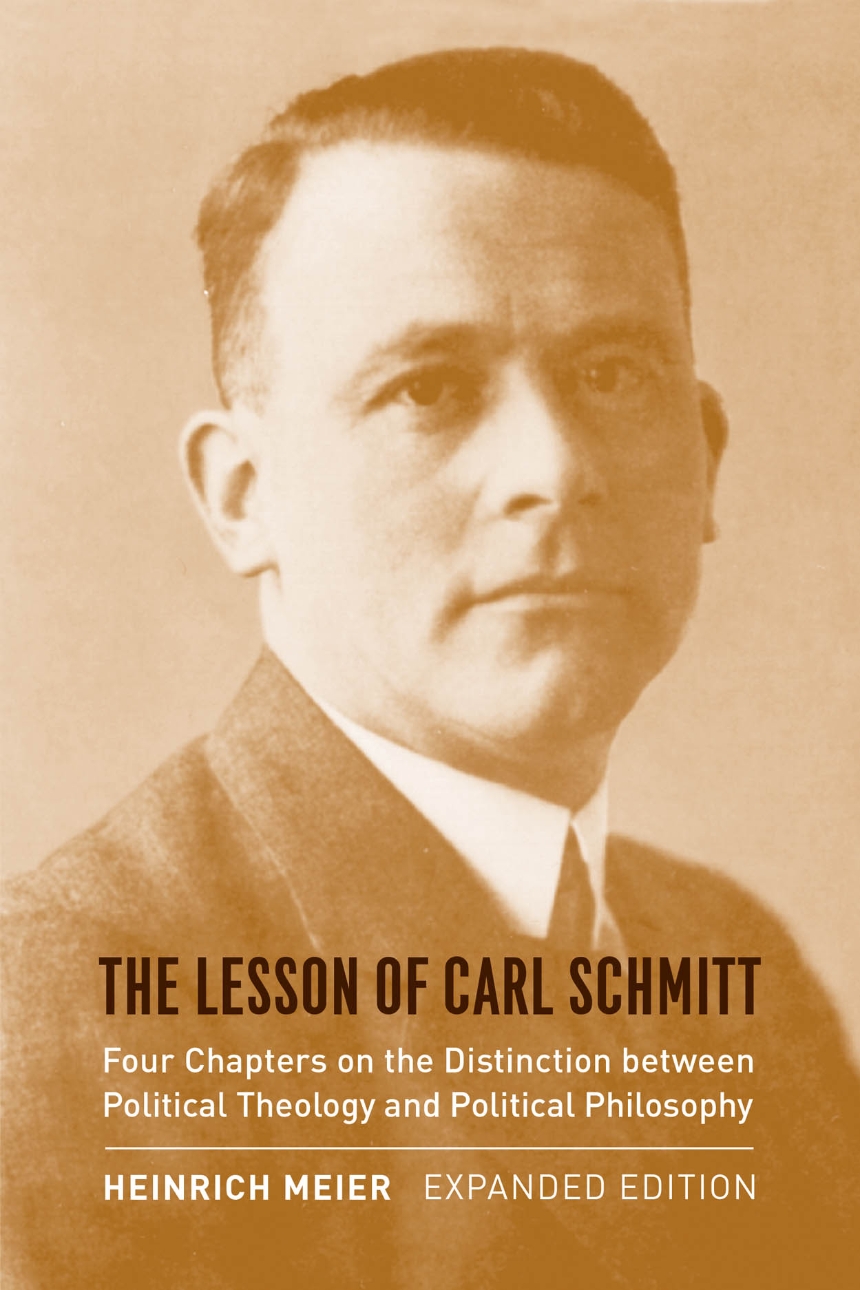 The Lesson of Carl Schmitt

Four Chapters on the Distinction between Political Theology and Political Philosophy, Expanded Edition

The Lesson of Carl Schmitt

Four Chapters on the Distinction between Political Theology and Political Philosophy, Expanded Edition

Translated by Marcus Brainard
New Essays Translated by Robert Berman
Heinrich Meier’s work on Carl Schmitt has dramatically reoriented the international debate about Schmitt and his significance for twentieth-century political thought. In The Lesson of Carl Schmitt, Meier identifies the core of Schmitt’s thought as political theology—that is, political theorizing that claims to have its ultimate ground in the revelation of a mysterious or suprarational God. This radical, but half-hidden, theological foundation underlies the whole of Schmitt’s often difficult and complex oeuvre, rich in historical turns and political convolutions, intentional deceptions and unintentional obfuscations.
In four chapters on morality, politics, revelation, and history, Meier clarifies the difference between political philosophy and Schmitt’s political theology and relates the religious dimension of his thought to his support for National Socialism and his continuing anti-Semitism. New to this edition are two essays that address the recently published correspondences of Schmitt—particularly with Hans Blumberg—and the light it sheds on his conception of political theology.

“To read this book carefully is most rewarding. With the precision of a detective the author uncovers the extent to which Schmitt’s thought is derived from theological presuppositions.”

“In my opinion—and in view of many private conversations with Carl Schmitt—there are good reasons for adopting Heinrich Meier’s interpretation.”

Translator’s Foreword
Preface to the American Edition
Preface to the German Edition
Abbreviations of Frequently Cited Texts by Carl Schmitt
I: Morality, or One’s Own Question as a Figure
II: Politics, or What is Truth?
III: Revelation, or He That is Not With Me is Against Me
IV: History, or the Christian Epimetheus
Translator’s Notes
Index of Names