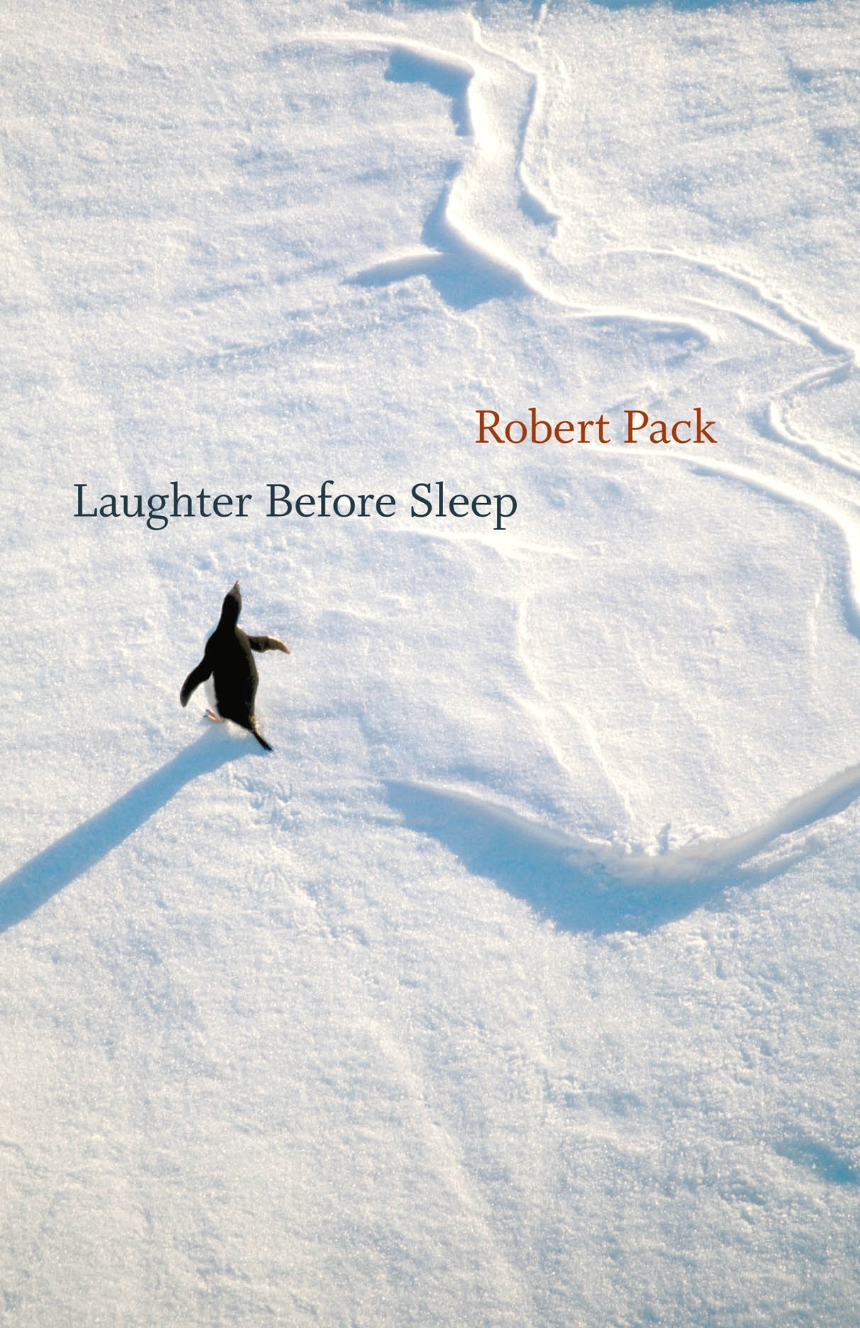 One of America’s most eminent nature poets, Robert Pack has won the acclaim of writers, critics, and readers from Stephen Jay Gould to Mark Strand. In his latest collection, Laughter Before Sleep, Pack carries on his themes of family and friends, responsibility to the natural world of evolved diversity, the transience of life, the fragility of happiness, and the consolations offered by art and music.

Laughter Before Sleep weighs the nature of endings from the perspective of old age and embraces the humor and play of memory that keep mortality at bay.As we are carried along with Pack’s lyrical, sensitive, and intelligent verse, he takes us on a moving but often comic journey toward the end of life. In the opening section, Pack composes poems that meditate upon a sense of his own diminishing and the meaning of absences. The middle sections form episodes of a memoir in verse, moving from family to history and back again, reflecting on the power of anecdote to shape a life in retrospect. With the final section, Pack recalls his unfulfilled plan to raise penguins in Montana, offers a panegyric on Darwin’s nose, and makes the mistake of trying to impress a police officer with a book of poems.
Filled with charm and wit but also with philosophical melancholy, Laughter Before Sleep is a superb addition to the poet’s oeuvre.

“A primary joy in Robert Pack’s Laughter Before Sleep is the breath and space into which he floats his ideas. . . . There is a seamless action and reaction as the poet not only presents the changes in nature but reveals the changes in himself.”

“Laughter Before Sleep is suffused with a tension between nature’s givens and the poet’s gift, resulting in lyrics of poignancy and resignation touched off, in the end, by Pack’s wit and will to affirmation.”