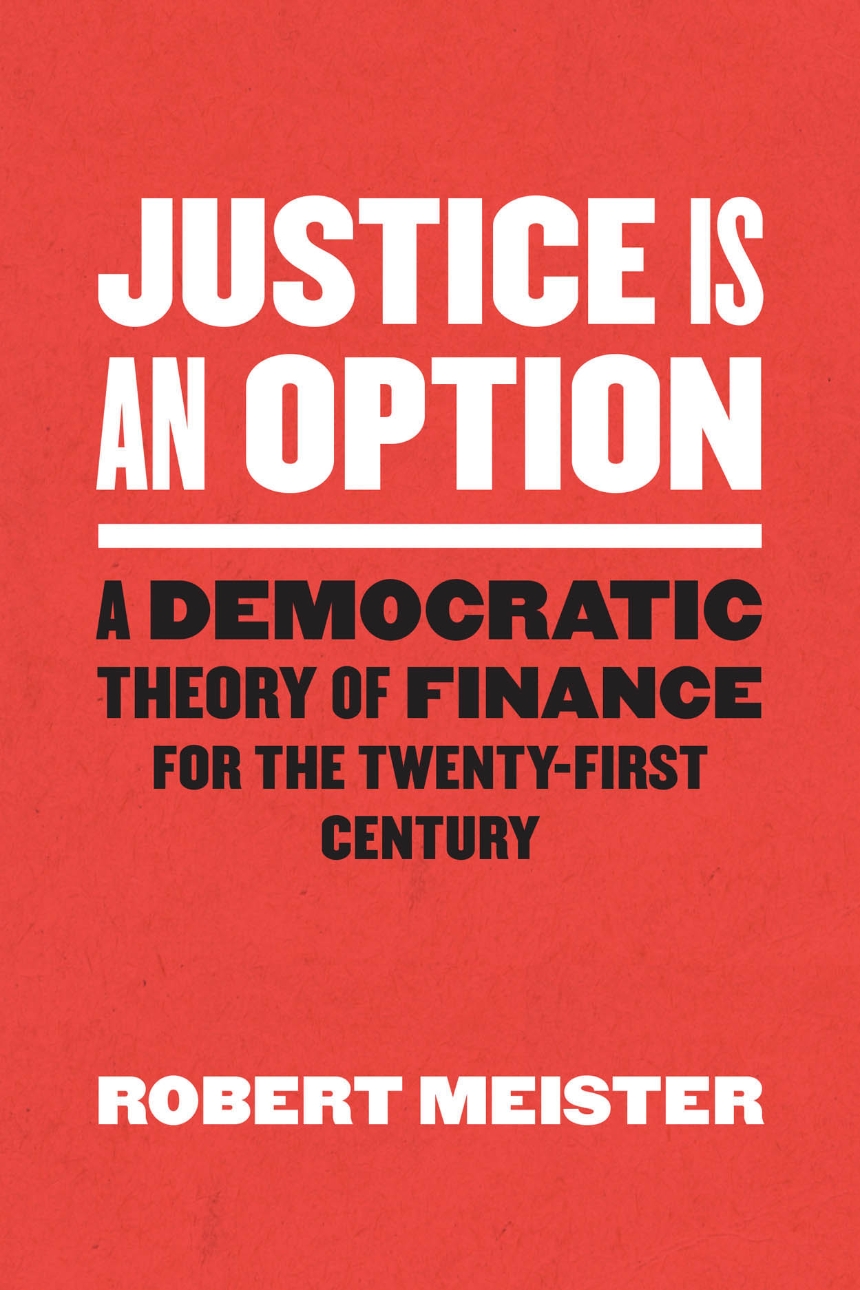 Justice Is an Option

A Democratic Theory of Finance for the Twenty-First Century

Justice Is an Option

A Democratic Theory of Finance for the Twenty-First Century

More than ten years after the worst crisis since the Great Depression, the financial sector is thriving. But something is deeply wrong. Taxpayers bore the burden of bailing out “too big to fail” banks, but got nothing in return. Inequality has soared, and a populist backlash against elites has shaken the foundations of our political order. Meanwhile, financial capitalism seems more entrenched than ever. What is the left to do?

Justice Is an Option uses those problems—and the framework of finance that created them—to reimagine historical justice. Robert Meister returns to the spirit of Marx to diagnose our current age of finance. Instead of closing our eyes to the political and economic realities of our era, we need to grapple with them head-on. Meister does just that, asking whether the very tools of finance that have created our vastly unequal world could instead be made to serve justice and equality. Meister here formulates nothing less than a democratic financial theory for the twenty-first century—one that is equally conversant in political philosophy, Marxism, and contemporary politics. Justice Is an Option is a radical, invigorating first page of a new—and sorely needed—leftist playbook.

“In Justice Is an Option, Meister engages in a brilliant analysis of contemporary financial markets and devices, and provides a further development of his theory of ‘historical justice.’ The result is an impressive and compelling book that makes a powerful contribution both to political theory and to the critical analysis of contemporary capitalism. It will unquestionably be of interest to scholars of finance and political theory, and it is sure to spur lively debates within activist circles and beyond the academic world.”

“This book is an amazing piece of theory and critique—highly original, comprehensively knowledgeable, and politically powerful. Meister’s latest work is exciting, to say the least, and it promises to lead to important breakthroughs in the current discussion about alternatives to capitalism.”