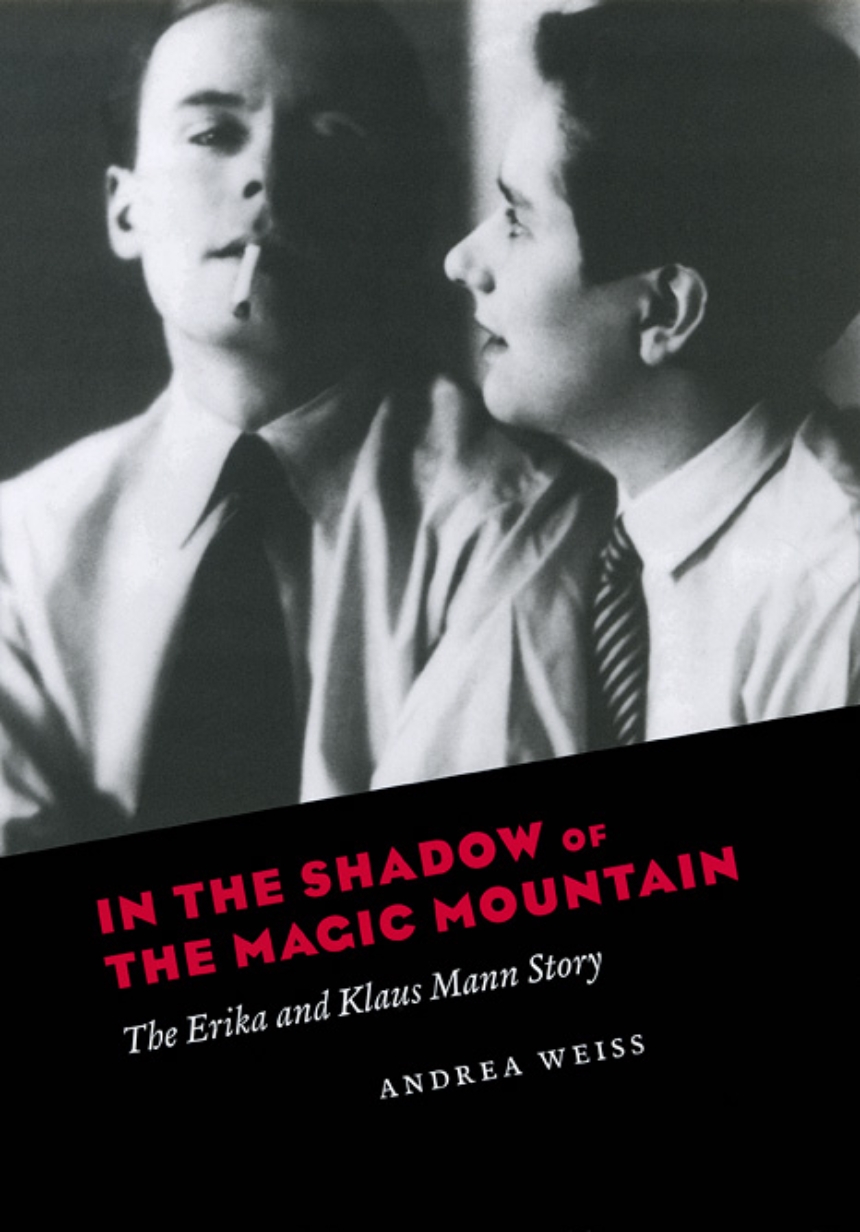 In the Shadow of the Magic Mountain

The Erika and Klaus Mann Story

In the Shadow of the Magic Mountain

The Erika and Klaus Mann Story

Thomas Mann’s two eldest children, Erika and Klaus, were unconventional, rebellious, and fiercely devoted to each other. Empowered by their close bond, they espoused vehemently anti-Nazi views in a Europe swept up in fascism and were openly, even defiantly, gay in an age of secrecy and repression. Although their father’s fame has unfairly overshadowed their legacy, Erika and Klaus were serious authors, performance artists before the medium existed, and political visionaries whose searing essays and lectures are still relevant today. And, as Andrea Weiss reveals in this dual biography, their story offers a fascinating view of the literary and intellectual life, political turmoil, and shifting sexual mores of their times.
In the Shadow of the Magic Mountain begins with an account of the make-believe world the Manns created together as children—an early sign of their talents as well as the intensity of their relationship. Weiss documents the lifelong artistic collaboration that followed, showing how, as the Nazis took power, Erika and Klaus infused their work with a shared sense of political commitment. Their views earned them exile, and after escaping Germany they eventually moved to the United States, where both served as members of the U.S. armed forces. Abroad, they enjoyed a wide circle of famous friends, including Andre Gide, Christopher Isherwood, Jean Cocteau, and W. H. Auden, whom Erika married in 1935. But the demands of life in exile, Klaus’s heroin addiction, and Erika’s new allegiance to their father strained their mutual devotion, and in 1949 Klaus committed suicide.
Beautiful never-before-seen photographs illustrate Weiss’s riveting tale of two brave nonconformists whose dramatic lives open up new perspectives on the history of the twentieth century.

“Andrea Weiss proves here that complex life forms can thrive in the dark. In the Shadow of the Magic Mountain illuminates not only its primary subjects, Erika and Klaus Mann, but also the father who overshadowed them. A brilliant and important work of historical and literary portraiture.”

David Hajdu, author of The Ten-Cent Plague: The Great Comic-Book Scare and How It Changed America

“Weiss has got hold of an intrinsically dramatic story, and she tells it well. The dual lives of Thomas Mann’s eldest children combine homosexuality, political conflict, and the unfathomable burden of being the offspring of Germany’s greatest living writer. The chief merit of Weiss’s lively rendering of this story is the way she links the fates of Mann’s progeny not only to one another but to many of the major figures of European culture. Hence her book also tells us a great deal about the lives of anti-fascist intellectuals and artists in the Nazi era.”

"Theirs is a fascinating tale. Outside the pages of the Manns’ own memoirs and essays, or Klaus’s deeply personal fiction, it’s hard to imagine it more sympathetically told."

"A fascinating glimpse into the two Manns’ eventful and celebrity-filled lives."

"The scene was set, the drama a tragedy. Klaus’s lifelong attempt to win his father’s approval--or die trying, which he did--was a campaign complicated and harried by cataclysmic world events brought masterfully into play by Weiss, and summed up on one word: Hitler."

"If you’ve ever dreamed of entering the elite literary circles of André Gide, Bertolt Brecht, Christopher Isherwood, and Carson McCullers, here’s your passport."

"Best of Summer Reading" | The Advocate