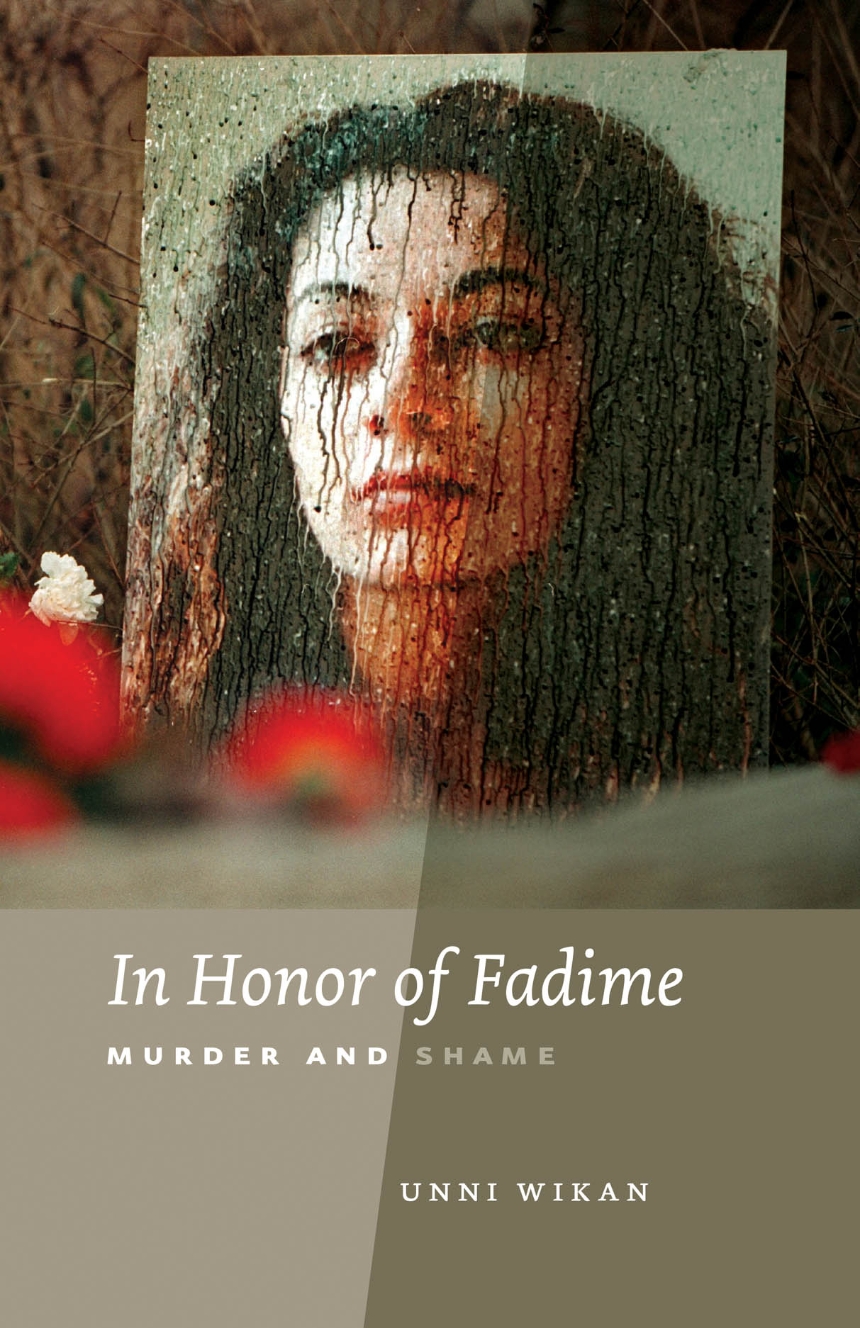 In Honor of Fadime

In Honor of Fadime

Translated by Anna Paterson
In 2002 young Fadime Sahindal was brutally murdered by her own father. She belonged to a family of Kurdish immigrants who had lived in Sweden for almost two decades. But Fadime’s relationship with a man outside of their community had deeply dishonored her family, and only her death could remove the stain. This abhorrent crime shocked the world, and her name soon became a rallying cry in the struggle to combat so-called honor killings.

Unni Wikan narrates Fadime’s heartbreaking story through her own eloquent words, along with the testimonies of her father, mother, and two sisters. What unfolds is a tale of courage and betrayal, loyalty and love, power and humiliation, and a nearly unfathomable clash of cultures. Despite enduring years of threats over her emancipated life, Fadime advocated compassion for her killer to the end, believing him to be trapped by an unyielding code of honor. Wikan puts this shocking event in context by analyzing similar honor killings throughout Europe, Canada, and the United States. She also examines the concept of honor in historical and cross-cultural depth, concluding that Islam itself is not to blame—indeed, honor killings occur across religious and ethnic traditions—but rather the way that many cultures have resolutely linked honor with violence.

In Honor of Fadime holds profound and timely insights into conservative Kurdish culture, but ultimately the heart of this powerful book is Fadime’s courageous and tragic story—and Wikan’s telling of it is riveting.

“Unni Wikan puts tough questions to herself and to her readers in this spellbinding, astonishing and courageous account of her personal journey across moral universes. In Honor of Fadime is far more than a eulogy—it is the best case study ever written about the way liberal and illiberal moral communities misunderstand and react to each other in Northern Europe. If murder is defined as a wrongful killing, is an honor killing murder? What precisely makes an honor killing wrong if it is an act of collective defense and a last resort to protect a family from humiliating and socially consequential harms inflicted on it by one of its members? This brilliant book takes us far beyond the ‘banality of evil’ as we arrive at an eye-opening (even if troubling) comprehension of how a morally decent husband and wife come to feel they have no choice but to kill their daughter.”--Richard A. Shweder, University of Chicago

“[Wikan] plunges the reader into a truly surreal, nightmare world. . . . This is a controlled but harrowing condemnation of an utter anachronism.”

"Anna Paterson’s idiomatic translation of the voices Wikan excerpts . . . and her own ethnographic observations convey the urgency of both the events and the troubling questions raised by Fadime’s life and death."

"’The problem is over now,’ Fadime’s father said after her death. To which one answer is to place such crimes, as Wikan does, under the prism of multiple, shifting, conflicting points of view, to tell the same story over and over again. In her book, everyone’s version, including the father’s, is told in full."