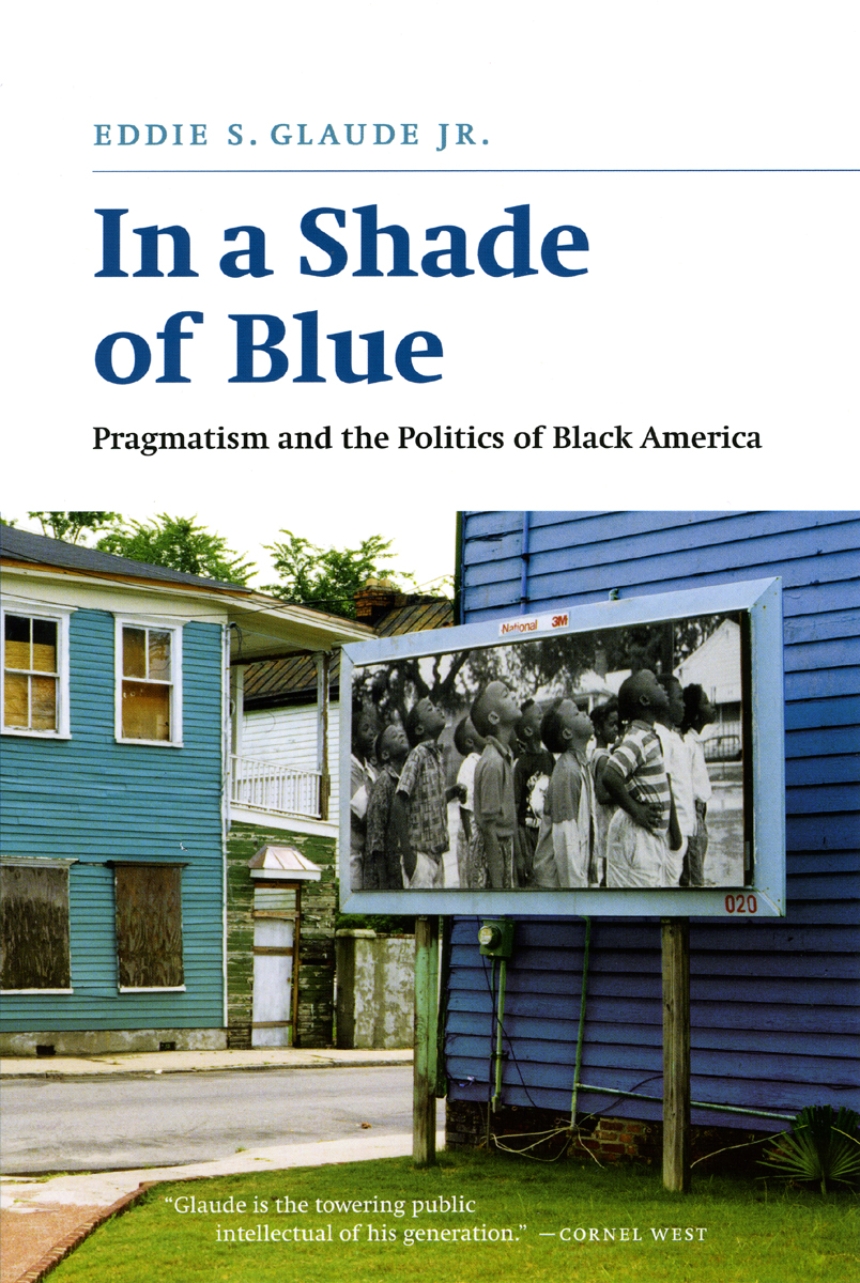 In a Shade of Blue

Pragmatism and the Politics of Black America

In a Shade of Blue

Pragmatism and the Politics of Black America

In this provocative book, Eddie S. Glaude Jr., one of our nation’s rising young African American intellectuals, makes an impassioned plea for black America to address its social problems by recourse to experience and with an eye set on the promise and potential of the future, rather than the fixed ideas and categories of the past. Central to Glaude’s mission is a rehabilitation of philosopher John Dewey, whose ideas, he argues, can be fruitfully applied to a renewal of African American politics.
According to Glaude, Dewey’s pragmatism, when attentive to the darker dimensions of life—or what we often speak of as the blues—can address many of the conceptual problems that plague contemporary African American discourse. How blacks think about themselves, how they imagine their own history, and how they conceive of their own actions can be rendered in ways that escape bad ways of thinking that assume a tendentious political unity among African Americans simply because they are black. Drawing deeply on black religious thought and literature, In a Shade of Blue seeks to dislodge such crude and simplistic thinking and replace it with a deeper understanding of and appreciation for black life in all its variety and intricacy. Glaude argues that only when black political leaders acknowledge such complexity can the real-life sufferings of many African Americans be remedied, an argument echoed in the recent rhetoric and optimism of the Barack Obama presidential campaign.
In a Shade of Blue is a remarkable work of political commentary and to follow its trajectory is to learn how African Americans arrived at this critical moment in their cultural and political history and to envision where they might head in the twenty-first century.
“Eddie Glaude is the towering public intellectual of his generation.”—Cornel West

“Eddie Glaude is poised to become the leading intellectual voice of our generation, raising questions that make us reexamine the assumptions we hold by expanding our inventory of ideas.”—Tavis Smiley

"An audacious attempt to wrestle with the significant theoretical and political challenges of race, religion, and reason in our contemporary moment."

Corey D. B. Walker | Journal of the American Academy of Religion

Preface
Acknowledgments
In a Shade of Blue: An Introduction

1. Tragedy and Moral Experience: John Dewey and Toni Morrison’s Beloved
2. “Black and Proud”: Reconstructing Black Identity
3. “Ethiopia Shall Stretch Forth Her Hands unto God”: The Problem of History in Black Theology
4. Agency, Slavery, and African American Christianity
5. Explicating Black Nationalism
6. The Eclipse of a Black Public and the Challenge of a Post-Soul Politics

Epilogue: The Covenant with Black America
Notes
Index
Back to top