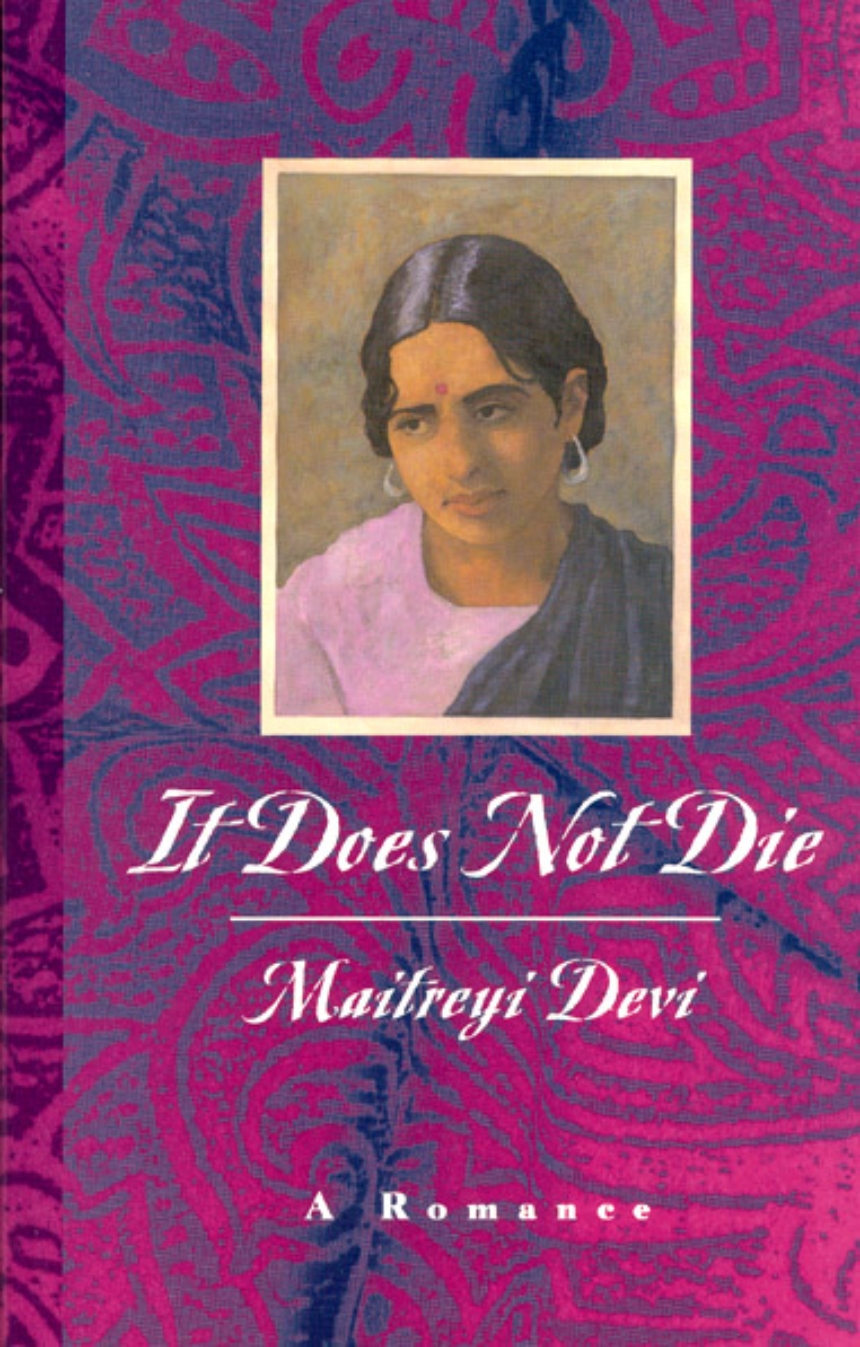 It Does Not Die

It Does Not Die

Translated by Maitreyi Devi
Precocious, a poet, a philosopher’s daughter, Maitreyi Devi was sixteen years old in 1930 when Mircea Eliade came to Calcutta to study with her father. More than forty years passed before Devi read Bengal Nights, the novel Eliade had fashioned out of their encounter, only to find small details and phrases, even her given name, bringing back episodes and feelings she had spent decades trying to forget. It Does Not Die is Devi’s response. In part a counter to Eliade’s fantasies, the book is also a moving account of a first love fraught with cultural tensions, of false starts and lasting regrets.

Proud of her intelligence, Maitreyi Devi’s father had provided her with a fine and, for that time, remarkably liberal education — and encouraged his brilliant foreign student, Eliade, to study with her. "We were two good exhibits in his museum," Devi writes. They were also, as it turned out, deeply taken with each other. When their secret romance was discovered, Devi’s father banished the young Eliade from their home.

Against a rich backdrop of life in an upper-caste Hindu household, Devi powerfully recreates the confusion of an over-educated child simultaneously confronting sex and the differences, not only between European and Indian cultures, but also between her mother’s and father’s view of what was right. Amid a tangle of misunderstandings, between a European man and an Indian girl, between student and teacher, husband and wife, father and daughter, she describes a romance unfolding in the face of cultural differences but finally succumbing to cultural constraints. On its own, It Does Not Die is a fascinating story of cultural conflict and thwarted love. Read together with Eliade’s Bengal Nights, Devi’s "romance" is a powerful study of what happens when the oppositions between innocence and experience, enchantment and disillusion, and cultural difference and colonial arrogance collide.

"In two novels written forty years apart, a man and a woman tell stories of their love. . . . Taken together they provide an unusually touching story of young love unable to prevail against an opposition whose strength was tragically buttressed by the uncertainties of a cultural divide."—Isabel Colegate, New York Times Book Review

"Recreates, with extraordinary vividness, the 16-year-old in love that she had been. . . . Maitreyi is entirely, disarmingly open about her emotions. . . . An impassioned plea for truth."—Anita Desai, New Republic

"Something between a reunion and a duel. Together they detonate the classic bipolarities: East-West, life-art, woman-man."—Richard Eder, New York Newsday

A review essay: A Terrible Hurt: The Untold Story behind the Publishing of Maitreyi Devi