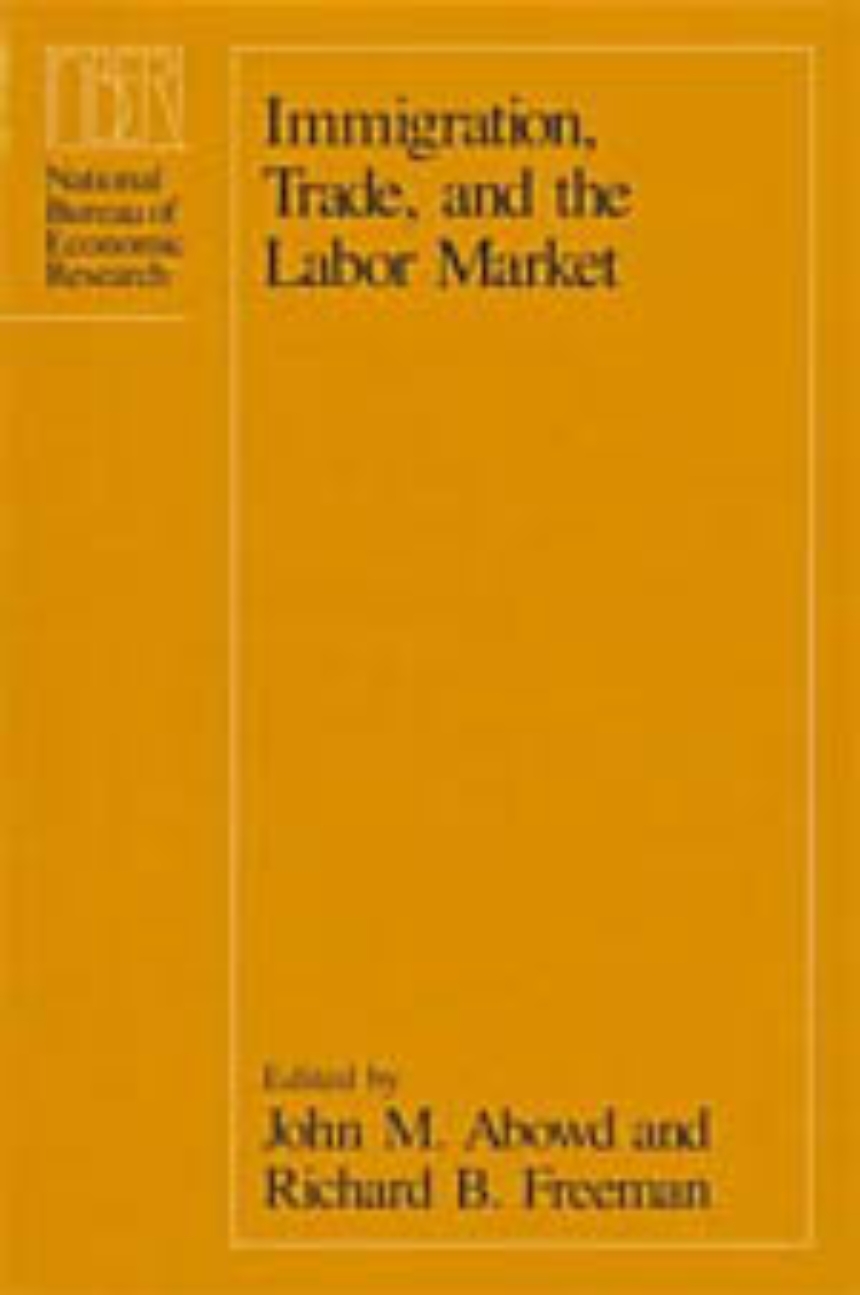 Immigration, Trade, and the Labor Market

Edited by John M. Abowd and Richard B. Freeman

Immigration, Trade, and the Labor Market

Edited by John M. Abowd and Richard B. Freeman

Are immigrants squeezing Americans out of the work force? Or is competition wth foreign products imported by the United States an even greater danger to those employed in some industries? How do wages and unions fare in foreign-owned firms? And are the media’s claims about the number of illegal immigrants misleading?

Prompted by the growing internationalization of the U.S. labor market since the 1970s, contributors to Immigration, Trade, and the Labor Market provide an innovative and comprehensive analysis of the labor market impact of the international movements of people, goods, and capital. Their provocative findings are brought into perspective by studies of two other major immigrant-recipient countries, Canada and Australia. The differing experiences of each nation stress the degree to which labor market institutions and economic policies can condition the effect of immigration and trade on economic outcomes
Contributors trace the flow of immigrants by comparing the labor market and migration behavior of individual immigrants, explore the effects of immigration on wages and employment by comparing the composition of the work force in local labor markets, and analyze the impact of trade on labor markets in different industries. A unique data set was developed especially for this study—ranging from an effort to link exports/imports with wages and employment in manufacturing industries, to a survey of illegal Mexican immigrants in the San Diego area—which will prove enormously valuable for future research.