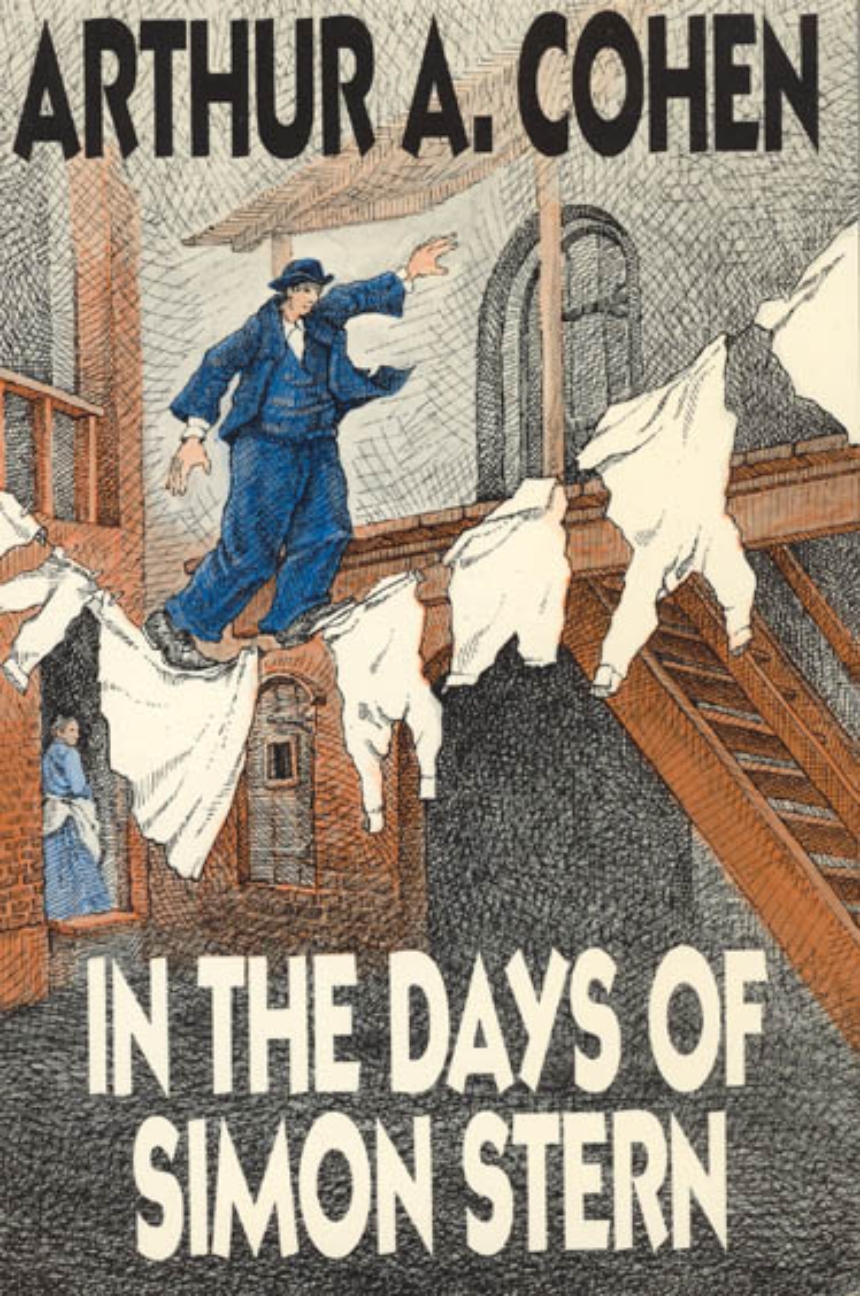 In the Days of Simon Stern

In the Days of Simon Stern

Nathan, a blind Jewish scribe, tells the story of the coming of the Messiah in the person of one Simon Stern—from his birth on the Lower East Side, through his career as a millionaire dealer in real estate, to his building of a refuge for the Jewish remnant of World War II.

"A majestic work of fiction that should stand world literature’s test of time, to be read and reread. A masterpiece."—Commonweal

"This book ensnares one of the most extraordinarily daring ideas to inhabit an American novel in a number of years. For one thing, it is that risky devising, dreamed of only by the Thomas Manns of the world, a serious and vastly conceived fiction bled out of the theological imagination. For another, it is clearly an ’American’ novel—altogether American, despite its Jewish particularity: it is not so much about the history of the Jews as it is about the idea of the New World as haven. . . . In its teeming particularity every vein of this book runs with a brilliance of Jewish insight and erudition to be found in no other novelist. Arthur Cohen is the first writer of any American generation to compose a profoundly Jewish fiction on a profoundly Western theme."—Cynthia Ozick, New York Times Book Review

"This stately, ambitious amalgam of Jewish myth, history, theology, and speculations on the Jewish soul is like an enormous Judaic archeological ruin—often hard for the uninitiated to interpret, but impressive. . . . Intelligent, inventive, fascinating."—New Yorker