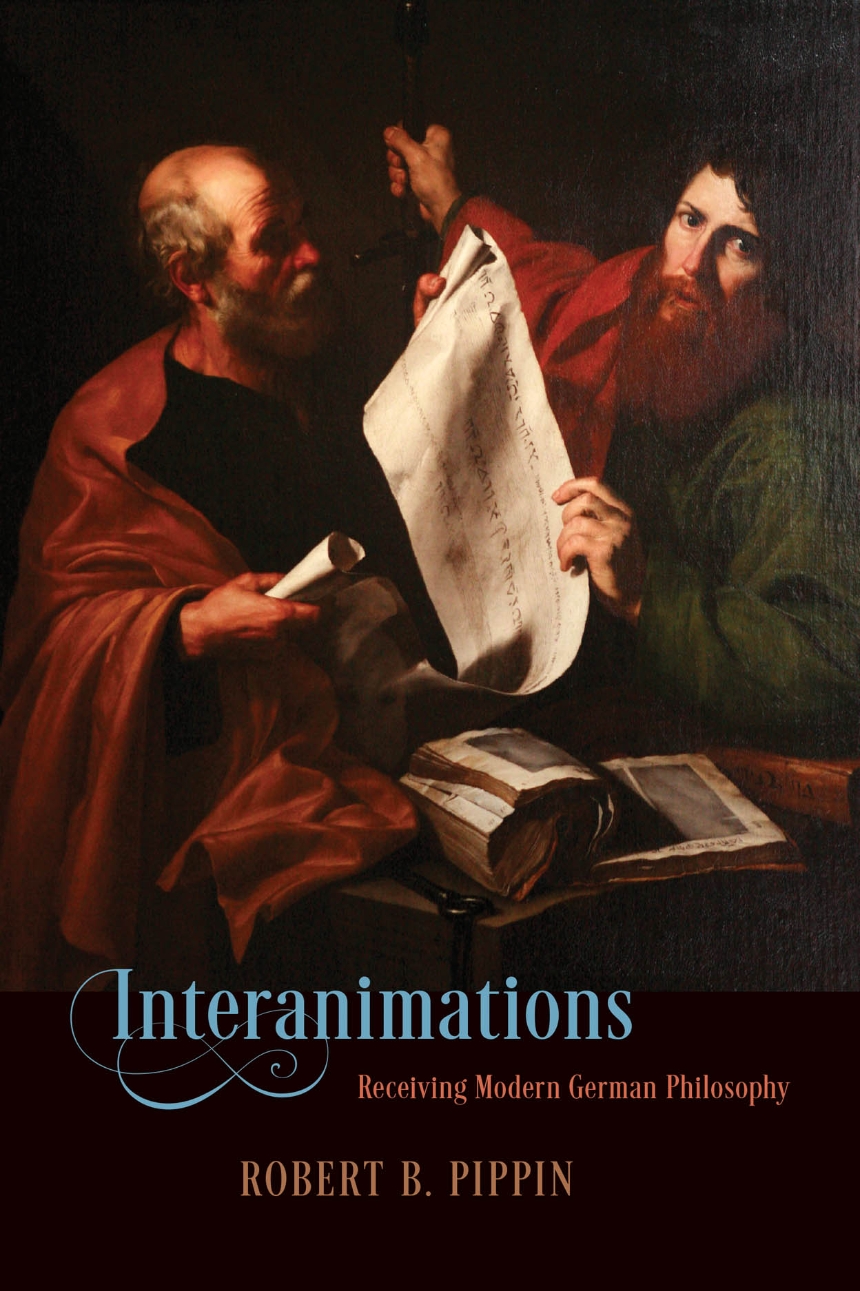 In this latest book, renowned philosopher and scholar Robert B. Pippin offers the thought-provoking argument that the study of historical figures is not only an interpretation and explication of their views, but can be understood as a form of philosophy itself. In doing so, he reconceives philosophical scholarship as a kind of network of philosophical interanimations, one in which major positions in the history of philosophy, when they are themselves properly understood within their own historical context, form philosophy’s lingua franca. Examining a number of philosophers to explore the nature of this interanimation, he presents an illuminating assortment of especially thoughtful examples of historical commentary that powerfully enact philosophy.

After opening up his territory with an initial discussion of contemporary revisionist readings of Kant’s moral theory, Pippin sets his sights on his main objects of interest: Hegel and Nietzsche. Through them, however, he offers what few others could: an astonishing synthesis of an immense and diverse set of thinkers and traditions. Deploying an almost dialogical, conversational approach, he pursues patterns of thought that both shape and, importantly, connect the major traditions: neo-Aristotelian, analytic, continental, and postmodern, bringing the likes of Heidegger, Honneth, MacIntyre, McDowell, Brandom, Strauss, Williams, and Žižek—not to mention Hegel and Nietzsche— into the same philosophical conversation.

By means of these case studies, Pippin mounts an impressive argument about a relatively under discussed issue in professional philosophy—the bearing of work in the history of philosophy on philosophy itself—and thereby he argues for the controversial thesis that no strict separation between the domains is defensible.

“Among Pippin’s many superlative gifts is the ability to write lucid, probing, and original assessments of recent philo­sophical texts that engage with classic issues in the writings of earlier philosophers, mainly (as here) in the German tradition from Kant and Hegel to Nietzsche and Heidegger and beyond. Basic to this ability is Pippin’s conviction that, rightly understood, the issues in question are of the highest contemporary interest—an intellectual stance that thrillingly informs all the essays in this remarkable book.”

“In Interanimations, Pippin’s treatment of crucial and intensely difficult issues in the interpretation of Hegel and Nietzsche is of extraordinary quality; at every point he brings to bear his total mastery of the post-Kantian development and provides original, striking insights. The same holds for the book’s broader agenda—to throw much-needed light on the practice of the history of philosophy, where we appear to face a hard choice between either consigning texts to the past or instrumentalizing them for present purposes. Pippin not only demonstrates that a course can be steered between these unpalatable alternatives but explains why, for deep and principled reasons, philosophical satisfaction demands their combination.”

“Pippin has long been a leading voice in the history of philosophy. With Interanimations, he brings his readership right into the process of philosophizing historically. The book brings together eleven chapters that engage with other important readers of some of his touchstone historical philosophers (notably Hegel, Nietzsche, Kant). It thereby advances debates with prominent thinkers like McDowell, Brandom, Nehamas, Williams, Heidegger, and MacIntyre. But its real stakes are still larger: Pippin’s book aims to show us what it is to advance philosophy through engaging the great minds of the past—and through an ongoing conversation and argument with others doing the same. From this point of view, philosophizing historically is very much a future-oriented enterprise, addressing the foundational philosophical concerns of our culture. Every reader who cares about the problems and prospects of modernity will find stimulation, provocation, and remarkable inspiration in these pages.”

“Interanimations brings together thinkers from an impressive variety of traditions around Hegel and Nietzsche. The fascination of seeing one mind respond to people as diverse as McDowell, Strauss, and Žižek is what really makes this book stand out, and I know of no one today other than Pippin who could write it.”

“In Interanimations, Pippin brings his interpretations of German philosophers into conversation with others' interpretations. . . . This book is highly recommended.”