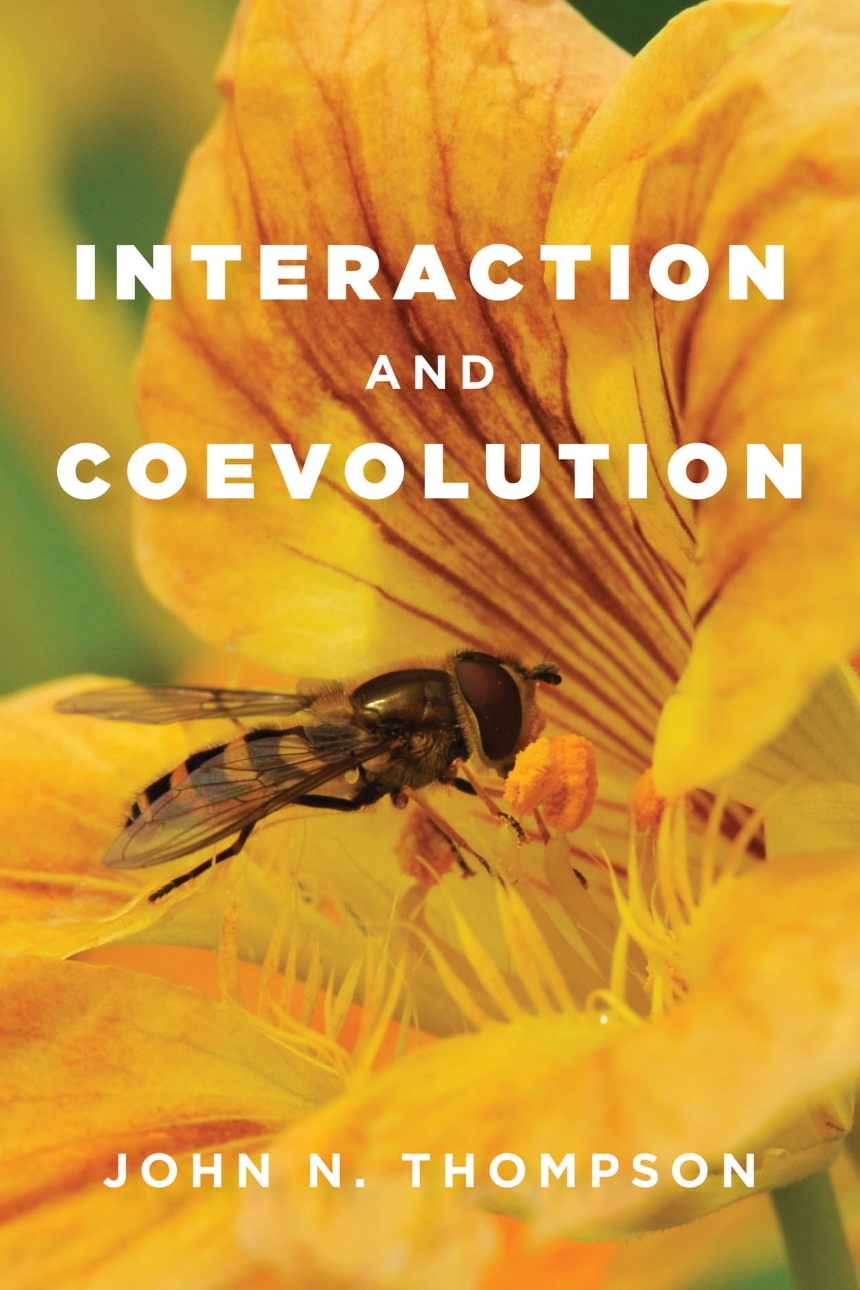 “It is not only the species that change evolutionarily through interactions . . . the interactions themselves also change.” Thus states John N. Thompson in the foreword to Interaction and Coevolution, the first title in his series of books exploring the relentless nature of evolution and the processes that shape the web of life. Originally published in 1982 more as an idea piece—an early attempt to synthesize then academically distinct but logically linked strands of ecological thought and to suggest avenues for further research—than as a data-driven monograph, Interaction and Coevolution would go on to be considered a landmark study that pointed to the beginning of a new discipline. Through chapters on antagonism, mutualism, and the effects of these interactions on populations, speciation, and community structure, Thompson seeks to explain not only how interactions differ in the selection pressures they exert on species, but also when interactions are most likely to lead to coevolution. In this era of climate change and swiftly transforming environments, the ideas Thompson puts forward in Interaction and Coevolution are more relevant than ever before.

“It is an audacious thing to write a book about a subject as broad, diffuse, and poorly known as the interaction and coevolution of species in nature. One could ease the burden by spreading it over one’s colleagues in a symposium format . . . or give some of the necessary naked speculations concealment in a dense compilation of natural history painstakingly assembled from a huge literature. . . . Thompson, however, has chosen the most audacious approach to his audacious subject; he has produced a Slim Volume which neither is nor pretends to be anything more than a personal attempt to find basic patterns and general truths, and to illustrate these with a manageable set of case studies.”

“Evolutionary biology explores the links between genetic change and variation in form and function, while community ecology seeks to explain the distribution and abundance of species that are tacitly treated as fixed in form and function. The two intellectual traditions simply do not mix easily. To get a grip on such a slippery topic, Thompson gives us a thoughtful and scholarly discussion of a remarkably broad spectrum of coevolutionary phenomena, ranging from the traditional ‘antagonisms’ of ecological competition, parasitism, and predation to the mutual dependencies found in pollination, seed dispersal, and symbioses. . . . Thompson has a keen eye for the essential issues in each area that he reviews; rarely have I seen as critical a treatment of such a broad literature. . . . [Interaction and Coevolution] should be read by every student of coevolution.”

“Thompson is to be congratulated on drawing together a very broad range of concepts in search of patterns in the evolution of interactions. . . . [Interaction and Coevolution] is well presented and clearly structured to provide an original conceptual framework which forms a useful advance in this subject.”