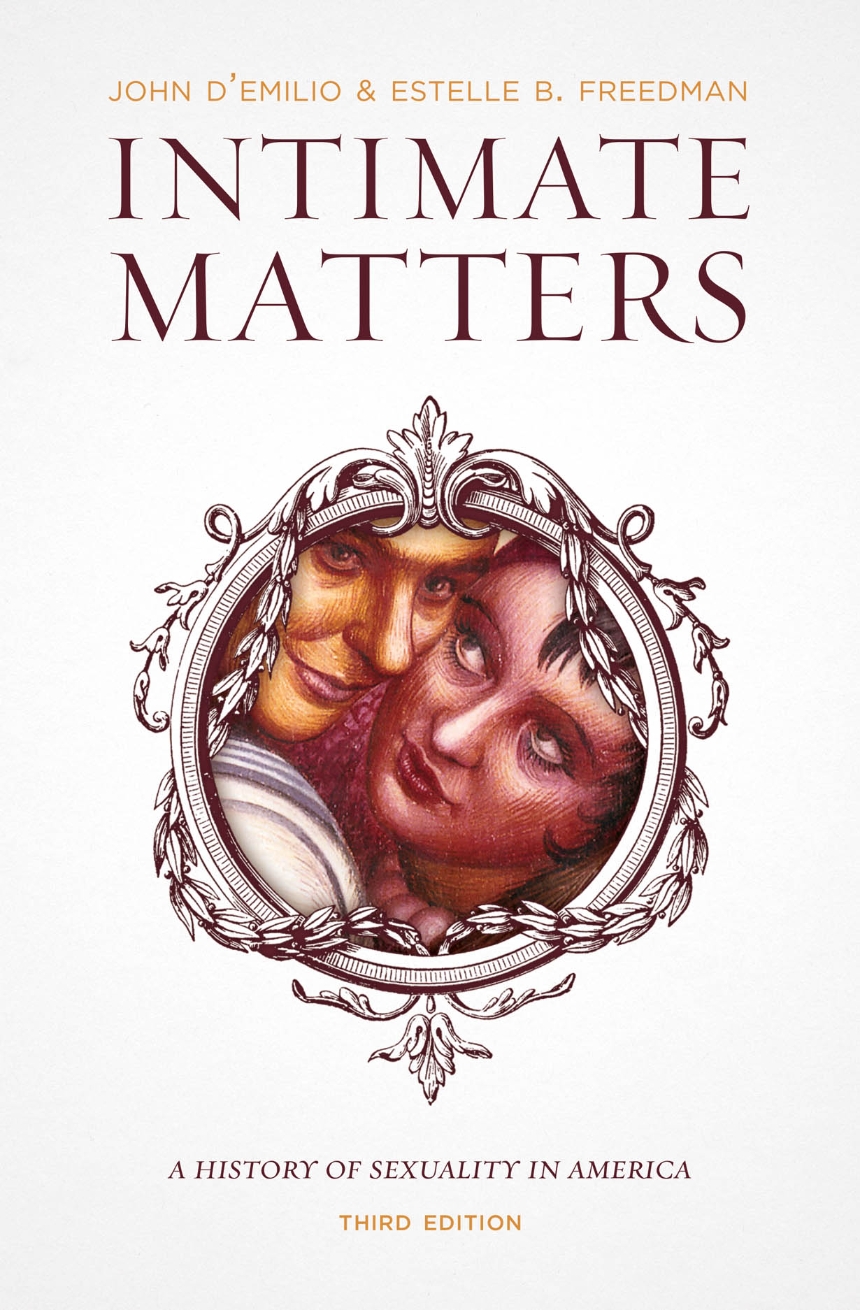 A History of Sexuality in America, Third Edition

John D'Emilio and Estelle B. Freedman

A History of Sexuality in America, Third Edition

John D'Emilio and Estelle B. Freedman

As the first full-length study of the history of sexuality in America, Intimate Matters offered trenchant insights into the sexual behavior of Americans from colonial times to the present. Now, twenty-five years after its first publication, this groundbreaking classic is back in a crucial and updated third edition. With new and extended chapters, D’Emilio and Freedman give us an even deeper understanding of how sexuality has dramatically influenced politics and culture throughout our history and into the present.
Hailed by critics for its comprehensive approach and noted by the US Supreme Court in the landmark Lawrence v. Texas ruling, this expanded new edition of Intimate Matters details the changes in sexuality and the ongoing growth of individual freedoms in the United States through meticulous research and lucid prose.
Praise for earlier editions
“The book John D’Emilio co-wrote with Estelle B. Freedman, Intimate Matters, was cited by Supreme Court Justice Anthony Kennedy when, writing for a majority of court on July 26, he and his colleagues struck down a Texas law criminalizing sodomy. The decision was widely hailed as a victory for gay rights—and it derived in part, according to Kennedy's written comments, from the information he gleaned from this book.”—Julia Keller, Chicago Tribune
“Fascinating. . . . D’Emilio and Freedman marshal their material to chart a gradual but decisive shift in the way Americans have understood sex and its meaning in their lives.” —Barbara Ehrenreich, New York Times Book Review
“With comprehensiveness and care . . . D’Emilio and Freedman have surveyed the sexual patterns for an entire nation across four centuries.” —Martin Bauml Duberman, Nation

1. Cultural Diversity in the Era of Settlement
2. Family Life and the Regulation of Deviance
3. Seeds of Change

4. Within the Family
5. Race and Sexuality
6. Outside the Family
7. Sexual Politics

8. "Civilized Morality" Under Stress
9. Crusades for Sexual Order
10. Breaking with the Past

Part IV: THE RISE AND FALL OF SEXUAL LIBERALISM, 1920 TO THE PRESENT