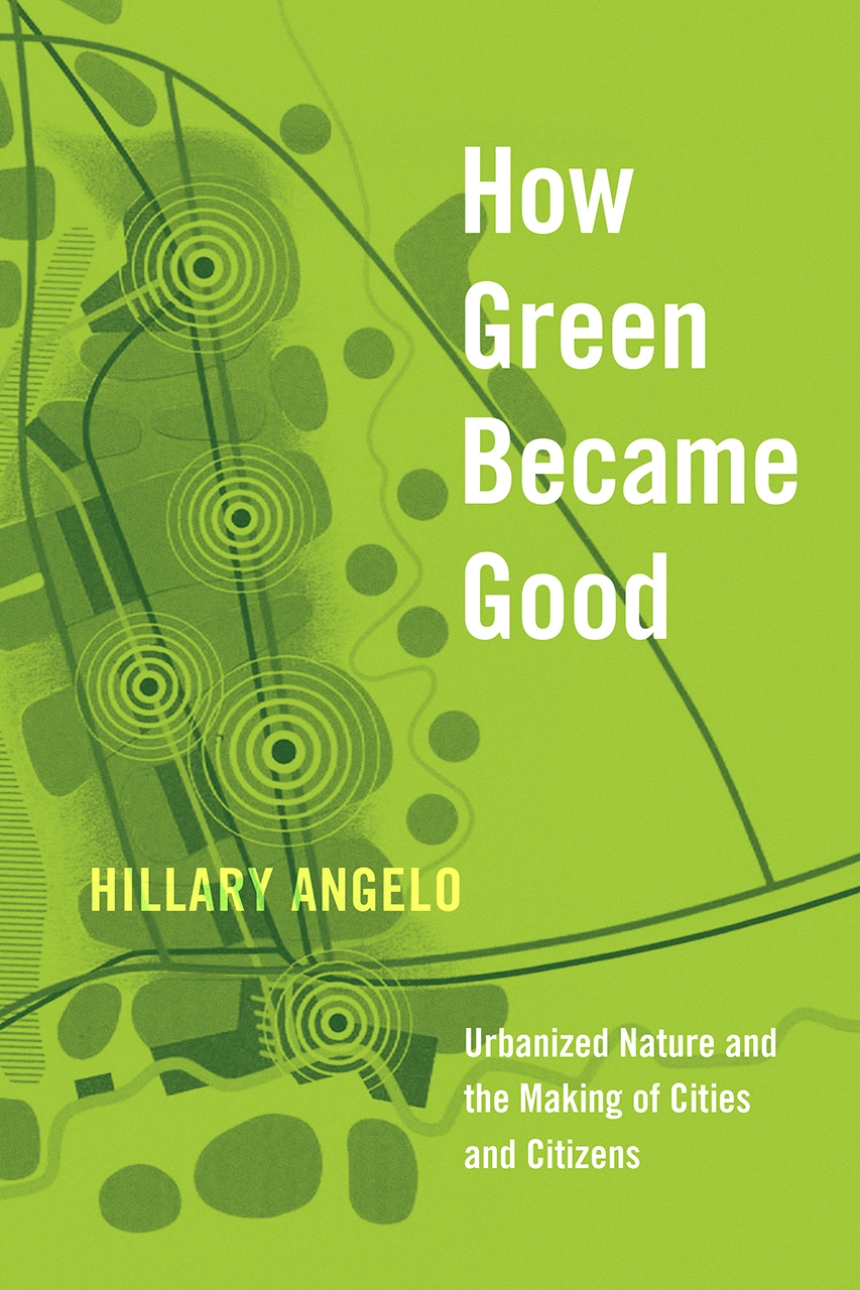 Urbanized Nature and the Making of Cities and Citizens

Urbanized Nature and the Making of Cities and Citizens

As projects like Manhattan’s High Line, Chicago’s 606, China’s eco-cities, and Ethiopia’s tree-planting efforts show, cities around the world are devoting serious resources to urban greening. Formerly neglected urban spaces and new high-end developments draw huge crowds thanks to the considerable efforts of city governments. But why are greening projects so widely taken up, and what good do they do? In How Green Became Good, Hillary Angelo uncovers the origins and meanings of the enduring appeal of urban green space, showing that city planners have long thought that creating green spaces would lead to social improvement. Turning to Germany’s Ruhr Valley (a region that, despite its ample open space, was “greened” with the addition of official parks and gardens), Angelo shows that greening is as much a social process as a physical one. She examines three moments in the Ruhr Valley's urban history that inspired the creation of new green spaces: industrialization in the late nineteenth century, postwar democratic ideals of the 1960s, and industrial decline and economic renewal in the early 1990s. Across these distinct historical moments, Angelo shows that the impulse to bring nature into urban life has persistently arisen as a response to a host of social changes, and reveals an enduring conviction that green space will transform us into ideal inhabitants of ideal cities. Ultimately, however, she finds that the creation of urban green space is more about how we imagine social life than about the good it imparts.

“Angelo risks sacrilege; she takes on nature as a mundane tool of politics, entertainment, and real estate. The ideology of green comes out of its black box, exposed to insightful and historically aware analysis.”

“Written with verve and meticulous attention to historical detail, How Green Became Good illuminates the hows and whys of the contemporary phenomenon of ‘urbanized nature.’ Angelo convincingly moves from micro-level investigations of moral judgments and responses surrounding pet rabbits to macro-level examinations of top-down globalized urban greening projects. A tour de force, this book will prompt a rethinking of the green-as-good reflex."

"How Green Became Good takes the conventional western urban imagination out of Chicago’s Loop and past Los Angeles’s Sixty-Mile-Circle to the expanse of the Ruhr and rewrites urban theory from there. This brilliant book on more than a century of “urbanized nature” in Germany’s former industrial heartland will forever change our views of the industrial city as preceding the green city.  If you are looking for a concept of the urban beyond the Zwischenstadt, you will find it in Angelo’s magisterial contribution."

"How Green Became Good is an exceptionally robust work of historical sociology, shown by the fact that Angelo not only provides the reader with the historical specifics of each greening project analyzed in the book, but also uses those details to skillfully build a general theoretical explanation for how urban greening works as a social process. . . .  Angelo’s work serves as a model for other scholars inclined to take a historical approach to answering question sin urban sociology and urban studies."

1 The Imaginative Turn to the City

2 Building an Urban Future through Nature

3 The Space-Time of Democracy: Parks as a Bourgeois Public Sphere

6 Experiencing Nature as a Public Good