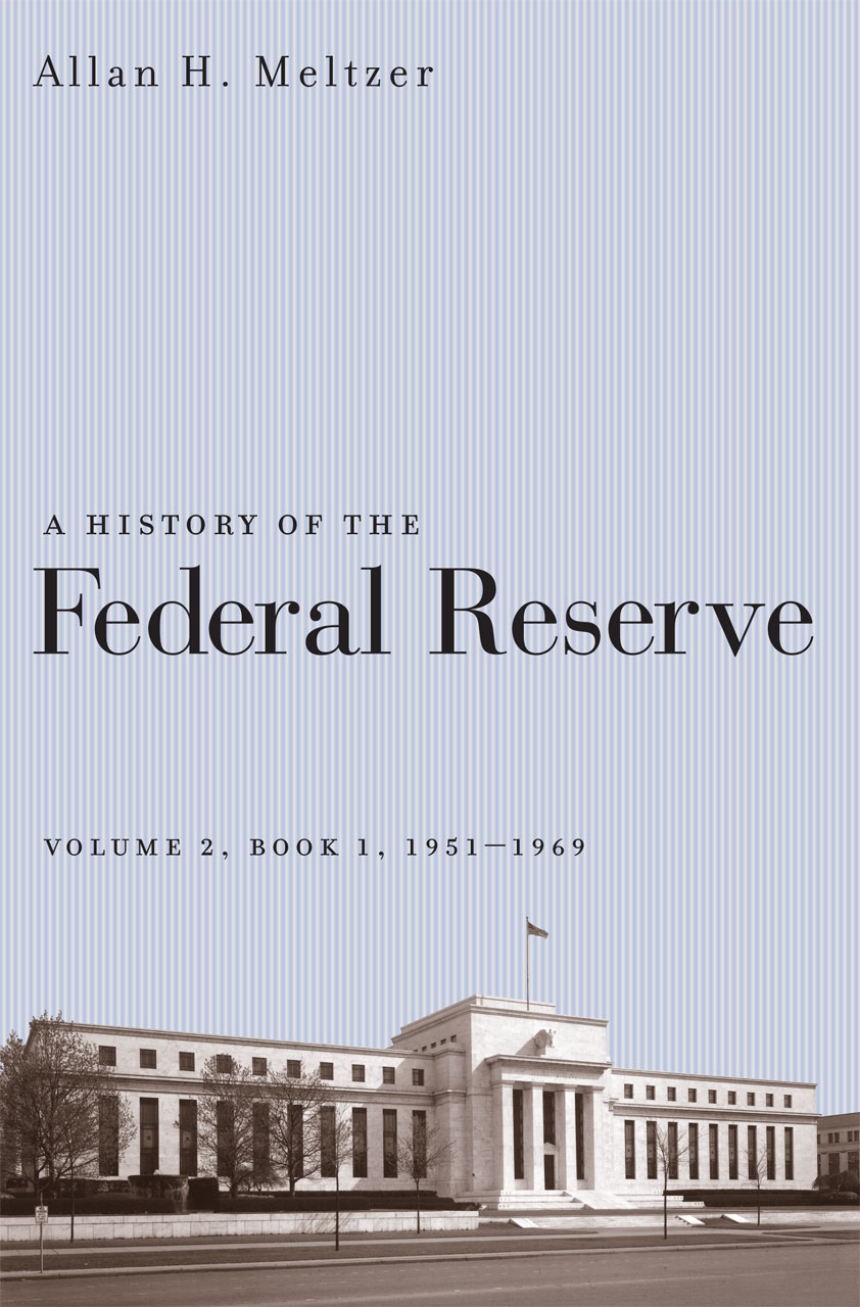 Allan H. Meltzer’s critically acclaimed history of the Federal Reserve is the most ambitious, most intensive, and most revealing investigation of the subject ever conducted. Its first volume, published to widespread critical acclaim in 2003, spanned the period from the institution’s founding in 1913 to the restoration of its independence in 1951. This two-part second volume of the history chronicles the evolution and development of this institution from the Treasury–Federal Reserve accord in 1951 to the mid-1980s, when the great inflation ended. It reveals the inner workings of the Fed during a period of rapid and extensive change. An epilogue discusses the role of the Fed in resolving our current economic crisis and the needed reforms of the financial system.

In rich detail, drawing on the Federal Reserve’s own documents, Meltzer traces the relation between its decisions and economic and monetary theory, its experience as an institution independent of politics, and its role in tempering inflation. He explains, for example, how the Federal Reserve’s independence was often compromised by the active policy-making roles of Congress, the Treasury Department, different presidents, and even White House staff, who often pressured the bank to take a short-term view of its responsibilities. With an eye on the present, Meltzer also offers solutions for improving the Federal Reserve, arguing that as a regulator of financial firms and lender of last resort, it should focus more attention on incentives for reform, medium-term consequences, and rule-like behavior for mitigating financial crises. Less attention should be paid, he contends, to command and control of the markets and the noise of quarterly data.

At a time when the United States finds itself in an unprecedented financial crisis, Meltzer’s fascinating history will be the source of record for scholars and policy makers navigating an uncertain economic future.

“There is no book quite like this one, except for Volume I of this magisterial history. The History of the Federal Reserve, Volume II is a work by a first-rate scholar that ought to be read by all scholarly specialists, central bankers, would-be central bankers, and central bank staffers.”

"The lesson I that I draw from this book is that the necessary and sufficient cconditions for price stability (or low inflation) are a Fed that recognizes its effect on inflation, is committed to its control, and is supported politically. . . . Required reading for students of American monetary policy."

"[The second volume] is both exhaustively researched and meticulously detailed. . . . . It is likely to provide many productive hours to investment professionals and scholars of monetary economics alike. . . . [A] truly magnificent treatise."

“A History of the Federal Reserve will be the definitive history of the central bank and monetary policy in the United States for the indefinite future. Every student of the American economy during the period of this account will find something of interest here, and anyone seeking to fathom the ‘big picture’ of economic policy during these years will be greatly enlightened by reading this extraordinary work of scholarship.”

4. The Great Inflation: Phase 1
Back to top