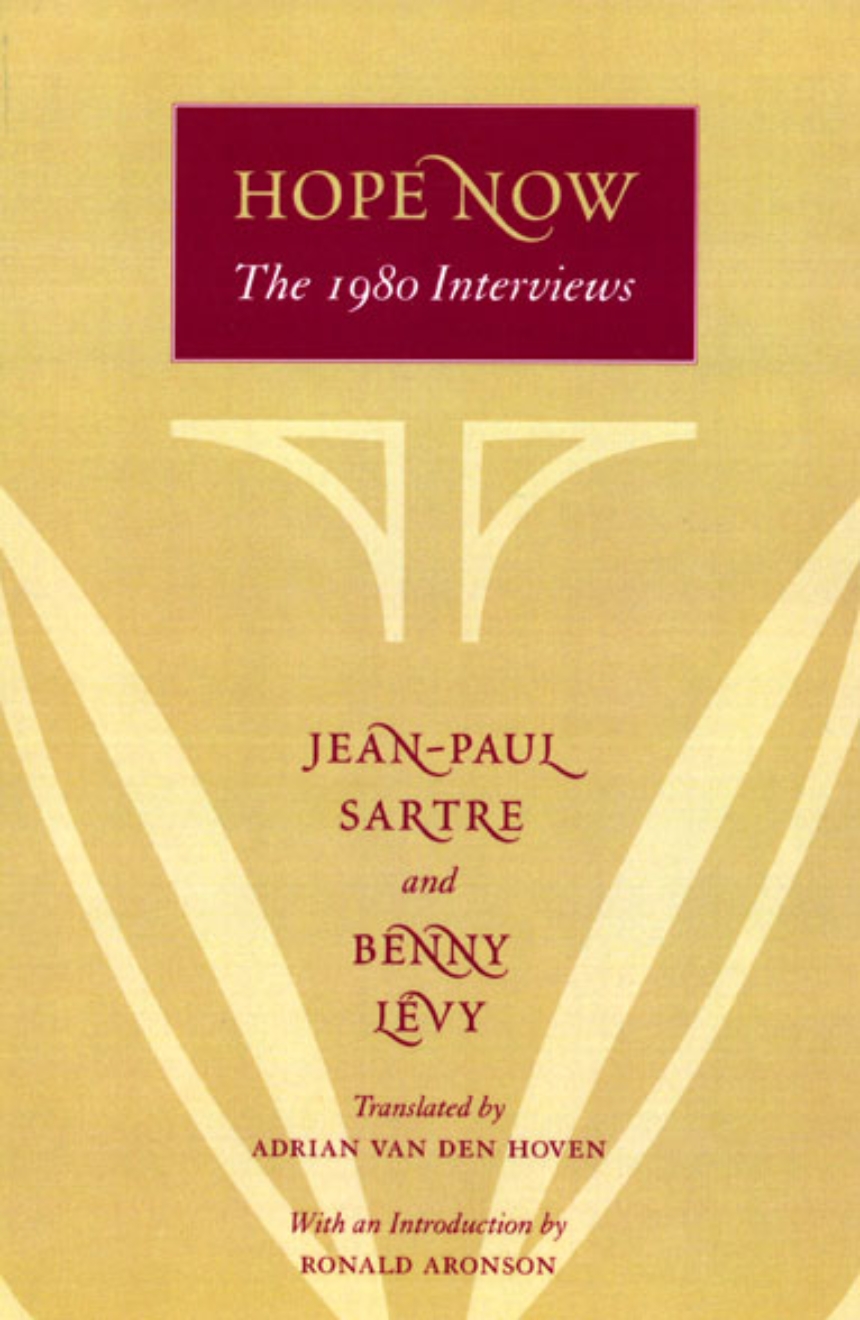 Translated by Adrian van den Hoven
In March of 1980, just a month before Sartre’s death, Le Nouvel Observateur published a series of interviews, the last ever given, between the blind and debilitated philosopher and his young assistant, Benny Levy. Readers were scandalized and denounced the interviews as distorted, inauthentic, even fraudulent. They seemed to portray a Sartre who had abandoned his leftist convictions and rejected his most intimate friends, including Simone de Beauvoir. This man had cast aside his own fundamental beliefs in the primacy of individual consciousness, the inevitability of violence, and Marxism, embracing instead a messianic Judaism. No, Sartre’s supporters argued, it was his interlocutor, the ex-radical, the orthodox, ultra-right-wing activist who had twisted the words and thought of an ailing Sartre to his own ends. Or had he?

Shortly before his death, Sartre confirmed the authenticity of the interviews and their puzzling content. Over the past fifteen years, it has become the task of Sartre scholars to unravel and understand them. Presented in this fresh, meticulous translation, the interviews are framed by two provocative essays from Benny Levy himself, accompanied by a comprehensive introduction from noted Sartre authority Ronald Aronson. Placing the interviews in proper biographical and philosophical perspective, Aronson demonstrates that the thought of both Sartre and Levy reveals multiple intentions that taken together nevertheless confirm and add to Sartre’s overall philosophy. This absorbing volume at last contextualizes and elucidates the final thoughts of a brilliant and influential mind.

Jean-Paul Sartre (1906-1980) was offered, but declined, the Nobel Prize for literature in 1964. His many works of fiction, drama, and philosophy include the monumental study of Flaubert, The Family Idiot, and The Freud Scenario, both published in translation by the University of Chicago Press.

Introduction
Sartre’s Last Words by Ronald Aronson
Abduction of an Old Man?
Reciprocity?
Between Two Strong Systems?
The Wily Old Man?
The Sartre-Lévy Relationship
Sartre’s Intention
New Ideas: Changes in Sartre’s Thought
New Ideas: To Be Developed
New Ideas: Contrasts with Marxism
The Sartre-Lévy Relationship Revisited
Hope Now: The 1980 Interviews
Translator’s Note by Adrian van den Hoven
Presentation by Benny Lévy
The Interviews
Jean-Paul Sartre and Benny Lévy
1. Beyond Failure
2. The Desire for Society
3. About Man
4. Does One Always Live Ethically?
5. A Thought Created by Two People
6. The Left’s Basic Principles
7. A Transhistorical End
8. More Fundamental than Politics
9. Children of the Mother
10. Sons of Violence
11. Unity through Insurrection
12. The Real Jew and the One
The Final Word by Benny Lévy
The Logos and the Myth
The Pure Future and Death
The Messiah
The Resurrection
Notes
Index