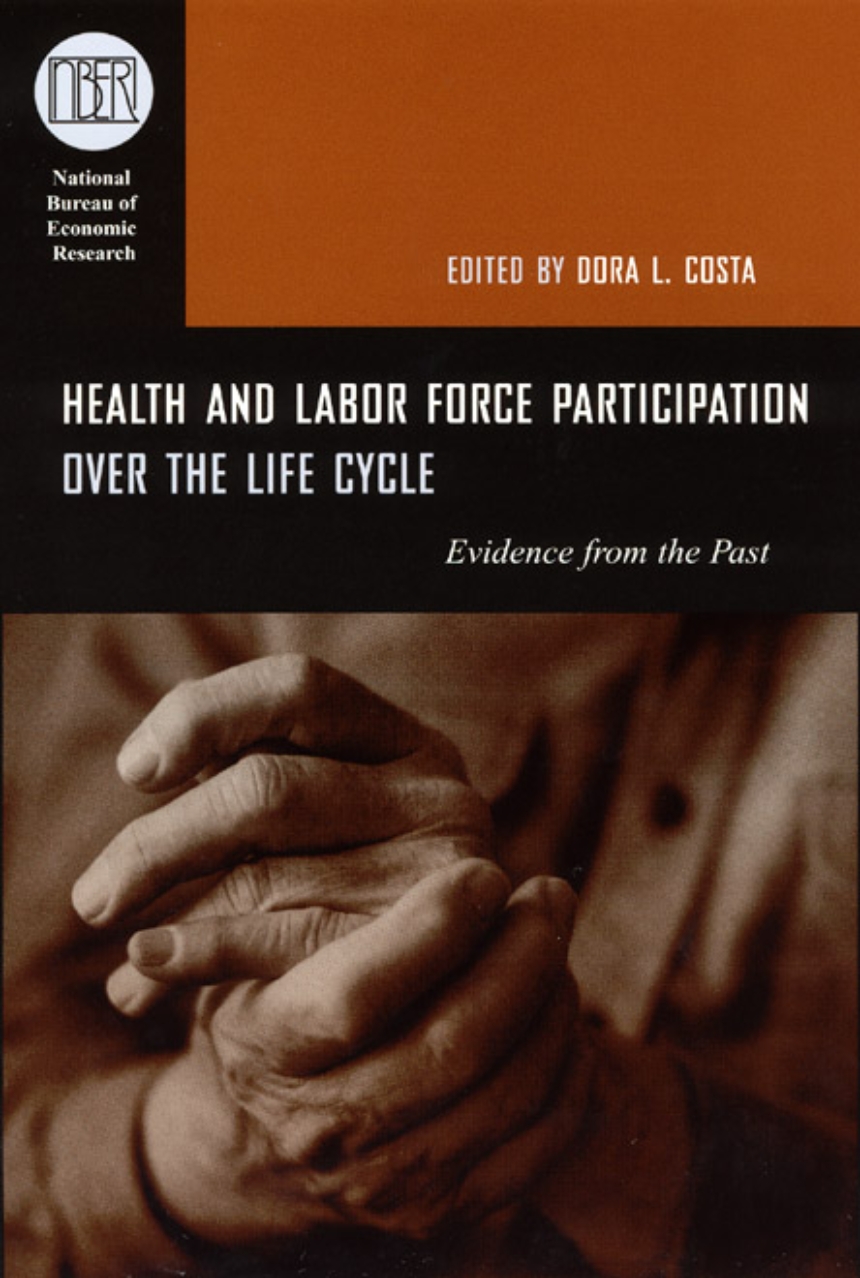 Health and Labor Force Participation over the Life Cycle

Evidence from the Past

Health and Labor Force Participation over the Life Cycle

Evidence from the Past

The twentieth century saw significant increases in both life expectancy and retirement rates-changes that have had dramatic impacts on nearly every aspect of society and the economy. Forecasting future trends in health and retirement rates, as we must do now, requires investigation of such long-term trends and their causes.

To that end, this book draws on new data-an extensive longitudinal survey of Union Army veterans born between 1820 and 1850-to examine the factors that affected health and labor force participation in nineteenth-century America. Contributors consider the impacts of a variety of conditions-including social class, wealth, occupation, family, and community-on the morbidity and mortality of the group. The papers investigate and address a number of special topics, including the influence of previous exposure to infectious disease, migration, and community factors such as lead in water mains. They also analyze the roles of income, health, and social class in retirement decisions, paying particular attention to the social context of disability.

Economists and historians who specialize in demography or labor, as well as those who study public health, will welcome the unique contributions offered by this book, which offers a clearer view than ever before of the workings and complexities of life, death, and labor during the nineteenth century.

Preface—Dora L. Costa
1. Reflections on the Early Indicators Project: A Partial History
2. The Rich and the Dead: Socioeconomic Status and Mortality in the United States, 1850-1860
3. Prior Exposure to Disease and Later Health and Mortality: Evidence from Civil War Medical Records
4. Seasoning Disease Environment, and Conditions of Exposure: New York Union Army Regiments and Soldiers
5. The Height of Union Army Recruits: Family and Community Influences
6. The Prevalence of Chronic Respiratory Disease in the Industrial Era: The United States, 1895-1910
7. The Significance of Lead Water Mains in American Cities: Some Historical Evidence
8. Internal Migration, Return Migration, and Mortality: Evidence from Panel Data on Union Army Veterans
9. Pensions and Labor Force Participation of Civil War Veterans
10. The Effect of Hernias on the Labor Force Participation of Union Army Veterans
Conclusion
Appendix A: Merged Mortality and Population Schedules from the U.S. Federal Censuses, 1850 and 1860
Appendix B: Properties and Availability of the Union Army Life-Cycle Sample
Contributors
Author Index
Subject Index