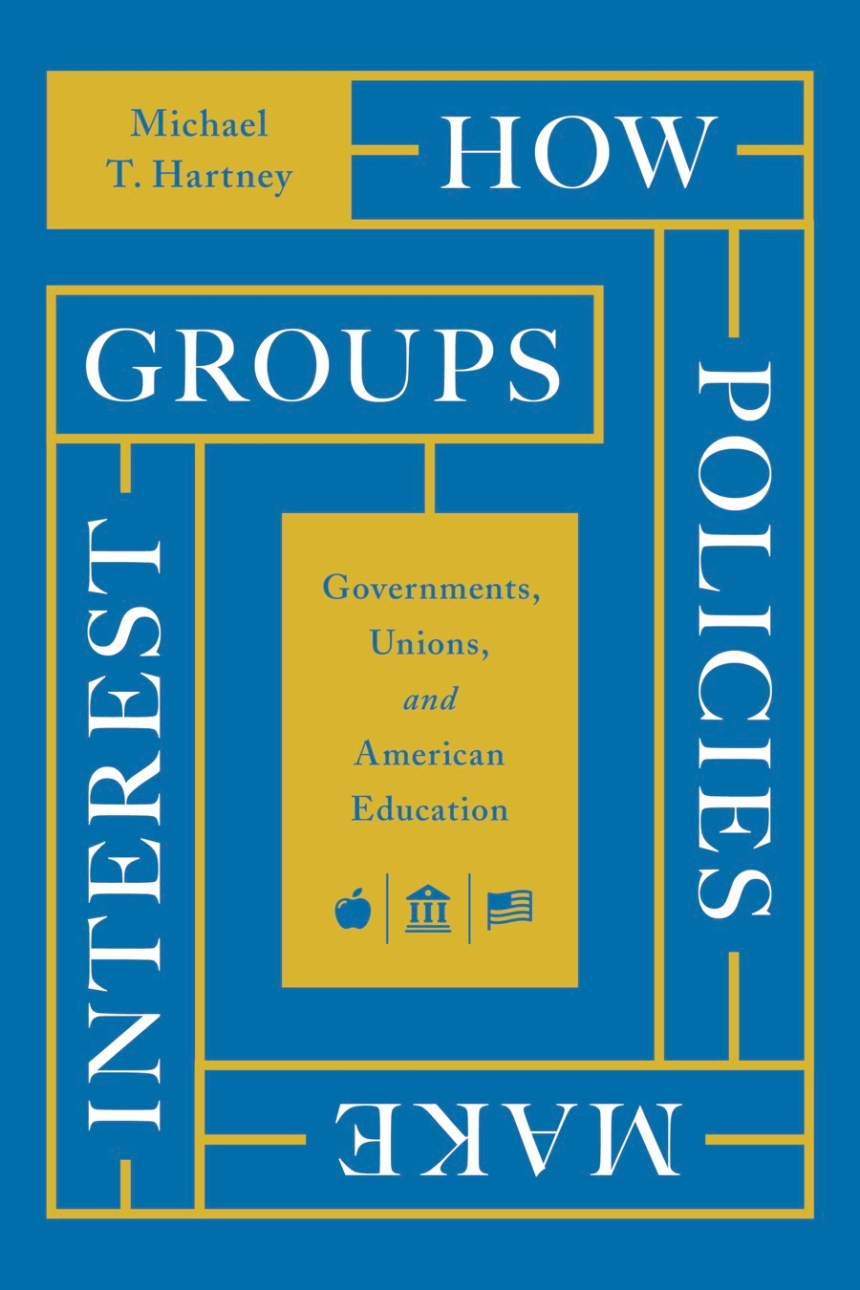 A critical, revelatory examination of teachers unions' rise and influence in American politics.

As most American labor organizations struggle for survival and relevance in the twenty-first century, teachers unions appear to be an exception. Despite being all but nonexistent until the 1960s, these unions are maintaining members, assets—and political influence. As the COVID-19 epidemic has illustrated, today’s teachers unions are something greater than mere labor organizations: they are primary influencers of American education policy. How Policies Make Interest Groups examines the rise of these unions to their current place of influence in American politics.

Michael Hartney details how state and local governments adopted a new system of labor relations that subsidized—and in turn, strengthened—the power of teachers unions as interest groups in American politics. In doing so, governments created a force in American politics: an entrenched, subsidized machine for membership recruitment, political fundraising, and electoral mobilization efforts that have informed elections and policymaking ever since. Backed by original quantitative research from across the American educational landscape, Hartney shows how American education policymaking and labor relations have combined to create some of the very voter blocs to which it currently answers. How Policies Make Interest Groups is trenchant, essential reading for anyone seeking to understand why some voices in American politics mean more than others.

"This is an important, bold, and meticulously-researched book. Hartney brings together an impressive array of data to demonstrate just how extensively the government has subsidized teachers' unions' organization—and how teachers' unions use their resources and clout to influence state and local policy. This is an important contribution to scholarship on policy feedback and is also essential reading for anyone trying to understand the politics of education in the United States."

“A very rich empirical portrait of teacher political involvement and union power. Hartney breaks new ground with his findings. This timely work is essential reading for scholars, educators, and policymakers.”

“Beautifully written and thoughtfully composed, the book does not merely fill a gap in the literature. It opens our eyes to hugely consequential developments of the last 50 years and their enduring implications for lobbying, state formation, the limited possibilities for policy change, and the evolution of the Democratic Party.”

William Howell, author of Presidents, Populism, and the Crisis of Democracy

"Hartney brings a careful and empirical perspective to bear on a question that has for decades been the subject of legend: the influence of teachers' unions upon education policies, and on student outcomes."

"Deftly analyzing a mass of data, Michael Hartney guides the reader through the fraught debate over the role of teachers unions in American politics. Hartney’s analysis is measured, careful, and compelling. This is a book that will be of great interest to scholars as well as informed readers interested public education."

"Hartney has written an innovative book of exceptional quality. Exploring the origins, power, and activities of America’s teachers unions, he demonstrates the pervasive consequences of 'policy feedback' on American education: with government policies (state labor laws) promoting union power, which then feeds back to profoundly shape politics—and government policies themselves. His analysis is comprehensive, based on a variety of data sets, and beautifully crafted. It makes a significant contribution to the study of education politics, as well as the study of institutional politics generally."