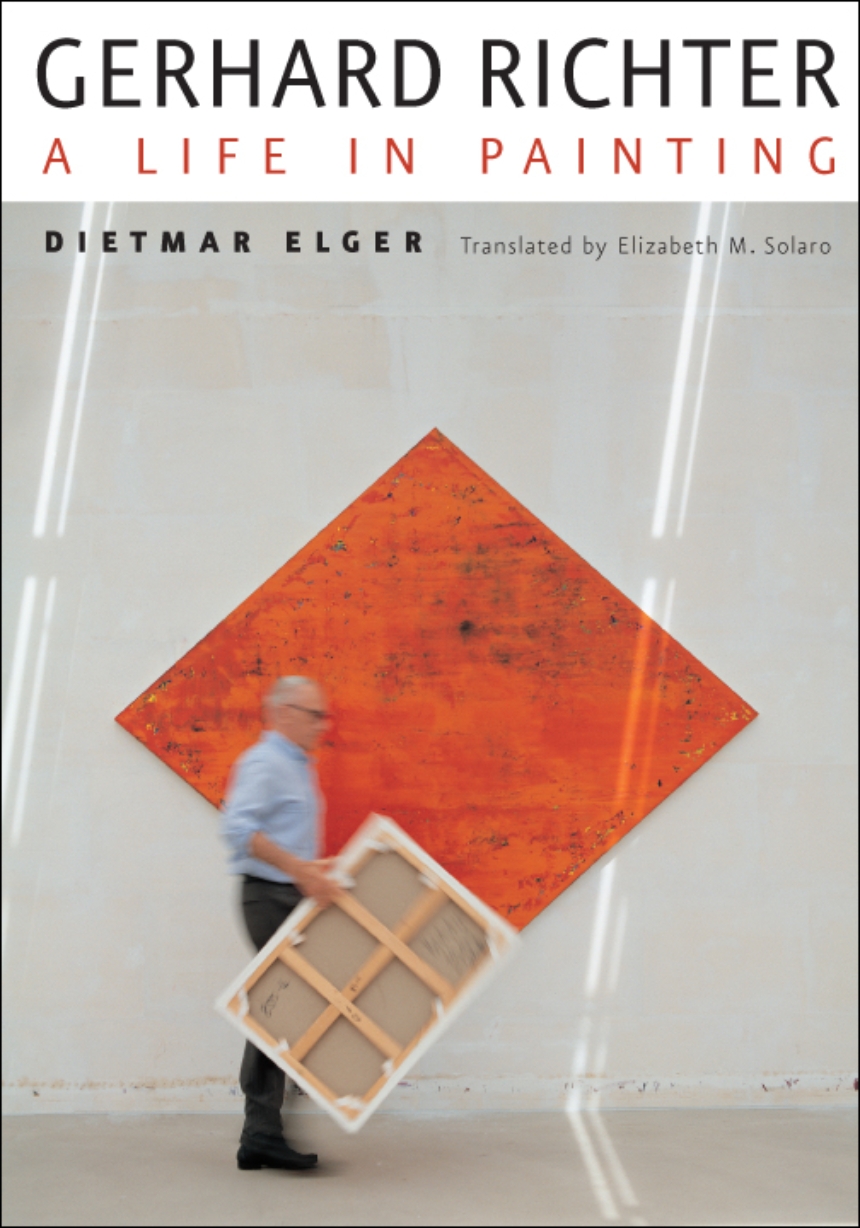 A Life in Painting

A Life in Painting

Gerhard Richter is one of the most important and influential artists of the post-war era. For decades he has sought innovative ways to make painting more relevant, often through a multifaceted dialogue with photography. Today Richter is most widely recognized for the photo-paintings he made during the 1960s that rely on images culled from mass media and pop culture. Always fascinated with the limits and uncertainties of representation, he has since then produced landscapes, abstractions, glass and mirror constructions, prints, sculptures, and installations.

Though Richter has been known in the United States for quite some time, the highly successful retrospective of his work at the MoMA in 2002 catapulted him to unprecedented fame. Enter noted curator Dietmar Elger, who here presents the first biography of this contemporary artist. Written with full access to Richter and his archives, this fascinating book offers unprecedented insight into his life and work. Elger explores Richter’s childhood in Nazi Germany; his years as a student and mural painter in communist East Germany; his time in the West during the turbulent 1960s and ’70s, when student protests, political strife, and violence tore the Federal Republic of Germany apart; and his rise to international acclaim during the 1980s and beyond.

Richter has always been a difficult personality to parse and the seemingly contradictory strands of his artistic practice have frustrated and sometimes confounded critics. But the extensive interviews on which this book is based disclose a Richter who is far more candid, personal, and vivid than ever before. The result is a book that will be the foundational portrait of this artist for years to come.

Read an excerpt from the book and view a video recapping Richter’s artistic life.

“Gerhard Richter, one of the world’s most acclaimed artists, has worked feverishly for decades, continually exploring new subjects and approaches in paintings that shimmer as elegant attempts at distancing. Born in the lovely, doomed city of Dresden a year before Hitler became chancellor, Richter came of age in East Germany, where his remarkable talents harnessed to Soviet-imposed social realism. Disciplined and ambitious, Richter made the most of oppressive circumstances, then defected to West Germany, where he achieved success first as a pop-art star with his strikingly blurred photo-paintings, works in sync with yet far more poetic than Andy Warhol’s silk screens. Although Richter is orderly and reserved, curator and confidant Elger, director of the artist’s archives, writes knowledgeably and insightfully about the personal experiences and deep feelings underlying the polished surfaces of Richter’s mysterious portraits, complex abstractions, and beautiful landscapes and seascapes. Elger also elucidates Richter’s aesthetics of detachment and ambiguity, use of photographs, and pursuit of what Richter calls ‘pure picture.’ An enlightening foundational portrait of an artist who will stand the test of time.”

“Among the many triumphs of Dietmar Elger’s landmark first biography of the artist, Gerhard Richter: A Life in Painting, written with full access to his archives, is to show how Richter’s apparently neutral tones are part of a long, complicated fight against traditional German emotionalism. . . . Elger creates a splendid portrait of Germany’s postwar amnesia refracted through the prism of Richter’s rapid developments. Although over-discreet – obscure, even – about the artist’s private life, he unravels a psychologically compelling story: how across the decades Richter’s art of restraint and non-commitment reaches its high points when he dared let flamboyance or emotion in by stealth.”