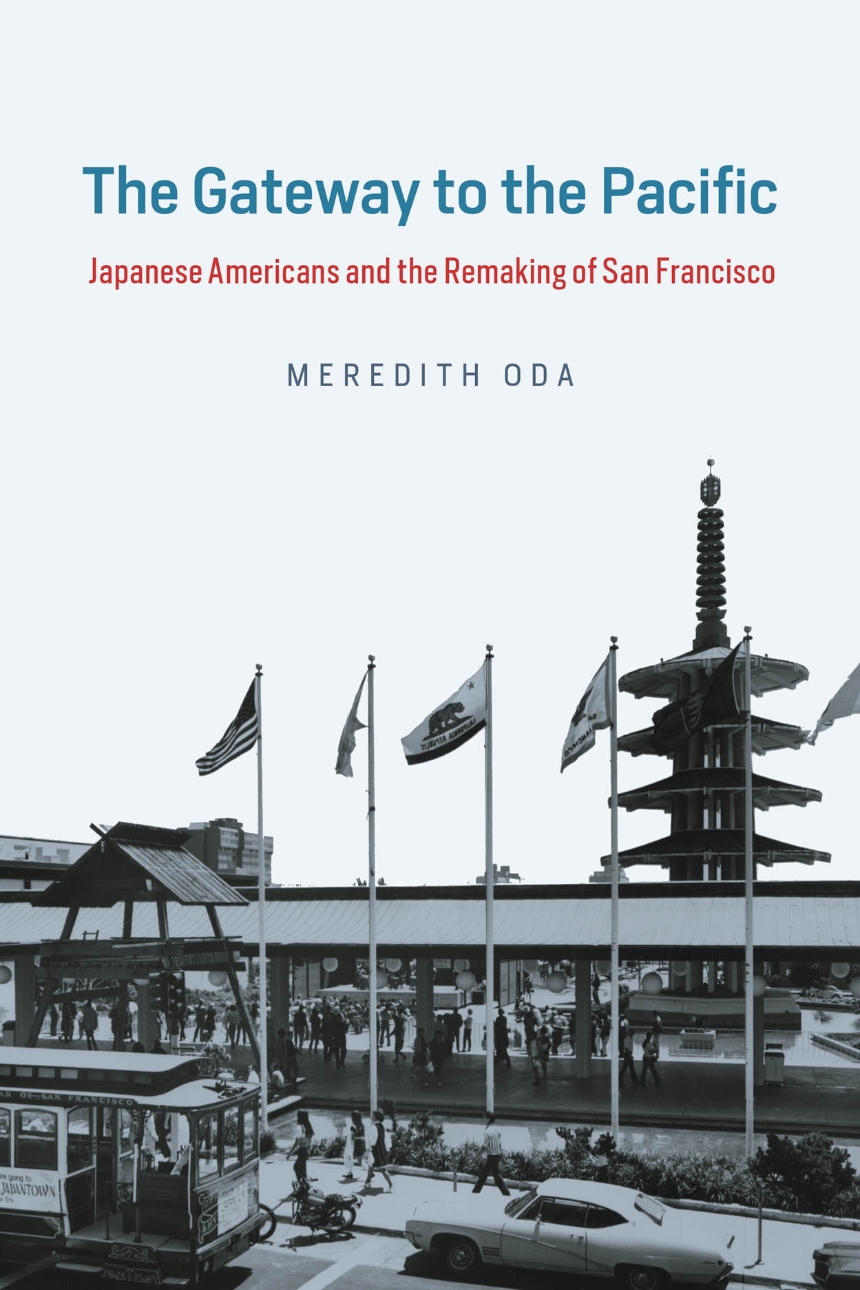 The Gateway to the Pacific

Japanese Americans and the Remaking of San Francisco

The Gateway to the Pacific

Japanese Americans and the Remaking of San Francisco

In the decades following World War II, municipal leaders and ordinary citizens embraced San Francisco’s identity as the “Gateway to the Pacific,” using it to reimagine and rebuild the city. The city became a cosmopolitan center on account of its newfound celebration of its Japanese and other Asian American residents, its economy linked with Asia, and its favorable location for transpacific partnerships. The most conspicuous testament to San Francisco’s postwar transpacific connections is the Japanese Cultural and Trade Center in the city’s redeveloped Japanese-American enclave.

Focusing on the development of the Center, Meredith Oda shows how this multilayered story was embedded within a larger story of the changing institutions and ideas that were shaping the city. During these formative decades, Oda argues, San Francisco’s relations with and ideas about Japan were being forged within the intimate, local sites of civic and community life. This shift took many forms, including changes in city leadership, new municipal institutions, and especially transformations in the built environment. Newly friendly relations between Japan and the United States also meant that Japanese Americans found fresh, if highly constrained, job and community prospects just as the city’s African Americans struggled against rising barriers. San Francisco’s story is an inherently local one, but it also a broader story of a city collectively, if not cooperatively, reimagining its place in a global economy.

“The Gateway to the Pacific is a superb work of urban, social, Japanese American, and transpacific history. . . . It is an excellent example of how a local history serves as a window into national and global dynamics.”

"Focusing her Gateway to Pacific on the development of the city’s Japanese Cultural and Trade Center, Meredith Oda offers a compelling account of the key role that Japanese-Americans played in cultivating San Francisco’s social, economic, and political interconnectedness with Asia."

"The value of this work is greatly enhanced by the author’s voluminous original research in conducting her study, including letters, newspaper and magazine articles, archival municipal evidence, records of interviews by and about major figures, and records of city missions toJapan. The vast quantity of pertinent primary materials uncovered permits the author to demonstrate the step-by-step evolution of the relationship between San Francisco and Japan and the critical role that Japanese Americans played in this process."

"The Gateway to the Pacific significantly adds to the scholarship on postwar urban and planning history. Oda successfully demonstrates the importance of global perspectives to our understanding of U.S. cities during this period. A thoughtful and compelling study, The Gateway to the Pacific serves as a model for urban and planning historians, showing the generative possibilities of working at multiple scales and integrating broader transpacific dynamics with the contours of everyday life."

"A book perfectly suited to the moment in the Bay Area . . . Lucid, timely, and brilliantly reasoned, The Gateway to the Pacific is a welcome addition to the historiographies of California, U.S. cities, and transpacific culture."

Chapter Five
Intermediaries with Japan: The Work of Professional Japanese Americans in the Gateway