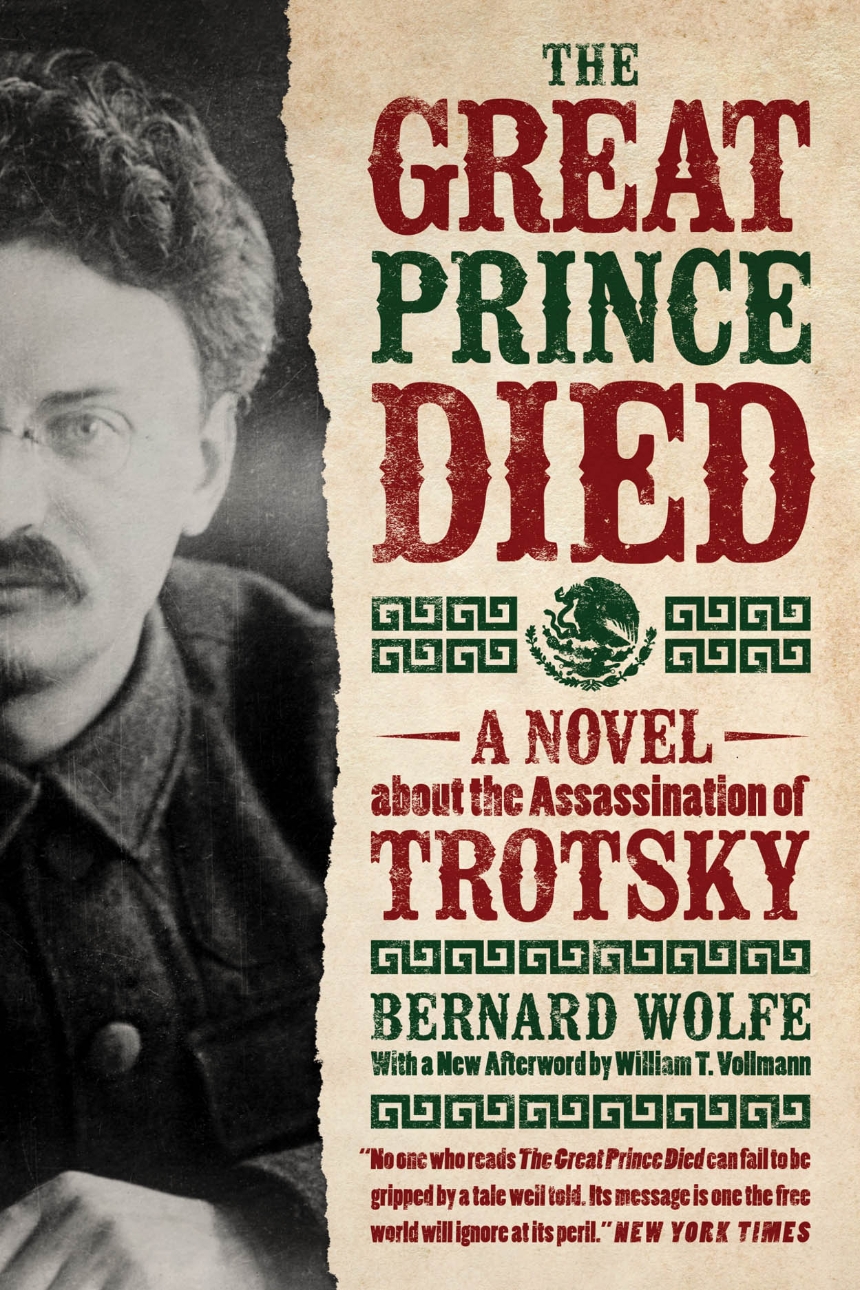 A Novel about the Assassination of Trotsky

A Novel about the Assassination of Trotsky

With a New Afterword by William T. Vollmann
On August 20, 1940, Marxist philosopher, politician, and revolutionary Leon Trotsky was attacked with an ice axe in his home in Coyoacán, Mexico. He died the next day.

In The Great Prince Died, Bernard Wolfe offers his lyrical, fictionalized account of Trotsky’s assassination as witnessed through the eyes of an array of characters: the young American student helping to translate the exiled Trotsky’s work (and to guard him), the Mexican police chief, a Rumanian revolutionary, the assassin and his handlers, a poor Mexican “peón,” and Trotsky himself. Drawing on his own experiences working as the exiled Trotsky’s secretary and bodyguard and mixing in digressions on Mexican culture, Stalinist tactics, and Bolshevik history, Wolfe interweaves fantasy and fact, delusion and journalistic reporting to create one of the great political novels of the past century.

“Wolfe is a remarkable and essential lost American voice, and Great Prince is one of his finest books, drawing on his vast verbal and intellectual powers, the keenness of his storytelling gift, and the rich ferocity of his polemical vision. What he brings to the historical novel is the opposite of a bogus ‘objectivity’—instead, Wolfe rightly sees the twentieth century in dialectical terms—an eruption of a series of arguments, subjectivities, viewpoints, and the inevitable tragedy of their irreconcilability.”

“Wolfe manages to turn the minutiae of Trotsky’s assassination into a powerfully written thriller.”

“Illuminating for its insight into the moment when a great struggle for human liberation became a tyranny that still threatens the world. . . . No one who reads The Great Prince Died . . . can fail to be gripped by a tale well told. Its message is one the free world will ignore at its peril.”

"Wolfe . . . has produced one of the major political novels of our time."

“Here is a novel which burns its way into your mind and your memory. If you read it, you will not forget it.”

“Wolfe’s prose is like that itch of sand unwanted by the oyster. Slowly, as the story unfolds, a pearl begins to form. You read with growing fascination. How does one write a novel about political intrigue and assassination, a didactic novel with a thesis no less, with an ending well known before it even begins, and keep it flowing? Read The Great Prince Died. It works. . . . The novel is really a disguised treatise, but it is so damn finely constructed that it makes for a hell of a read. Wolfe, as ultimate peeper, enters Trotsky’s sandbagged fortress in Mexico and gives us a physical and psychic tour of the land/mindscape.”

“The Great Prince Died succeeds admirably in holding and tightening the interest of readers to whom the outcome is known in advance. . .  . More than this, Wolfe has written a political novel, and one of the most striking ever produced by an American author. . . . Wolfe has written such convincing fiction that it may be difficult to remember that history may have happened in some other way.”