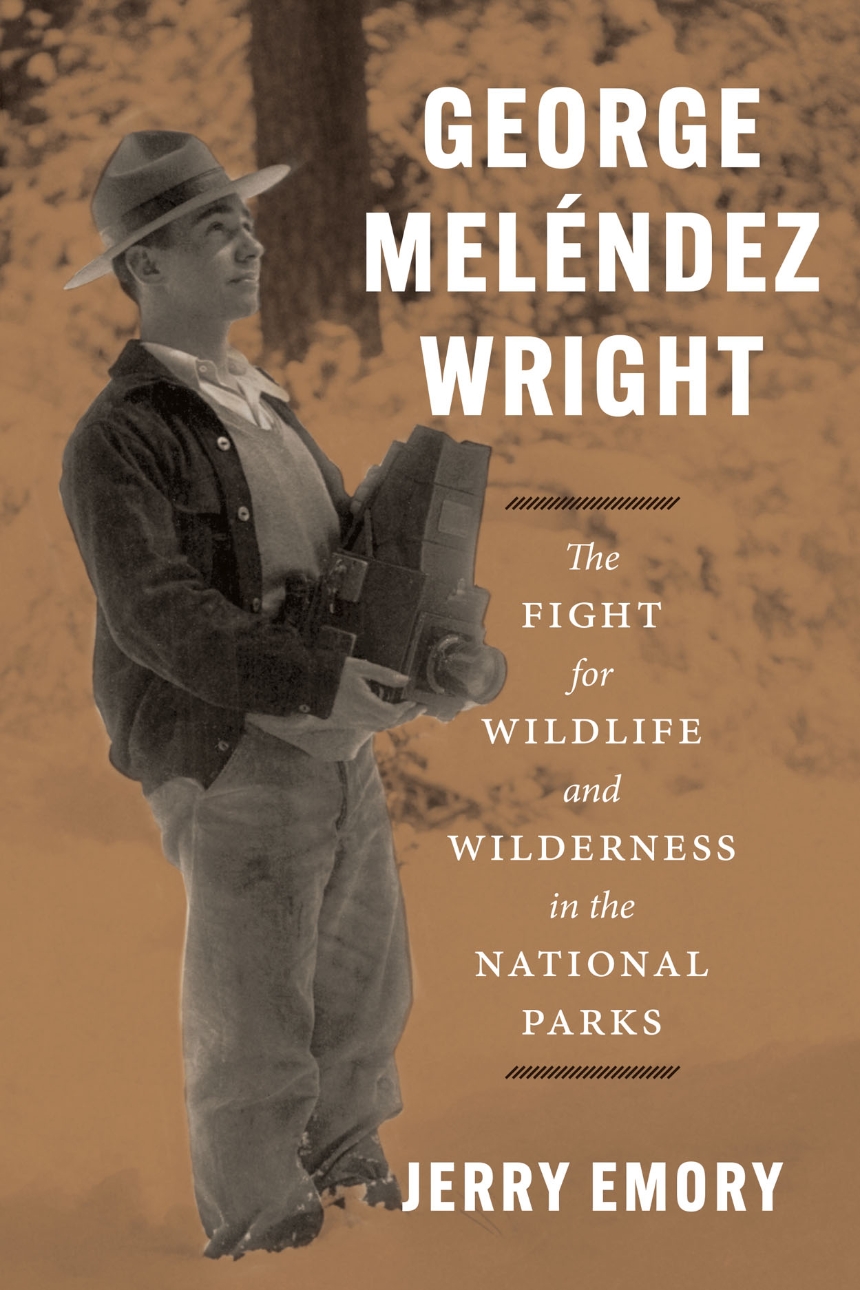 The Fight for Wildlife and Wilderness in the National Parks

The Fight for Wildlife and Wilderness in the National Parks

The first biography of a visionary biologist whose groundbreaking ideas regarding wildlife and science revolutionized national parks.

When twenty-three-year-old George Meléndez Wright arrived in Yosemite National Park in 1927 to work as a ranger naturalist—the first Hispanic person to occupy any professional position in the National Park Service (NPS)—he had already visited every national park in the western United States, including McKinley (now Denali) in Alaska. Two years later, he would organize the first science-based wildlife survey of the western parks, forever changing how the NPS would manage wildlife and natural resources. At a time when national parks routinely fed bears garbage as part of “shows” and killed “bad” predators like wolves, mountain lions, and coyotes, Wright’s new ideas for conservation set the stage for the modern scientific management of parks and other public lands.

Tragically, Wright died in a 1936 car accident while working to establish parks and wildlife refuges on the US-Mexico border. To this day, he remains a celebrated figure among conservationists, wildlife experts, and park managers. In this book, Jerry Emory, a conservationist and writer connected to Wright’s family, draws on hundreds of letters, field notes, archival research, interviews, and more to offer both a biography of Wright and a historical account of a crucial period in the evolution of US parks and the wilderness movement. With a foreword by former NPS director Jonathan B. Jarvis, George Meléndez Wright is a celebration of Wright’s unique upbringing, dynamism, and enduring vision that places him at last in the pantheon of the great American conservationists.

“To those of us who have worked in conservation, and especially in the National Park Service, as I did for forty years, George Meléndez Wright is a hero, icon, and role model. His story deserves to be told, and Emory has done that well. It will inspire readers to lives in service to conservation of the planet upon which we all depend.”

Jonathan B. Jarvis, eighteenth director of the National Park Service, coauthor of "The Future of Conservation in America" and "National Parks Forever"

“George Meléndez Wright was a pivotal figure––pushing the vision of parks from scenic tourist spots to crucial sites for the preservation of the natural world. This remarkable, vibrant history fills a large gap in our understanding of––and appreciation for––a person who left a lasting legacy.”

“George Meléndez Wright cuts a remarkable figure in the history of American conservation: keen and patient observer of nature, acute scientist, skillful navigator of politics, passionate advocate for national parks, bilingual emissary to Spanish-speaking colleagues, poetic writer, and, above all, ecological visionary ahead of his time. He was also a generous and well-loved friend to many, which is why his accidental death at a young age was felt so acutely. Emory’s telling of Wright’s story superbly captures the full-to-the-brim life of this underappreciated pioneer of nature protection. Capitalizing on exclusive access to a trove of personal field journals and other papers, as well as archival research, Emory’s own prose sings with the spirit of George Meléndez Wright and leaves us inspired to carry on his work in our own time.”