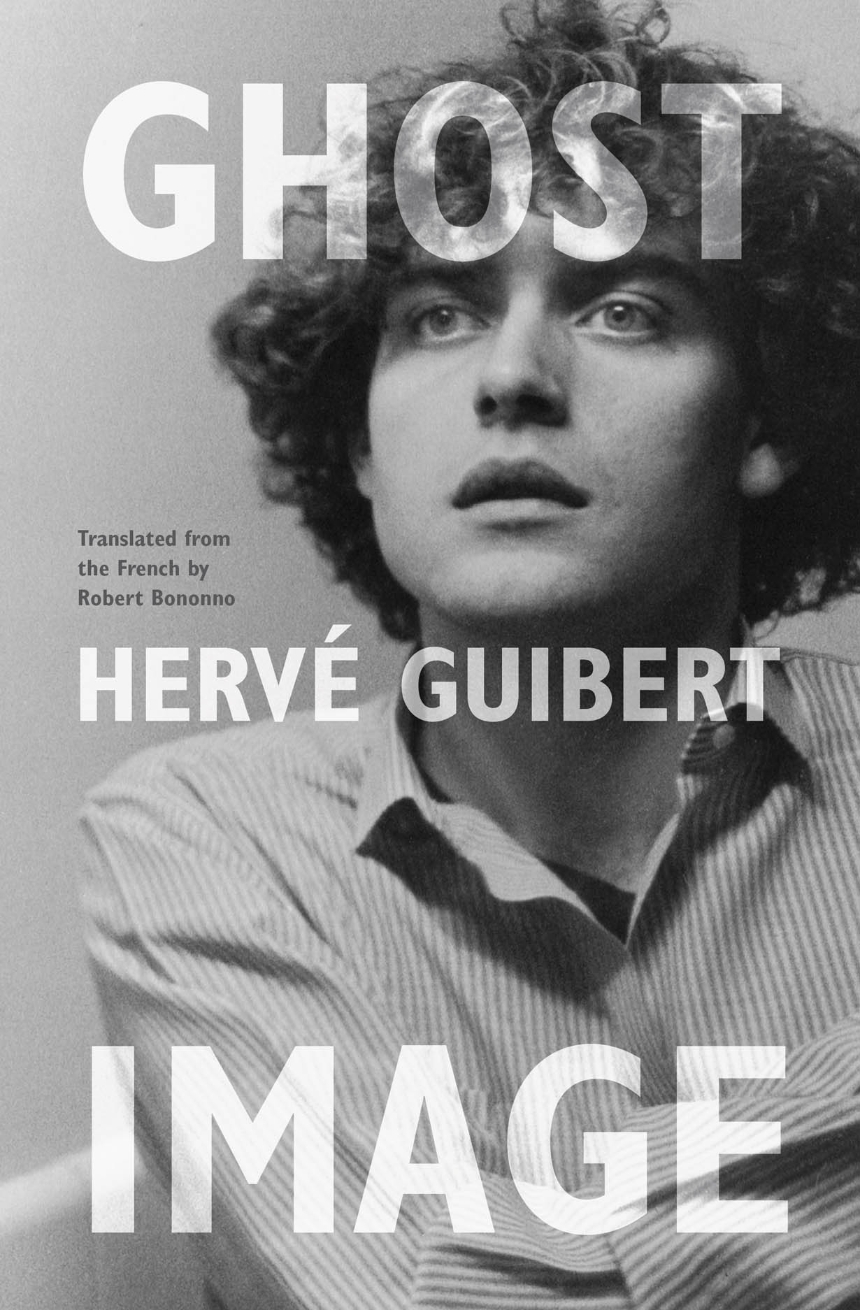 Translated by Robert Bononno
Ghost Image is made up of sixty-three short essays—meditations, memories, fantasies, and stories bordering on prose poems—and not a single image. Hervé Guibert’s brief, literary rumination on photography was written in response to Roland Barthes’s Camera Lucida, but its deeply personal contents go far beyond that canonical text. Some essays talk of Guibert’s parents and friends, some describe old family photographs and films, and spinning through them all are reflections on remembrance, narcissism, seduction, deception, death, and the phantom images that have been missed.

Both a memoir and an exploration of the artistic process, Ghost Image not only reveals Guibert’s particular experience as a gay artist captivated by the transience and physicality of his media and his life, but also his thoughts on the more technical aspects of his vocation. In one essay, Guibert searches through a cardboard box of family portraits for clues—answers, or even questions—about the lives of his parents and more distant relatives. Rifling through vacation snapshots and the autographed images of long-forgotten film stars, Guibert muses, “I don’t even recognize the faces, except occasionally that of an aunt or great-aunt, or the thin, fair face of my mother as a young girl.” In other essays, he explains how he composes his photographs, and how—in writing—he seeks to escape and correct the inherent limits of his technique, to preserve those images lost to his technical failings as a photographer.

With strains of Jean Genet and recurring themes that speak to the work of contemporary artists across a range of media, Guibert’s Ghost Image is a beautifully written, melancholic ode to existence and art forms both fleeting and powerful—a unique memoir at the nexus of family, memory, desire, and photography.

“Why has no thoughtful publisher translated and published all of Guibert’s works, in trim editions, each cover graced with his seraphic image? . . . To get Guibert’s full message, which isn’t light-years apart from Susan Sontag’s and Frank O’Hara’s New York–based credos (pay attention, live as variously as possible) but that chose for its transmission not the lyric or the essay but the autofiction, the fragmentary self-articulation, casual as a snapshot, would involve questioning straitened notions of what constitutes a polished piece of writing, or a life’s work, or an autobiography, or a sexuality, or a successful venture—and learning, instead, to appreciate the cadences of catastrophe, of self-excavating improvisation, and of unknowingness. Futility and botched execution are the immortal matter of Guibert’s method. Futility and botched execution—combined, in Guibert’s work, with finesse, concision, and a heavy dose of negative capability, which includes curiosity about the worst things that can befall a body—are undying aesthetic and spiritual values, worth cherishing in any literature we dare to call our own.”

“‘Photography is also an act of love,’ Guibert begins Ghost Image, his memoir and love letter to the medium written shortly before his death of AIDS. . . . It’s an intriguing first sentence for the implicit suspicion that we think of photography as an act of something else. Hatred, resistance, change. Did Guibert mean that photography was an act of love for the one who snaps the shutter, or, too, for those who view the image?”

“Ghost Image is essential Guibert—an artist’s penetrating look at his own profession and obsessions. It is animated and validated by prickly sensations and thrusts of thought that occur during composition—an accomplished photographer’s narrative that exists thanks to the virtuous failures of photos.”

Ron Slate | On the Seawall

“Excellent examples of Hervé Guibert’s talent and style. A French writer and photographer who died from AIDS in 1991 at the age of 36, Guibert drew much of his work from his own life and his love of photography. He was especially interested in the surprising effects photographs can produce on people, not just on the subject and observers but also on the photographer as well.”

"Can you share a list of the things that are currently inspiring you? Current book: Hervé Guibert, Ghost Image."

“Such a beautiful book.”

“Guibert’s rhythmic descriptions of his relationship to images at various stages of his life manage to convey the transience of life and memory that the photographer is always struggling to overcome. . . . A lyrical, elegiac celebration of the medium and its implications—a provocative and highly original investigation.”