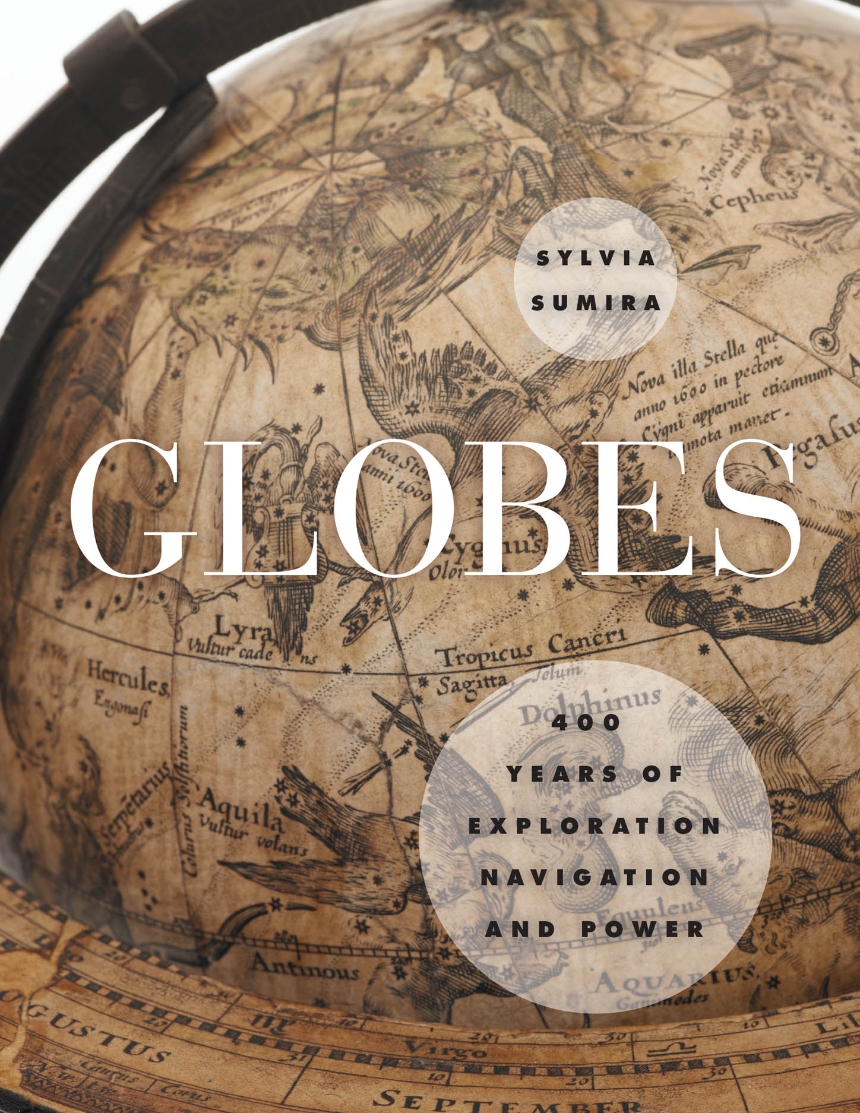 400 Years of Exploration, Navigation, and Power

400 Years of Exploration, Navigation, and Power

The concept of the earth as a sphere has been around for centuries, emerging around the time of Pythagoras in the sixth century BC, and eventually becoming dominant as other thinkers of the ancient world, including Plato and Aristotle, accepted the idea. The first record of an actual globe being made is found in verse, written by the poet Aratus of Soli, who describes a celestial sphere of the stars by Greek astronomer Eudoxus of Cnidus (ca. 408–355 BC). The oldest surviving globe—a celestial globe held up by Atlas’s shoulders—dates back to 150 AD, but in the West, globes were not made again for about a thousand years. It was not until the fifteenth century that terrestrial globes gained importance, culminating when German geographer Martin Behaim created what is thought to be the oldest surviving terrestrial globe. In Globes: 400 Years of Exploration, Navigation, and Power, Sylvia Sumira, beginning with Behaim’s globe, offers a authoritative and striking illustrated history of the subsequent four hundred years of globe making.

Showcasing the impressive collection of globes held by the British Library, Sumira traces the inception and progression of globes during the period in which they were most widely used—from the late fifteenth century to the late nineteenth century—shedding light on their purpose, function, influence, and manufacture, as well as the cartographers, printers, and instrument makers who created them. She takes readers on a chronological journey around the world to examine a wide variety of globes, from those of the Renaissance that demonstrated a renewed interest in classical thinkers; to those of James Wilson, the first successful commercial globe maker in America; to those mass-produced in Boston and New York beginning in the 1800s. Along the way, Sumira not only details the historical significance of each globe, but also pays special attention to their materials and methods of manufacture and how these evolved over the centuries.

A stunning and accessible guide to one of the great tools of human exploration, Globes will appeal to historians, collectors, and anyone who has ever examined this classroom accessory and wondered when, why, and how they came to be made.

“A massive, gorgeous art book tracing the history of globes.”

“A beautifully photographed tour of the British Library’s collection of globes, most of which date from the early sixteenth century to the nineteenth century. There are terrestrial globes, celestial globes, pocket globes, globes of the moon, and a decadent blue globe made in China in the early 1600s. Most of the globes were made with a scientific purpose, to aid navigation, or to demonstrate the parallax of the moon. But together, they suggest something beyond precision: a reverent effort to make sense of the mysterious place we plant our feet.”

“In her lavishly illustrated new book, Globes: 400 years of Exploration, Navigation, and Power, Sumira traces the history and making of globes and showcases dozens of fine examples drawn largely from the collection of the British Library.”

"What is here is, for readers already familiar with the history of cartography, an attractive and illuminating reference tool; for those new to the subject, it is an informative and authoritative introduction.”

Imago Mundi: The International Journal for the History of Cartography

“Globes, by professional globe-restorer Sylvia Sumira, is a history of globe-making from the late-15th through the late-19th centuries, when globes were used as educational tools, scientific instruments and status symbols. It is also breathtakingly beautiful. . . . Certainly worth a spin, Globes will grab the imagination of anyone fascinated by maps.”

“All you ever wanted to know about the history of globes and how they have been made. See inside them as well as admire their geographical and astronomical exteriors in this beautifully illustrated book by a real expert, Sylvia Sumira. Some of the most famous globes in the world and those from the British Library’s rarely displayed collection are revealed in their various guises; as symbols of power and mathematical instruments of geography and astronomy, as well as  teaching aids and games for young people. A book not to be missed.”

Sarah Tyacke, University of London and the Society for the History of the Map

“This fully illustrated book, centered around the British Library’s outstanding collection of globes, provides a clear and authoritative introduction to some of the world’s most sought-after and artistic cartographic creations—including the captivating and little known miniature globes, which were a particular English specialty. The author has an unparalleled familiarity with globes through her work as one of the world’s most expert globe restorers. It has given her a surely unique perspective. While most experts look at globes from the outside, she looks at them from the inside outwards. In the process, and in simple language, she skillfully guides the reader through the complexities of their construction and use as well as provides an overview of the fascinating story of their development over the centuries.”