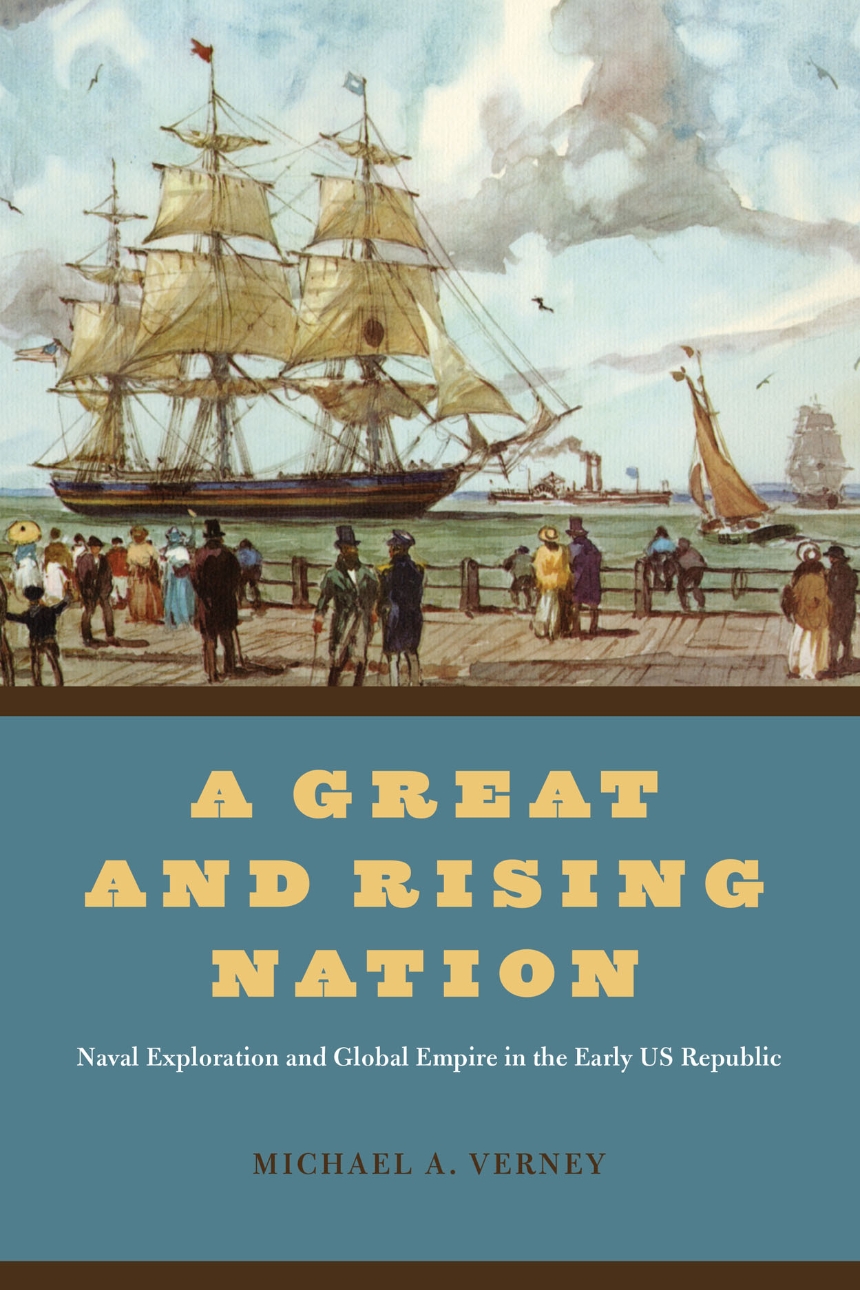 A Great and Rising Nation

Naval Exploration and Global Empire in the Early US Republic

A Great and Rising Nation

Naval Exploration and Global Empire in the Early US Republic

Conventional wisdom holds that, until the Spanish-American War of 1898, the United States was a feeble player on the world stage, with an international presence rooted in commerce rather than military might. Michael A. Verney’s A Great and Rising Nation flips this notion on its head, arguing that early US naval expeditions, often characterized as merely scientific, were in fact deeply imperialist. Circling the globe from the Mediterranean to South America and the Arctic, these voyages reflected the diverse imperial aspirations of the new republic, including commercial dominance in the Pacific World, religious empire in the Holy Land, proslavery expansion in South America, and diplomatic prestige in Europe. As Verney makes clear, the United States had global imperial aspirations far earlier than is commonly thought.

“With its expansive narrative and sophisticated, penetrating insights, A Great and Rising Nation makes a genuine contribution to our understanding of the early American republic and its relationship to the wider world.”

“Elegant, erudite, and adventurous, A Great and Rising Nation takes readers on a remarkable global voyage with the US Navy’s antebellum exploring expeditions. Crisply written and featuring a memorable cast of characters, this is a must-read for anyone interested in the early American republic, naval history, and the history of American empire.”

“A Great and Rising Nation shows how naval exploration became both mass entertainment and a popular instrument of imperial power in the early American republic. This marvelous new study combines thrilling accounts of early US exploring expeditions from Fiji to the Arctic with an important argument about the relationship of domestic political process and empire building.”

“Beginning in the early nineteenth century, the American Navy played a key role in extending the scope and reach of American influence in the world. Venturing to distant regions, the Navy engaged in a wide range of scientific, humanitarian, and political missions. Compelling and original, A Great and Rising Nation transforms our understanding of the origins and meaning of American imperialism.”