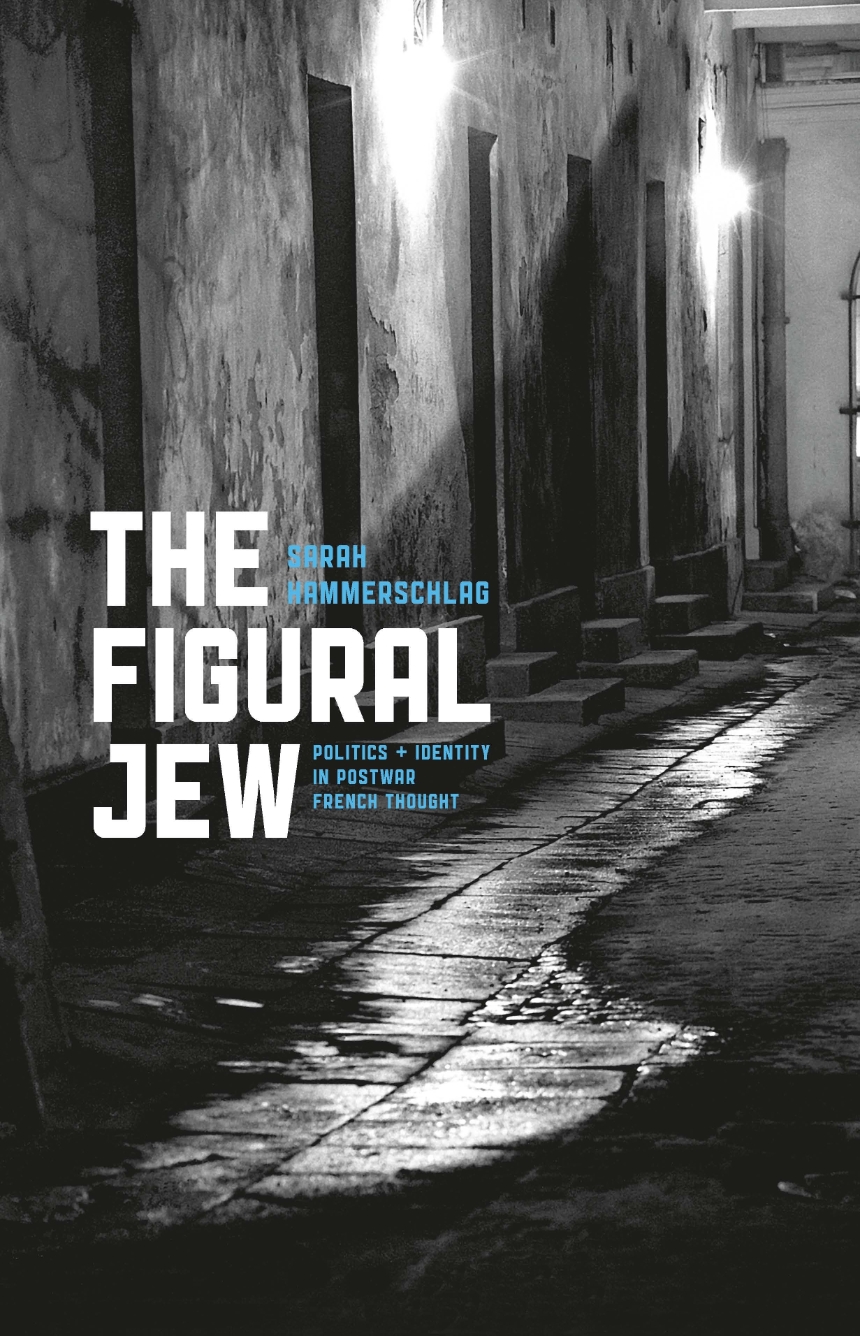 The rootless Jew, wandering disconnected from history, homeland, and nature, was often  the target of early twentieth-century nationalist rhetoric aimed against modern culture. But following World War II, a number of prominent French philosophers recast this maligned figure in positive terms, and in so doing transformed postwar conceptions of politics and identity.

Sarah Hammerschlag explores this figure of the Jew from its prewar usage to its resuscitation by Jean-Paul Sartre, Emmanuel Levinas, Maurice Blanchot, and Jacques Derrida. Sartre and Levinas idealized the Jew’s rootlessness in order to rethink the foundations of political identity. Blanchot and Derrida, in turn, used the figure of the Jew to call into question the very nature of group identification. By chronicling this evolution in thinking, Hammerschlag ultimately reveals how the figural Jew can function as a critical mechanism that exposes the political dangers of mythic allegiance, whether couched in universalizing or particularizing terms.

Both an intellectual history and a philosophical argument, The Figural Jew will set the agenda for all further consideration of Jewish identity, modern Jewish thought, and continental philosophy.

“Sarah Hammerschlag has written a fascinating account of the construction of the Jew in modern and postmodern thought. . . . Often original and always illuminating.”

“Sarah Hammerschlag’s The Figural Jew offers an insightful new interpretation of how a cluster of postwar thinkers represented Jews and Judaism in their thought. . . . Her book merits celebration for how she brings Sartre, Blanchot, and Derrida into dialogue with Levinas and into conversation with a tradition of Jewish philosophers.”

“Hammerschlag’s book takes the ‘figural Jew’ as its guiding thread, but in her careful construction of the influences on and debates between Sartre, Levinas, Blanchot, and Derrida, Hammerschlag weaves a more expansive tapestry. In The Figural Jew, Hammerschlag teaches us new ways to read the intellectual history of postwar France and helps us appreciate the complex articulations of philosophy, politics, and literature that make up postmodern thought.”

“The Figural Jew demonstrates the spiral repetition and reconfigurations of the figure of the Jew, all while the work as a whole exhibits a captivating elegance.”

The Journal of Religion

“By studying the way in which Jews and Jewishness are represented in French literature and philosophy, especially after World War II, the author not only sheds light on social and cultural change, but also promotes a new way of dealing with such politically charged issues as multiculturalism and identity politics.”

2. Stranger and Self: Sartre’s Jew

I. Anti-Semite and Jew

3. The Ethics of Uprootedness: Emmanuel Levinas’s

5. “The Last of the Jews”: Jacques Derrida and the Case of the Figure