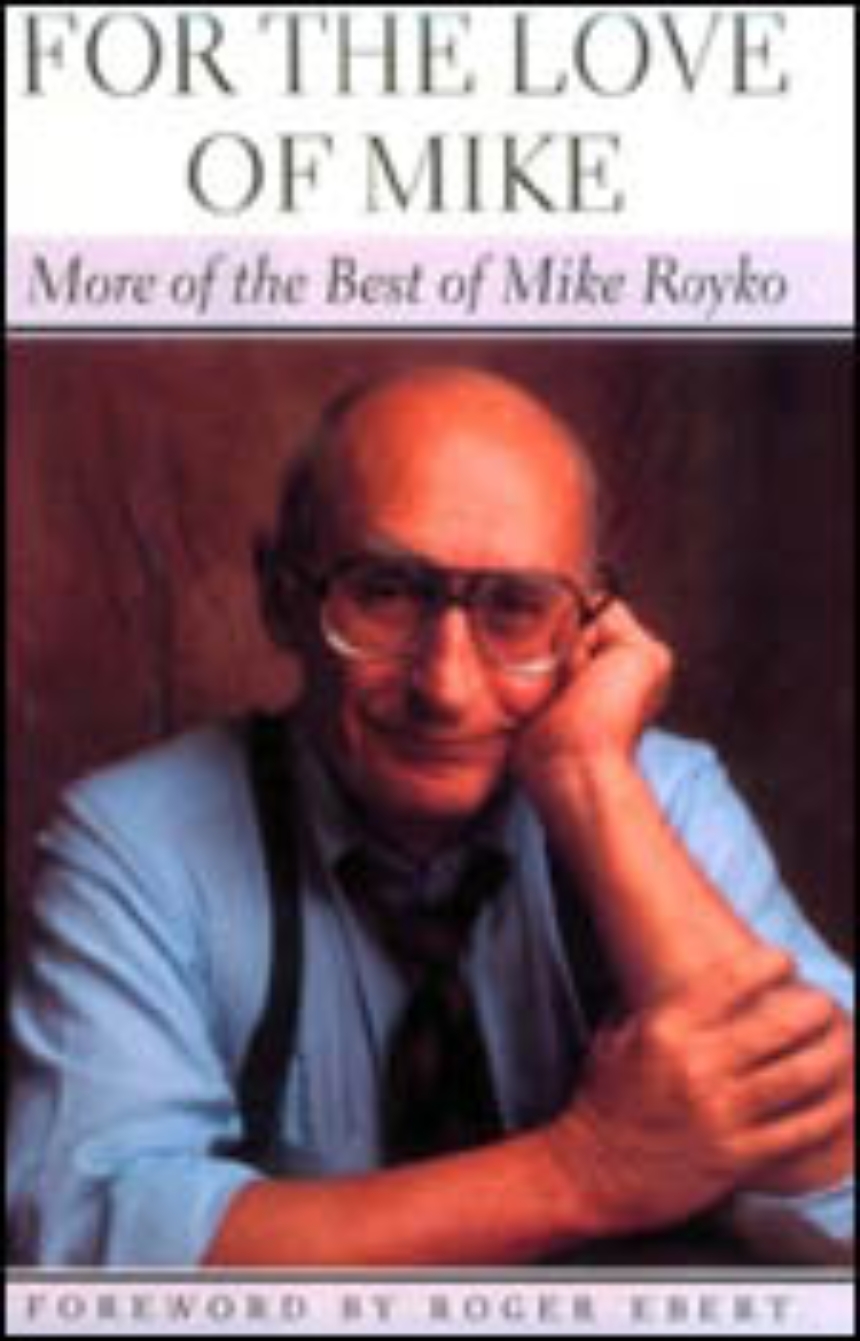 For the Love of Mike

More of the Best of Mike Royko

For the Love of Mike

More of the Best of Mike Royko

With a Foreword by Roger Ebert
In 1999, the University of Chicago Press published a collection of Mike Royko’s columns, entitled One More Time: The Best of Mike Royko. The response was immediate and overwhelming—readers almost instantly began asking when the second volume of Royko columns would appear. With more than a hundred vintage Royko columns and a foreword by Roger Ebert, For the Love of Mike was the answer.
Royko, a nationally syndicated Pulitzer Prize winner, wrote for three major Chicago newspapers in the course of his 34 years as a daily columnist. Chosen from more than 7,000 columns, For the Love of Mike brings back more than a hundred vintage Royko pieces-most of which have not appeared since their initial publication-for readers across the country to enjoy. This second collection includes Royko’s riffs on the consequences of accepting a White House dinner invitation (not surprisingly, he turned it down); his explanation of the notorious Ex-Cub Factor in World Series play; and his befuddlement at a private screening of Beyond the Valley of the Dolls, to which he was invited by his pal Ebert, the screenplay’s author. The new collection also illuminates Royko’s favorite themes, topics he returned to again and again: his skewering of cultural trends, his love of Chicago, and his rage against injustice. By turns acerbic, hilarious, and deeply moving, Royko remains a writer of wit and passion who represents the best of urban journalism.

"To read these columns again is to have Mike back again, nudging, chuckling, wincing, deflating pomposity, sticking up for the little guy, defending good ideas against small-minded people," writes Roger Ebert in his foreword to the book. For the Love of Mike does indeed bring Mike back again, and until a Chicago newspaper takes up Ebert’s suggestion that it begin reprinting each of Royko’s columns, one a day, this collection will more than satisfy Royko’s loyal readers.

Contents
Foreword by Roger Ebert
Introduction
For the Love of Mike