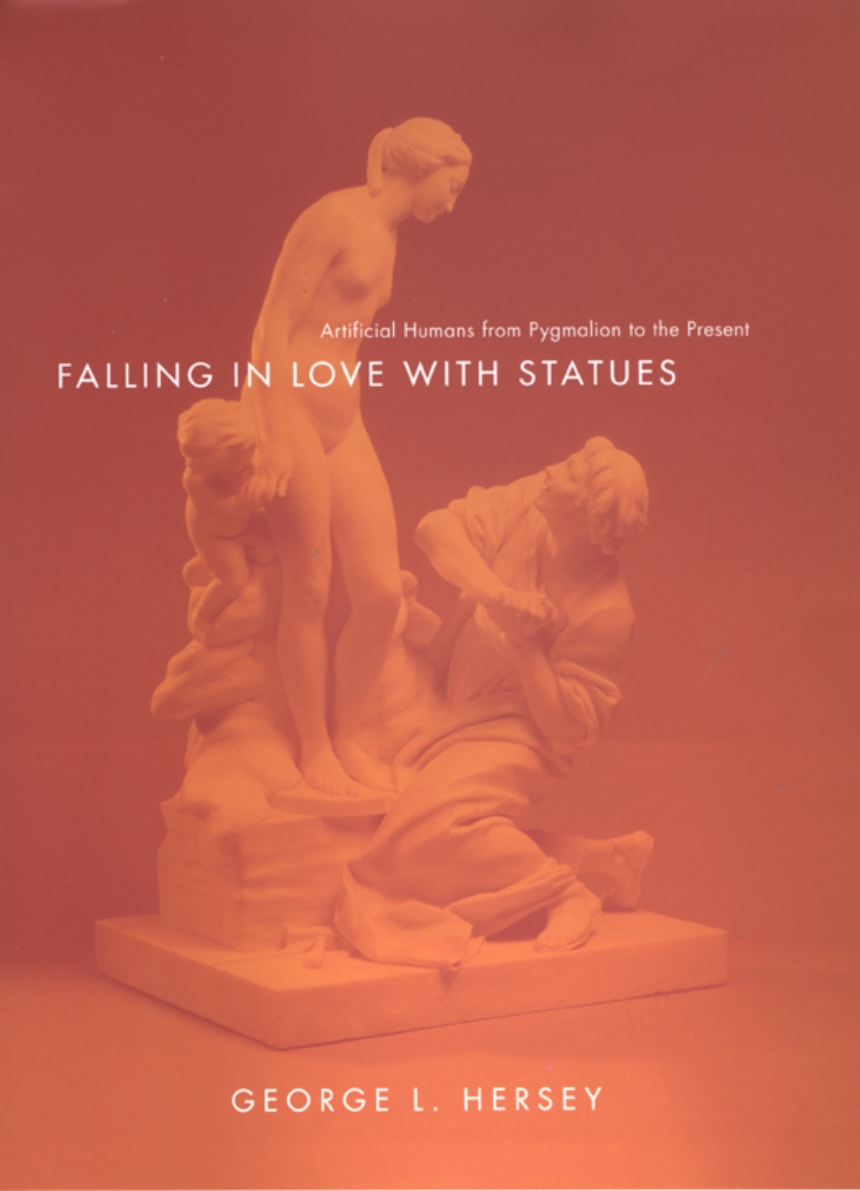 Falling in Love with Statues

Artificial Humans from Pygmalion to the Present

Falling in Love with Statues

Artificial Humans from Pygmalion to the Present

If, as a child, you conducted conversations with beloved dolls, or if, as an adult, you have entered virtual worlds inhabited by digital humans who inspire devotion in real people, you have participated in one of humanity’s most potent yet least explored traditions. Falling in love (and out of love) with statues, George Hersey reveals here, has been an instrumental practice since antiquity in our efforts to understand, improve, and empower ourselves.
Hersey’s history of statue love begins in Cyprus, home of the legendary sculptor Pygmalion, who famously grew enamored of his own creation. Examining the island’s prehistoric images of Aphrodite—the love goddess who brought Pygmalion’s sculpture to life—Hersey traces the origins of statue love back to the Cypriot followers who adored her terra-cotta likenesses. He goes on to explore ideas about human replicas in the works of Empedocles, Aristotle, Lucretius, and Ovid, whose definitive account of the Pygmalion myth introduced the notion that statues have the potential to induce physical responses in their viewers. Finding avatars of Ovid’s living image in everything from pagan idols and early Christian statuary to eighteenth-century painting to modern action figures and marionettes, Hersey concludes by investigating the concern that these automata will eventually replace humans.
In the process, he narrates a powerful history of artificial life at a moment when—with the development of robot soldiers, ever more sophisticated genetic engineering, and a continually expanding digital universe—it seems more real than ever.

9. The Primacy of Artificial Humans