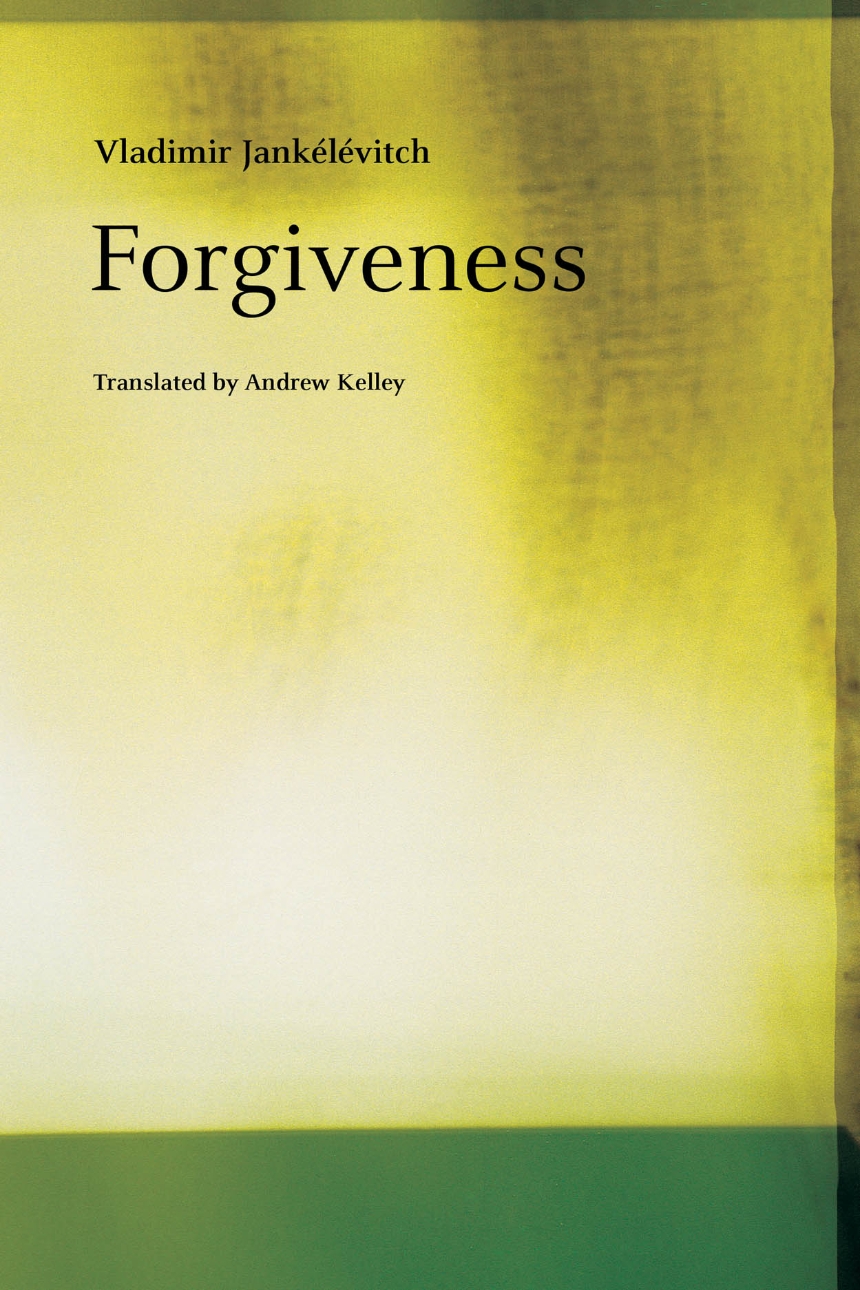 Translated and with an Introduction by Andrew Kelley
Philosopher Vladimir Jankélévitch has only recently begun to receive his due from the English-speaking world, thanks in part to discussions of his thought by Jacques Derrida, Emmanuel Lévinas, and Paul Ricoeur. His international readers have long valued his unique, interdisciplinary approach to philosophy’s greatest questions and his highly readable writing style.
Originally published in 1967, Le Pardon, or Forgiveness, is one of Jankélévitch’s most influential works. In it, he characterizes the ultimate ethical act of forgiving as behaving toward the perpetrator as if he or she had never committed the action, rather than merely forgetting or rationalizing it—a controversial notion when considering events as heinous as the Holocaust.
Like so many of Jankélévitch’s works, Forgiveness transcends standard treatments of moral problems, not simply generating a treatise on one subject but incorporating discussions of topics such as free will, giving, creativity, and temporality. Translator Andrew Kelley masterfully captures Jankélévitch’s melodic prose and, in a substantive introduction, reviews his life and intellectual contributions. Forgiveness is an essential part of that legacy, and this indispensable English translation provides key tools for understanding one of the great Western philosophers of the twentieth century.

"In the past decade, interest in the question of forgiveness has come to occupy a commanding position at the crossroads of interdisciplinary concerns. Its reverberant presence is one of the distinguishing aspects of postmodern thought. In an already voluminous literature, Jankélévitch’s contribution stands out as a classic. It mines the depths of forgiveness: the elements that compose it, the situations that exemplify it, and the language that discriminates it. What emerges from this excavation is a profound and original work carried out in a style at once lyrical and lucid."

"Forgiveness lets us see why Vladimir Jankélévitch is considered one of the greatest moral philosophers of the twentieth century. His dazzling analysis shows us the singular difficulty and moral force of the art of forgiveness. This book should have an influence as lasting as it is profound."

Arnold I. Davidson, editor of Foucault and His Interlocutors

"Jankélévitch poses sharply some of the deepest questions that anyone interested in forgiveness, in theory or in practice, has to face. His book is a provocative and important contribution to the subject, one that richly repays the effort required to work one’s way through it."