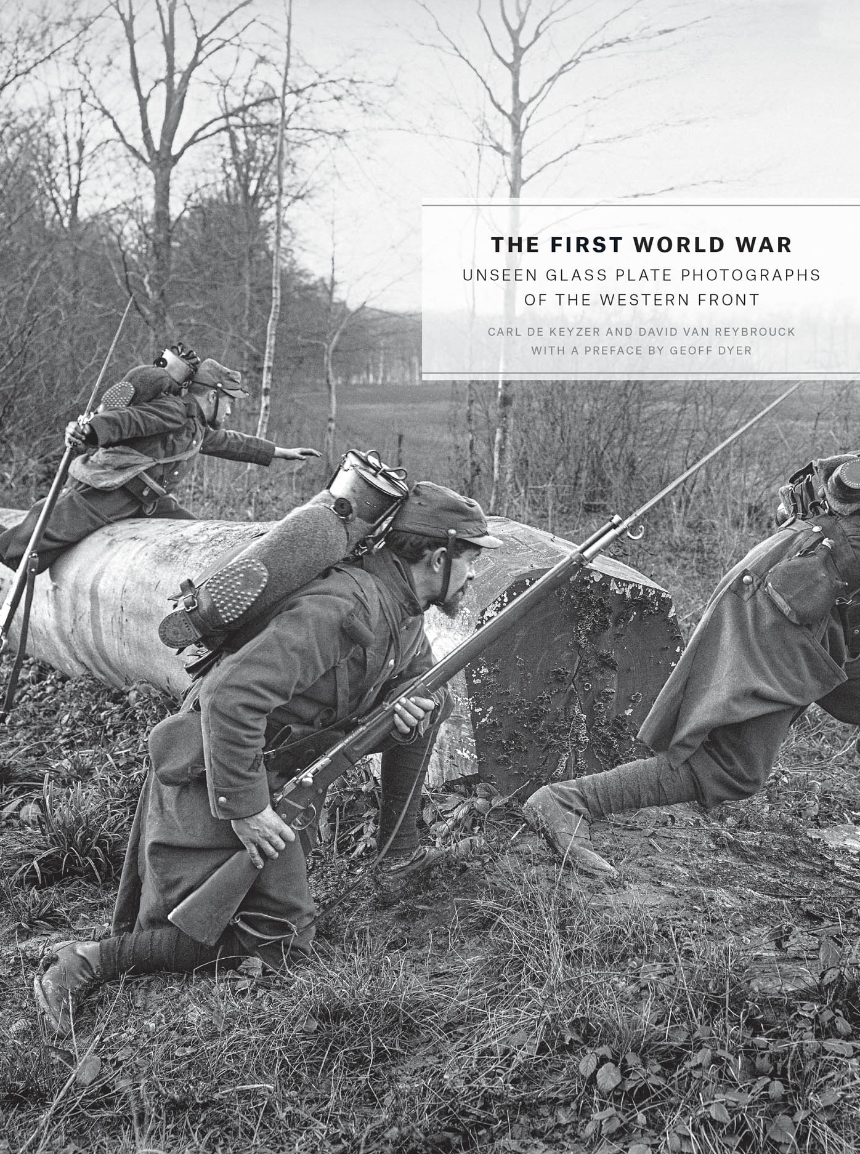 With a Preface by Geoff Dyer
A century after it began, we still struggle with the terrible reality of the First World War, often through republished photographs of its horrors: the muddy trenches, the devastated battlefields, the maimed survivors. Due to the crude film cameras used at the time, the look of the Great War has traditionally been grainy, blurred, and monochrome—until now. The First World War presents a startlingly different perspective, one based on rare glass plate photographs, that reveals the war with previously unseen, even uncanny, clarity.

Scanned from the original plates, with scratches and other flaws expertly removed, these oversized reproductions offer a wealth of unusual moments, including scenes of men in training, pictures of African colonial troops on the Western front, landscapes of astonishing destruction, and postmortem portraits of Belgian soldiers killed in action. Readers previously familiar with only black-and-white or sepia-toned prints of the hostilities will be riveted by the book’s many authentic color photographs, products of the early autochrome method. From children playing war games to a wrenching deathbed visit, these images are extraordinary not only for their subject matter, but also for the wide range of emotions they evoke.

Accompanied by a preface from celebrated writer Geoff Dyer and an essay by historian David Van Reybrouck, the photographs here serve both as remarkable witnesses to the everyday life of warfare and as dramatic works of art in their own right. These images, taken by some of the conflict’s most gifted photographers, will radically change how we visualize the First World War.
See sample pages from the book (PDF format).

"The amount of detail that you see in each [glass plate image] is stunning."

“The authors of this sumptuous album have presented the journey of exceptional, often unpublished, photographers. . . . The amazing quality of the images . . . makes this book a work of art, a gift for lovers of photography and history.”

Guerres & Histoire, on the French edition

“Geoff Dyer and Carl De Keyzer unveil the Great War in a new light. . . . The pictures are beautiful, shocking. . . . . A work that stands out from the wave of books on WWI.”

Actu-Littéraire, on the French edition

“Shocking, these photographs have amazing power. These disturbing photographs . . . return us to a past anterior to the war that they illustrate. . . . In this beautiful book, the reader is invited to dive into the First World War. . . . It is not only the mud, the corpses, and the craters in these images. It is a whole daily life parallel to the fighting that is revealed.”

L’Echo, on the French edition

“A moving evocation of this first human cataclysm. . . . A wonderful book that provokes historical and philosophical interest in the notion of commemorating historical events.”

“This beautiful book on WWI is not about debates, executions, deserters, or comments on the effectiveness of the military. It’s just about life, the lived lives behind the lines, children playing, construction workers . . . the lives near the front lines. . . . If one wanted to keep only one book of photographs of the Great War, this would be it.”

“The book is a collection of previously unseen and restored WWI photographs of lesser-seen photo subjects, such as training, African colonial troops and postmortem portraits of Belgian soldiers.”