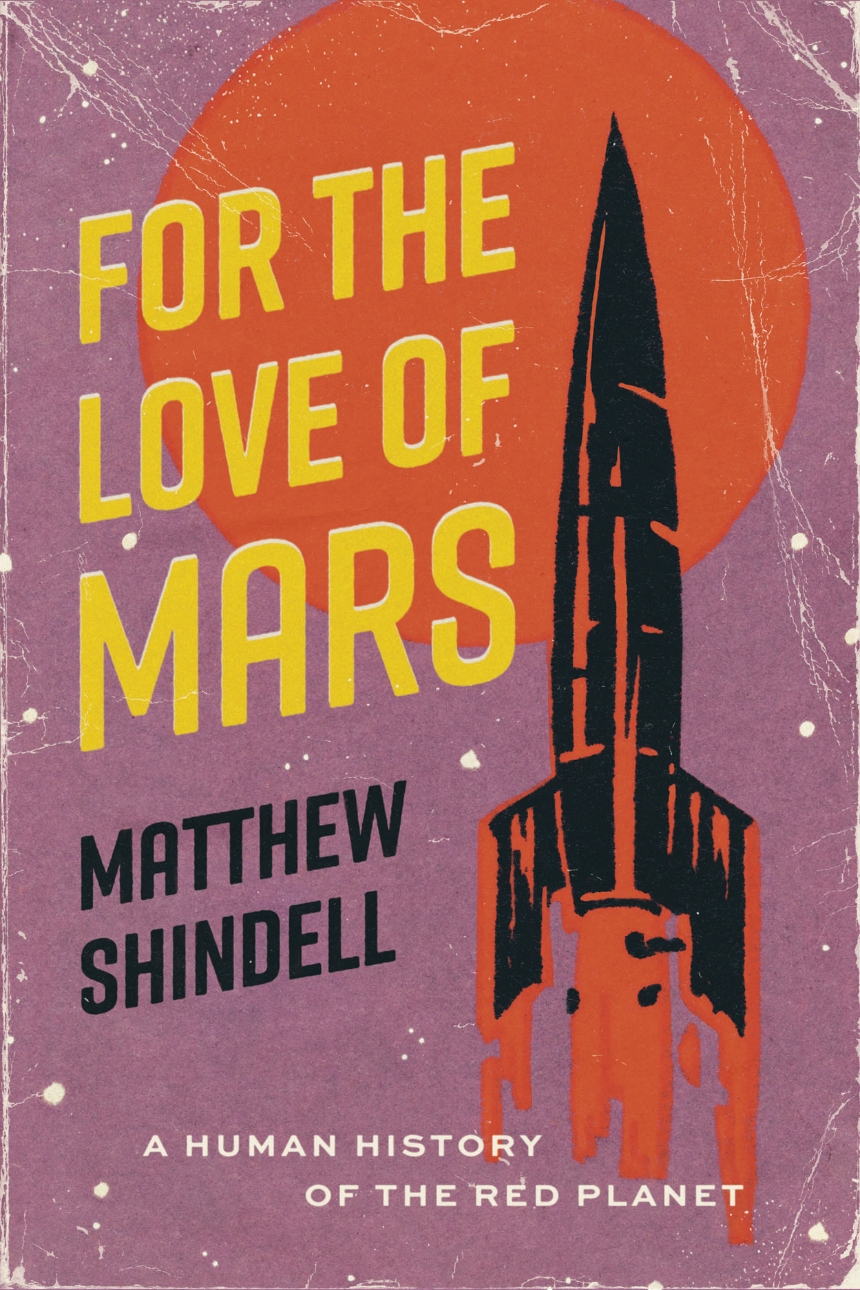 For the Love of Mars

A Human History of the Red Planet

For the Love of Mars

A Human History of the Red Planet

A tour of Mars in the human imagination, from ancient astrologers to modern explorers.

Mars and its secrets have fascinated and mystified humans since ancient times. Due to its vivid color and visibility, its geologic kinship with Earth, and its potential as our best hope for settlement, Mars embodies everything that inspires us about space and exploration. For the Love of Mars surveys the red planet’s place in the human imagination, beginning with ancient astrologers and skywatchers and ending in our present moment of exploration and virtual engagement.

National Air and Space Museum curator Matthew Shindell describes how historical figures across eras and around the world have made sense of this mysterious planet. We meet Mayan astrologer priests who incorporated Mars into seasonal calendars and religious ceremonies; Babylonian astrologers who discerned bad omens; figures of the Scientific Revolution who struggled to comprehend it as a world; Victorian astronomers who sought signs of intelligent life; and twentieth- and twenty-first-century scientists who have established a technological presence on its surface. Along the way, we encounter writers and artists from each of these periods who take readers and viewers along on imagined journeys to Mars.

By focusing on the diverse human stories behind the telescopes and behind the robots we know and love, Shindell shows how Mars exploration has evolved in ways that have also expanded knowledge about other facets of the universe. Captained by an engaging and erudite expert, For the Love of Mars is a captivating voyage through time and space for anyone curious about Curiosity and the red planet.

“This is the right voice to bring Mars vividly to life. Shindell’s history of what we know about the red planet goes beyond Western ideas, bringing valuable knowledge from many times, places, and cultures both into our view and into rich conversation. Its diverse perspectives and cast of characters make For the Love of Mars an essential read.”

“Through a wonderful combination of scholarly scientific research and thoughtful humanist perspective, Shindell’s For the Love of Mars provides a delightfully educational and entertaining history of our exploration of the red planet.”

Jim Bell, Mars researcher and coauthor of Discovering Mars: A History of Observation and Exploration of the Red Planet

“Shindell has done the impossible: setting out the long history of human engagement with the red planet over thousands of years in a single book. For the Love of Mars is compelling reading for anyone who has ever looked at, or even just wondered about, the fourth world from the sun and whether we'll set foot on it someday.”

List of Illustrations
Prologue: Mars in the Time of COVID-19
Introduction: Keeping Up with Mars
1   Mars and the Cosmic State
2   Mars in the Medieval Imagination
3   Restructuring the World
4   The Making of Modern Mars
5   Cold War Red Planet
6   Mars and the New Millennium
Conclusion: The Human Future of Mars?
Acknowledgments
Notes
Bibliography
Index