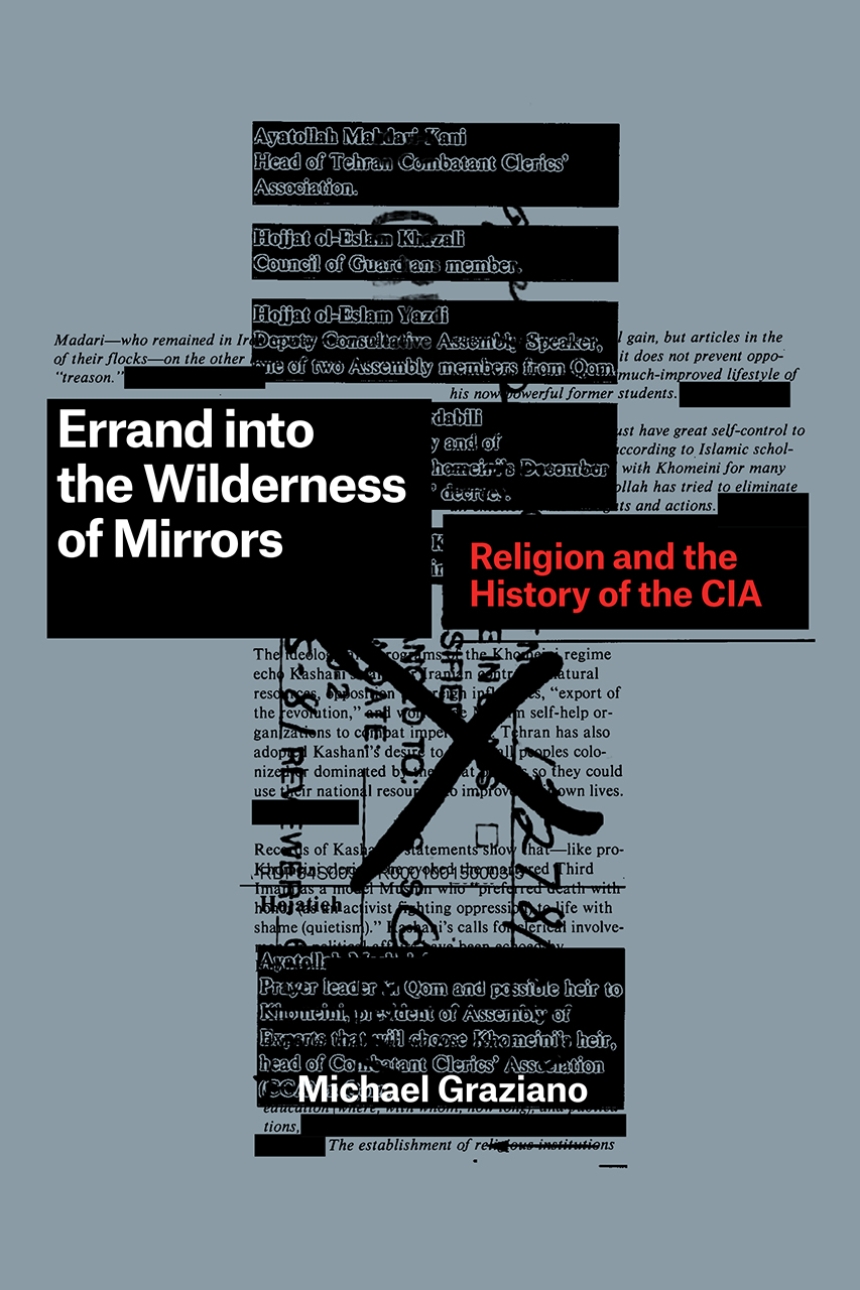 Errand into the Wilderness of Mirrors

Religion and the History of the CIA

Errand into the Wilderness of Mirrors

Religion and the History of the CIA

Michael Graziano’s intriguing book fuses two landmark titles in American history: Perry Miller’s Errand into the Wilderness (1956), about the religious worldview of the early Massachusetts colonists, and David Martin’s Wilderness of Mirrors (1980), about the dangers and delusions inherent to the Central Intelligence Agency. Fittingly, Errand into the Wilderness of Mirrors investigates the dangers and delusions that ensued from the religious worldview of the early molders of the Central Intelligence Agency. Graziano argues that the religious approach to intelligence by key OSS and CIA figures like “Wild” Bill Donovan and Edward Lansdale was an essential, and overlooked, factor in establishing the agency’s concerns, methods, and understandings of the world. In a practical sense, this was because the Roman Catholic Church already had global networks of people and safe places that American agents could use to their advantage. But more tellingly, Graziano shows, American intelligence officers were overly inclined to view powerful religions and religious figures through the frameworks of Catholicism. As Graziano makes clear, these misconceptions often led to tragedy and disaster on an international scale. By braiding the development of the modern intelligence agency with the story of postwar American religion, Errand into the Wilderness of Mirrors delivers a provocative new look at a secret driver of one of the major engines of American power.

“‘Intelligence histories are curious things,’ writes Graziano, and his brilliant, highly original book is no exception. In colorful detail and with sharp insight, Graziano shows how the US intelligence community waged the Cold War with innovative but misleading academic theories about world religions. This superb book is a must-read for scholars of American religion and foreign relations alike.”

Andrew Preston, author of Sword of the Spirit, Shield of Faith: Religion in American War and Diplomacy

“US intelligence agents in the Cold War thought they knew what religion was, how it worked, and how to manipulate it for national security goals. But their methods were grounded in an American religious exceptionalism that often left them flat-footed and unprepared. In this engaging and deftly written book, Graziano illuminates the fallibility of expertise, the role of religious studies in the security state, and the changing place of religion in American life.”

Tisa Wenger, author of Religious Freedom: The Contested History of an American Ideal

“Fascinating. . . The story that emerges shows how dangerous religion can be when it is weaponized by powerful people who don’t truly understand it.”

"Errand into the Wilderness of Mirrors notes how this close-knit relationship between psychology, theology and espionage in the US dates back to 1942: when President Franklin Roosevelt formed the Office of Strategic Services. . . . Its blind spot was an assumption religion could be used to unify one global culture with a single value system. Graziano says this messianic idea fits well with American exceptionalism: a delusional belief the US is an empire of liberty that has a moral responsibility to export democracy and freedom."

"[A] sophisticated, fascinating and well-written application of scholarship to practical matters of state."

“Fascinating. . . The story that emerges shows how dangerous religion can be when it is weaponized by powerful people who don’t truly understand it.”

3 The Great Jihad of Freedom

4 On Caring What It Is

6 Counterinsurgency and the Study of World Religions