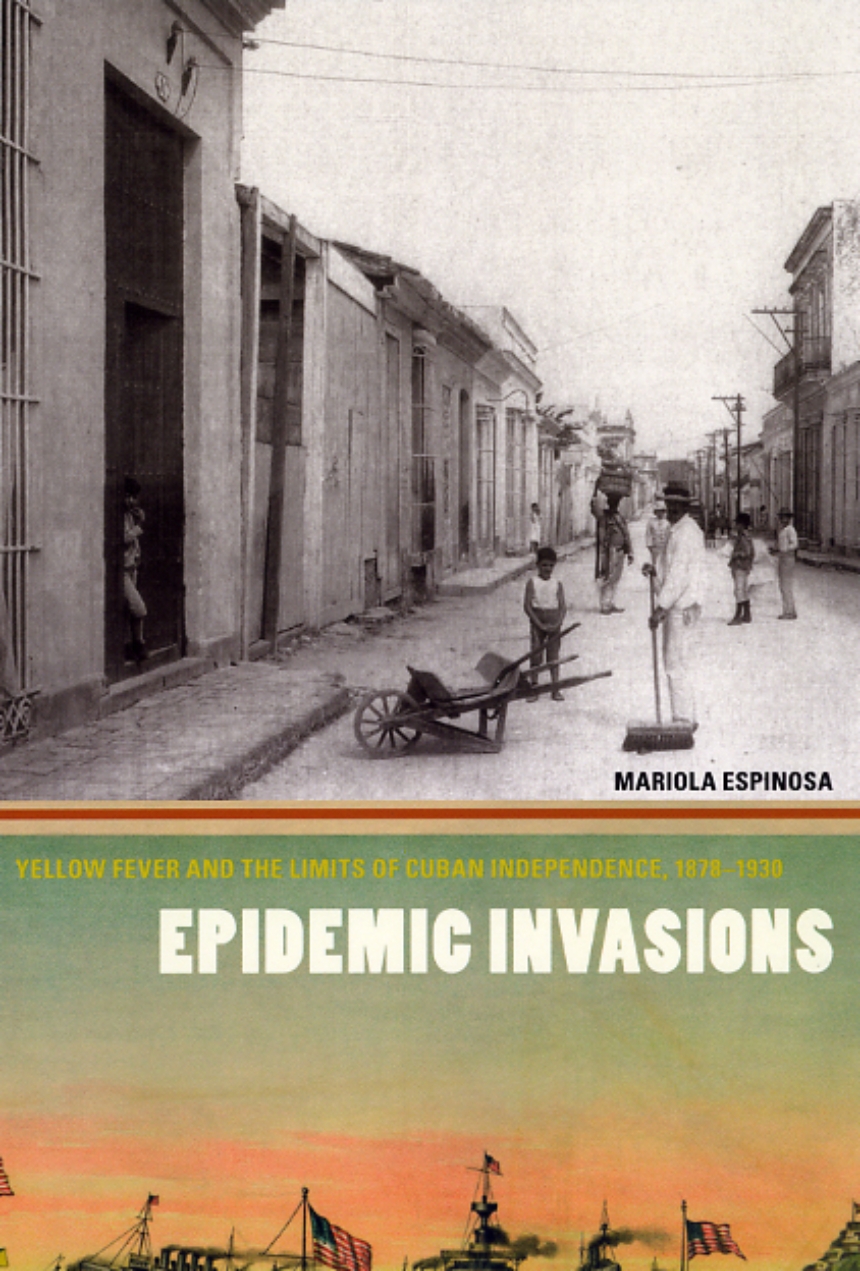 Yellow Fever and the Limits of Cuban Independence, 1878-1930

Yellow Fever and the Limits of Cuban Independence, 1878-1930

In the early fall of 1897, yellow fever shuttered businesses, paralyzed trade, and caused tens of thousand of people living in the southern United States to abandon their homes and flee for their lives. Originating in Cuba, the deadly plague inspired disease-control measures that not only protected U.S. trade interests but also justified the political and economic domination of the island nation from which the pestilence came. By focusing on yellow fever, Epidemic Invasions uncovers for the first time how the devastating power of this virus profoundly shaped the relationship between the two countries.

Yellow fever in Cuba, Mariola Espinosa demonstrates, motivated the United States to declare war against Spain in 1898, and, after the war was won and the disease eradicated, the United States demanded that Cuba pledge in its new constitution to maintain the sanitation standards established during the occupation. By situating the history of the fight against yellow fever within its political, military, and economic context, Espinosa reveals that the U.S. program of sanitation and disease control in Cuba was not a charitable endeavor. Instead, she shows that it was an exercise in colonial public health that served to eliminate threats to the continued expansion of U.S. influence in the world.

“Epidemic Invasions revolutionizes our understanding of Cuban-U.S affairs in the decades around 1900, showing the central place of public health campaigns in their difficult relationship. Controlling yellow fever in Havana became a priority because of the threat posed to the American South and, with the opening of the Panama Canal, to wider inter-American trade. However, Mariola Espinosa does not just tell a story of quarantines and sanitation; she also throws important new light on the politics of research and ‘discovery,’ reassessing the priority dispute between Carlos Finlay and Walter Reed over the identification of the mosquito vector of yellow fever, and makes the case for previously unheralded Henry Rose Carter. Epidemic Invasions is essential reading for anyone interested in the international politics of public health, and is all the more pertinent in an era of possible global flu pandemics.”

“A compelling study of the intimate connections of disease with colonialism and decolonization. With its sharp focus, Epidemic Invasions vividly illuminates the biological dimensions of U.S. imperialism and Cuban nationalism.”

“Epidemic Invasions is a convincing example of how productive the discussion can be of a disease when it is properly contextualized. Espinosa’s book is both a much needed addition to the history of U.S.-Cuban relations as well as an original—and at times very provocative—contribution to the history of the making of public health systems under colonial and neocolonial rules. Scholars will find in Epidemic Invasions the first book that brings a Latin American case to the late colonialism world historiography of disease. And undergraduate and graduate students will appreciate a direct, engaging, and very persuasive narrative.”

2 The Pre-Occupation with Cuba

4 The Hunt for the Mosquito

6 The Limits of Domination