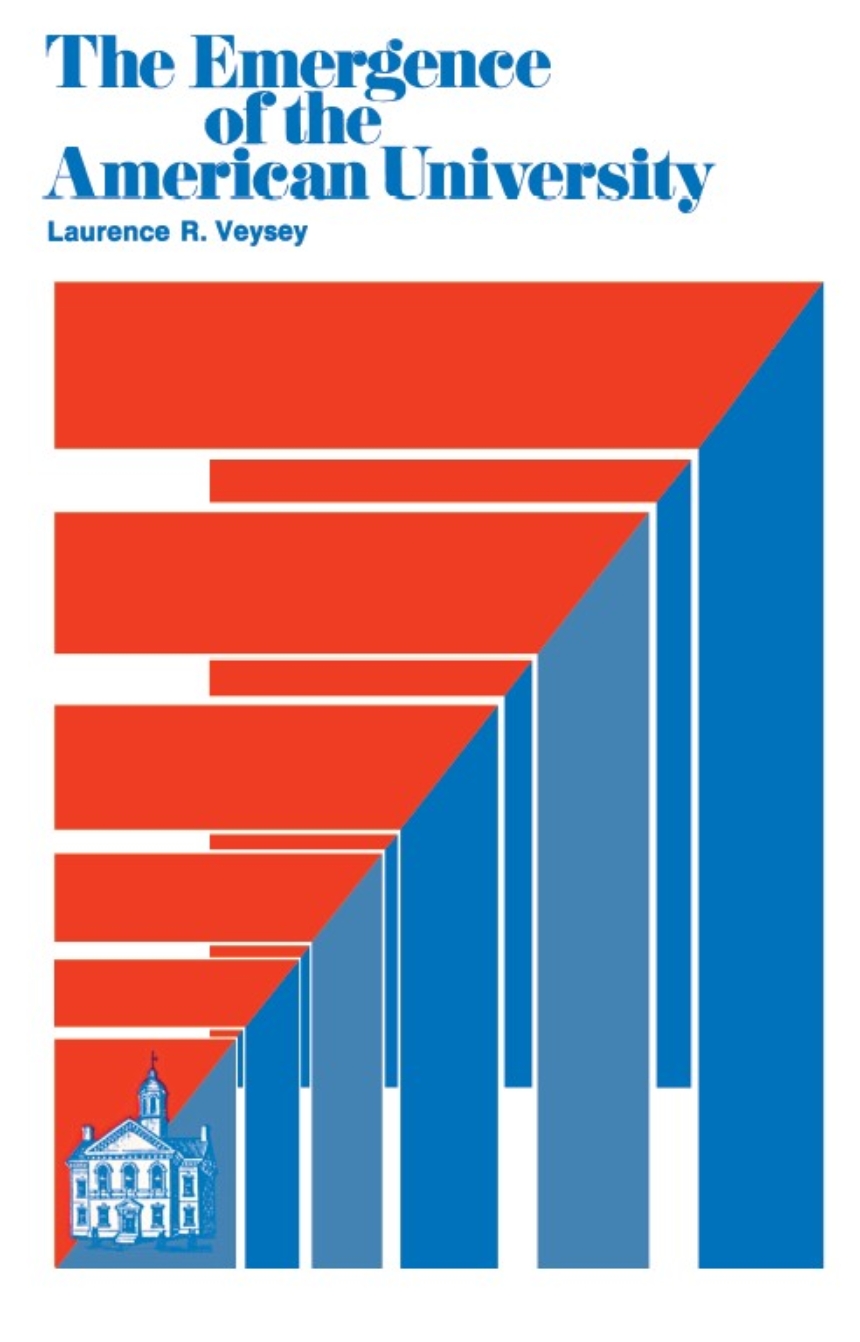 The Emergence of the American University

The Emergence of the American University

The American university of today is the product of a sudden, mainly unplanned period of development at the close of the nineteenth and the beginning of the twentieth centuries. At that time the university, and with it a recognizably modern style of academic life, emerged to eclipse the older, religiously oriented college. Precedents, formal and informal, were then set which have affected the soul of professor, student, and academic administrator ever since.

What did the men living in this formative period want the American university to become? How did they differ in defining the ideal university? And why did the institution acquire a form that only partially corresponded with these definitions? These are the questions Mr. Veysey seeks to answer.

"This magisterial book carved such a wide swath of intellectual real estate when it came out in 1965 that few have dared to follow its path. Veysey wrote this book during the free-spending, post-Sputnik heyday of American higher education, when government investment in students and institutions spurred growth unmatched before or since in academe. Veysey looked closely and skeptically at the conflicting ideas that were muzzled and muffled when universities were founded at the turn of the century, and he showed that those conflicts — between utility and belletrism, between research and teaching — continued to smolder, and sometimes flare, afterward. They still burn today, and that makes this brilliant book as useful as it ever was."

Introduction: The Rise of Academic Reform
Part One: Rival Conceptions of the Higher Learning, 1865-1910
1. Discipline and Piety
The Psychology of the Mental Faculties
The Orthodox View of God and Man
The College as a Disciplinary Citadel
Pious Opposition to Intellectual License
Defeat
2. Utility
Aims, Institutions, and Departments
The Concept of "Real Life"
A Broad and Lofty Spirit of Reform
Two Versions of Utility: Cornell’s and Harvard’s
The Growth of Regional Contrasts
"Social Efficiency" as a Yardstick of Value
Utility at Flood Tide
3. Research
Pure Science
The Lure of the German University
The Investigative Temper
Styles of Scientific Faith
The Promotion of Institutionalized Research
Bench Marks of an Advancing Scientism
4. Liberal Culture
A Minority of Dissidents
Definitions of "Culture"
In Pursuit of the Well-Rounded Man
Religion, Inspiration, and Intellect
Culture and American Society
Gifted Tongues: The Humanities in the Classroom
Liberal Culture and Academic Leadership
A Season of Reassessment, 1908-1910
Part Two - The Price of Structure, 1890-1910
5. The Pattern of the New University
The Academic Boom of the Early Nineties
The Mind of the Undergraduate
The Gulf between Students and Faculty
The Rise of Administration
Careers, Satrapies, and Academic Empires: The Competition for Prestige
Sources of Cohesion
Symptoms of Crystallization
6. The Tendency to Blend and Reconcile
The Growing Merger of Ideals
Business Models for Educational Enterprise
The Academic Standards of the New Age
Varieties of the "New" Administrator
7. The Problem of the Unreconciled
Academic Freedom: The Hope and the Stalemate
Responses to Genius and Creative Eccentricity
The Jeremiad of the Idealists
Conclusion: The University as an American Institution
Reference Material
Chronology of Principal University Administrations
Bibliographical Note
Manuscript Collections
Abbreviations of Serial Publications
Index