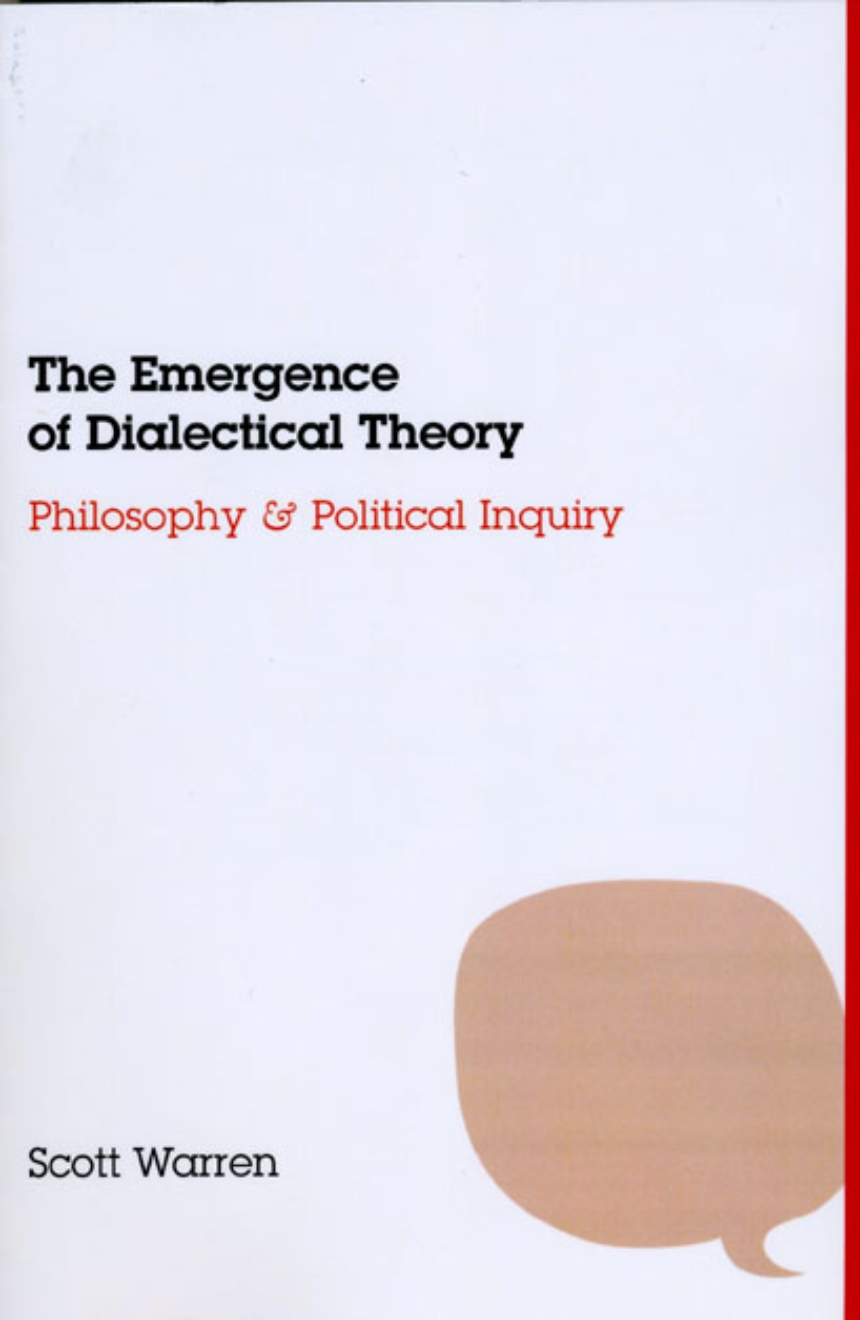 The Emergence of Dialectical Theory

The Emergence of Dialectical Theory

Scott Warren’s ambitious and enduring work sets out to resolve the ongoing identity crisis of contemporary political inquiry. In the Emergence of Dialectical Theory, Warren begins with a careful analysis of the philosophical foundations of dialectical theory in the thought of Kant, Hegel, and Marx. He then examines how the dialectic functions in the major twentieth-century philosophical movements of existentialism, phenomenology, neomarxism, and critical theory. Numerous major and minor philosophers are discussed, but the emphasis falls on two of the greatest dialectical thinkers of the previous century: Maurice Merleau-Ponty and Jürgen Habermas.

Warren’s shrewd critique is indispensable to those interested in the history of social and political thought and the philosophical foundations of political theory. His work offers an alternative for those who find postmodernism to be at a philosophical impasse.