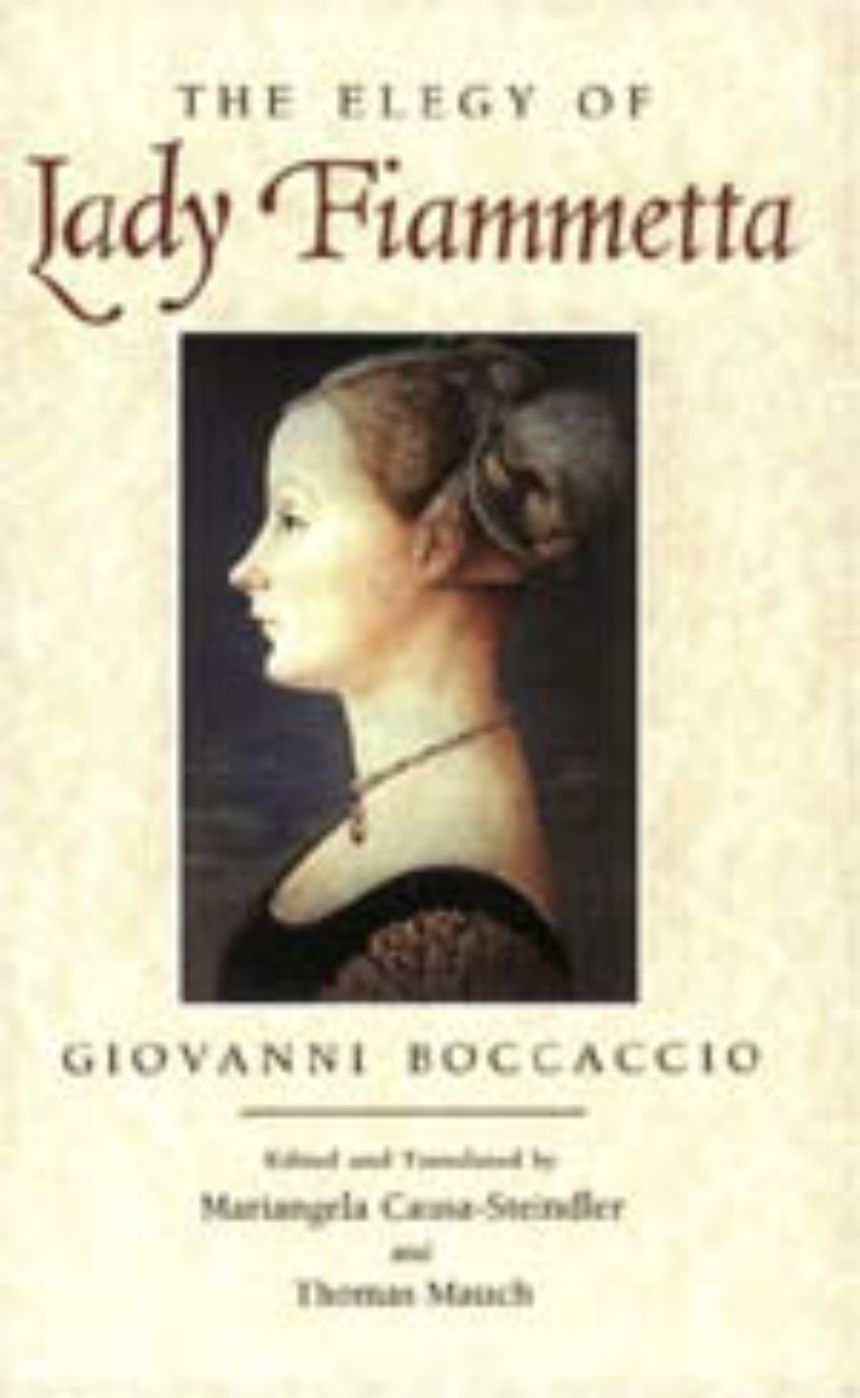 The Elegy of Lady Fiammetta

Edited and translated by Mariangela Causa-Steindler and Thomas Mauch
9780226062761

The Elegy of Lady Fiammetta

Edited and translated by Mariangela Causa-Steindler and Thomas Mauch
A milestone in feminist literature, this marvelous European romance, narrated by a woman, is considered the first psychological novel in a modern language and a precursor of stream-of-consciousness fiction. Written by Giovanni Boccaccio between 1343 and 1345, The Elegy has never before been available in a complete or accurate English translation.

Lady Fiammetta, the first-person narrator and protagonist, recounts how, although a married woman, she falls in love with a handsome young foreigner named Panfilo and, driven by irresistible passion, becomes his lover. Panfilo subsequently abandons Fiammetta and returns to his native land, where his elderly father is said to be dying. When he fails to keep his promise to return, Fiammetta, in what is the heart of the narrative, describes her longings, her anguish, and her despair. A host of contradictory sentiments drive her to desperation and to an unsuccessful suicide attempt. After a time, Fiammetta resumes her futile wait for Panfilo. She finally resolves to seek him out in his native land. Disguising her true intent from her husband, she secures his promise to help her in this undertaking. Addressing an exclusively female audience, Fiammetta warns them about the vicious ways of men. Her whole narrative, in fact, adds up to an indictment of men as both readers and lovers. Eliciting a remarkably wide range of responses from readers and critics, Fiammetta has been variously described as a pathetic victim of male cruelty; an irresponsible fool of a girl; a sophisticated, cunning, and wholly disingenuous female; and, finally, a genuinely modern woman. Whatever judgment we make of her, Fiammetta stands out among medieval women as an ardent and outspoken feminist.