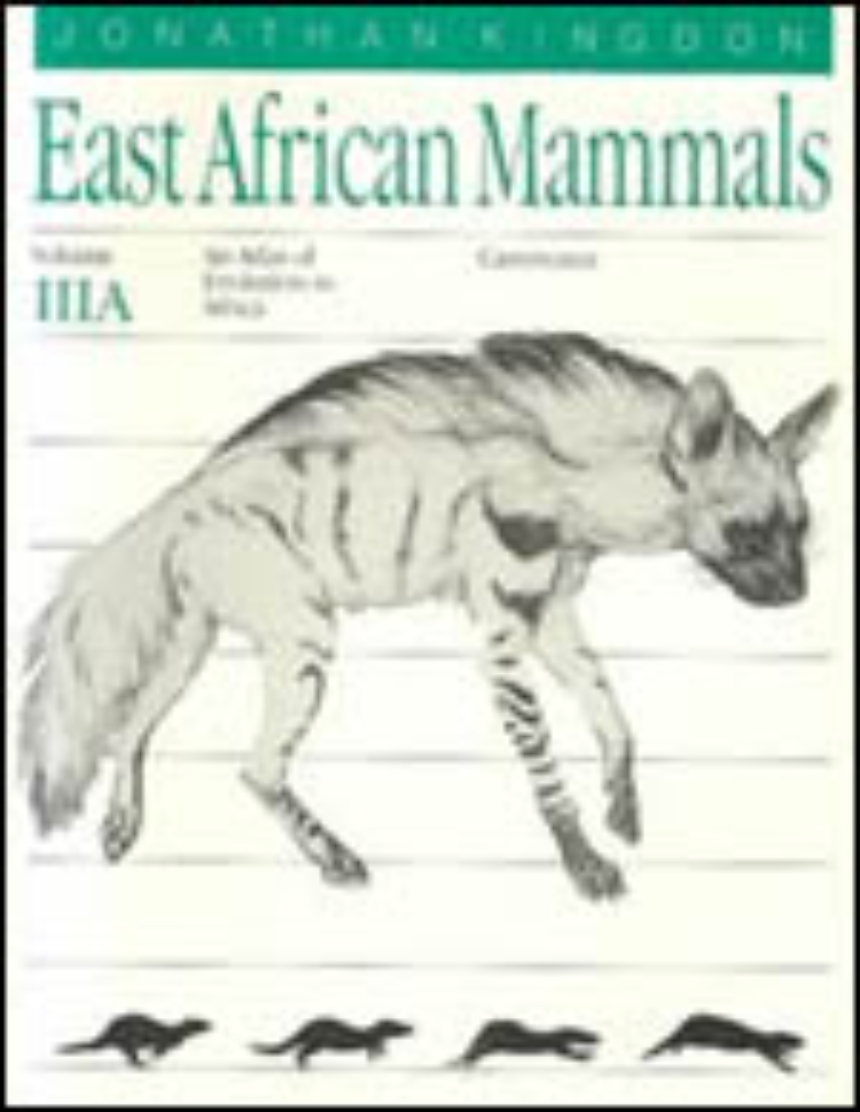 East African Mammals: An Atlas of Evolution in Africa, Volume 3, Part A

East African Mammals: An Atlas of Evolution in Africa, Volume 3, Part A

Acclaimed and coveted by both naturalists and lovers of wildlife illustration, Jonathan Kingdon’s seven-volume East African Mammals has become a classic of modern natural history. This paperback edition makes Kingdon’s remarkable artistic and scientific achievement—his hundreds of drawings and perceptive study of all the mammals in East Africa’s species-rich fauna—available to the wide audience it deserves.

Volume IIIA documents the carnivores of East Africa—lions, cheetahs, jackals, otters, civets, genets, mongooses, hyenas, and such lesser-known species as the zorilla and the aardwolf.

The beauty of the animals, so vivid in these incomparable drawings, is made more poignant by the acknowledgment of their increasingly endangered status. Kingdon discusses the inevitable problems posed by large mammal communities in a developing continent and includes numerous maps indicating their declining ranges and populations.