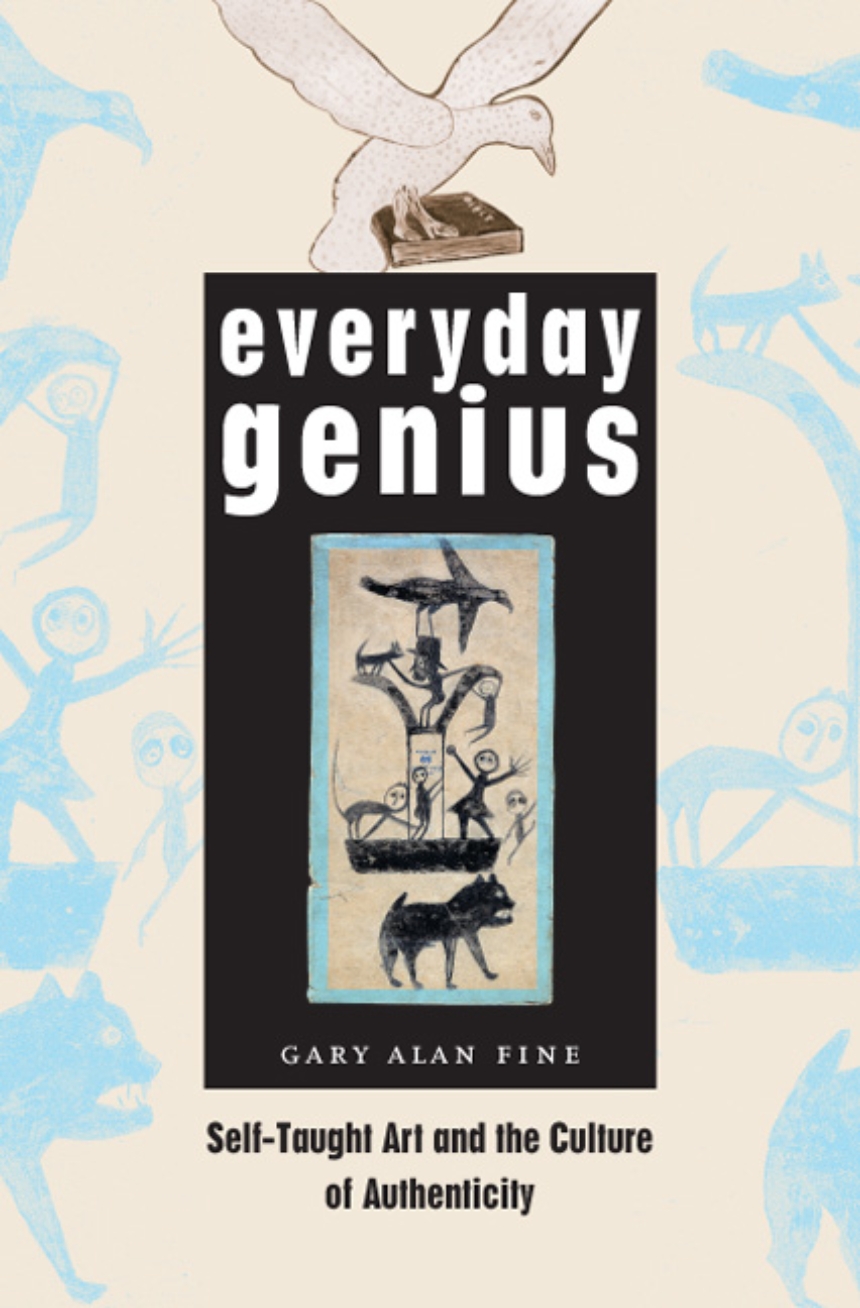 Self-Taught Art and the Culture of Authenticity

Self-Taught Art and the Culture of Authenticity

From Henry Darger’s elaborate paintings of young girls caught in a vicious war to the sacred art of the Reverend Howard Finster, the work of outsider artists has achieved unique status in the art world. Celebrated for their lack of traditional training and their position on the fringes of society, outsider artists nonetheless participate in a traditional network of value, status, and money. After spending years immersed in the world of self-taught artists, Gary Alan Fine presents Everyday Genius, one of the most insightful and comprehensive examinations of this network and how it confers artistic value.

Fine considers the differences among folk art, outsider art, and self-taught art, explaining the economics of this distinctive art market and exploring the dimensions of its artistic production and distribution. Interviewing dealers, collectors, curators, and critics and venturing into the backwoods and inner-city homes of numerous self-taught artists, Fine describes how authenticity is central to the system in which artists—often poor, elderly, members of a minority group, or mentally ill—are seen as having an unfettered form of expression highly valued in the art world. Respected dealers, he shows, have a hand in burnishing biographies of the artists, and both dealers and collectors trade in identities as much as objects.

Revealing the inner workings of an elaborate and prestigious world in which money, personalities, and values affect one another, Fine speaks eloquently to both experts and general readers, and provides rare access to a world of creative invention-both by self-taught artists and by those who profit from their work.

“Indispensable for an understanding of this world and its workings. . . . Fine’s book is not an attack on the Outsider Art phenomenon. But it is masterful in its anatomization of some of its contradictions, conflicts, pressures, and absurdities.”—Eric Gibson, Washington Times