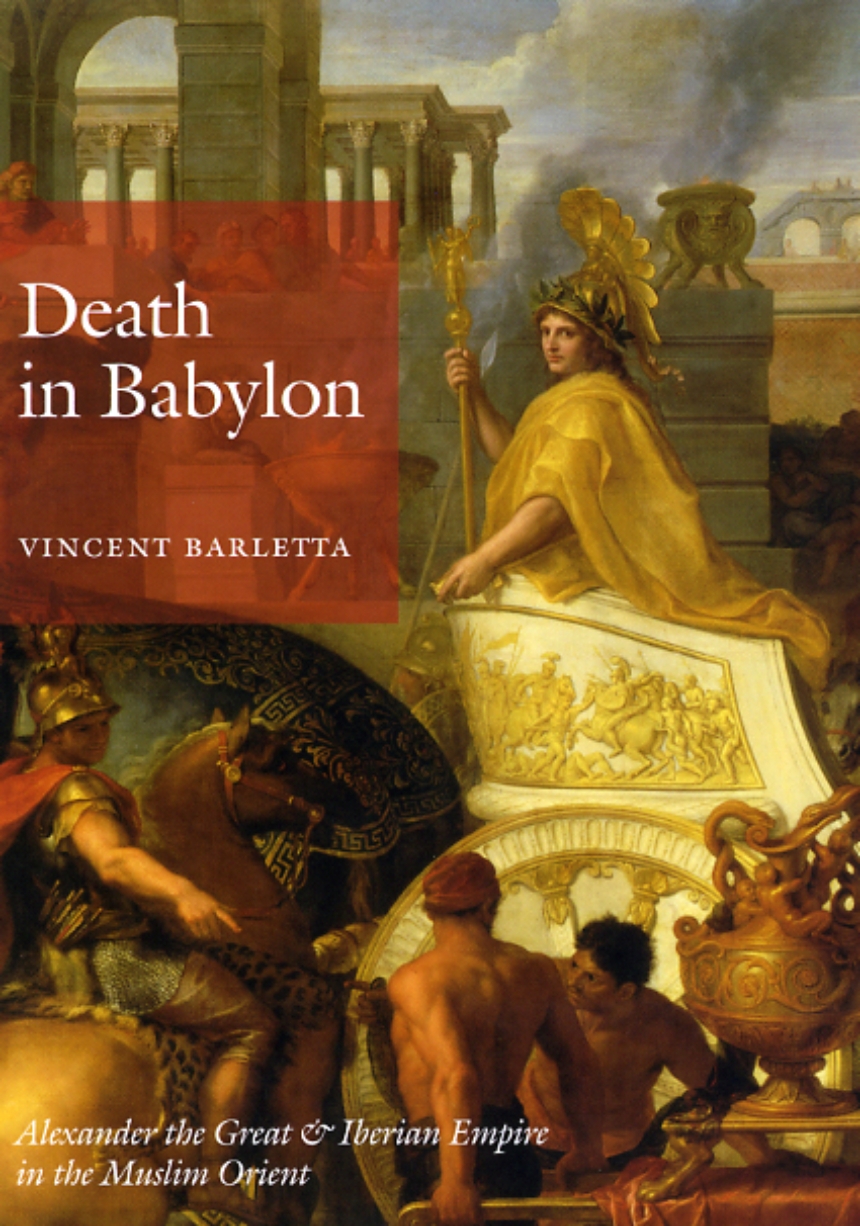 Alexander the Great and Iberian Empire in the Muslim Orient

Alexander the Great and Iberian Empire in the Muslim Orient

Though Alexander the Great lived more than seventeen centuries before the onset of Iberian expansion into Muslim Africa and Asia, he loomed large in the literature of late medieval and early modern Portugal and Spain. Exploring little-studied chronicles, chivalric romances, novels, travelogues, and crypto-Muslim texts, Vincent Barletta shows that the story of Alexander not only sowed the seeds of Iberian empire but foreshadowed the decline of Portuguese and Spanish influence in the centuries to come.

Death in Babylon depicts Alexander as a complex symbol of Western domination, immortality, dissolution, heroism, villainy, and death. But Barletta also shows that texts ostensibly celebrating the conqueror were haunted by failure. Examining literary and historical works in Aljamiado, Castilian, Catalan, Greek, Latin, and Portuguese, Death in Babylon develops a view of empire and modernity informed by the ethical metaphysics of French phenomenologist Emmanuel Levinas. A novel contribution to the literature of empire building, Death in Babylon provides a frame for the deep mortal anxiety that has infused and given shape to the spread of imperial Europe from its very beginning.

“Vincent Barletta’s new book is fascinating and detailed. It moves beyond established theories of imperial reason to argue that Europe’s imperial adventure, deployed and theorized by means of Alexandrian myth and history, is in fact inseparable from a deep unease associated with the search for identity through the mediation of the Other. Perhaps this unease, which Emmanuel Levinas has presented as a transcendental condition of selfhood, shapes the nations of the Iberian Peninsula in particularly important ways and reveals their special fragility as human communities whose constitution cannot be separated from a relation with Islam. This book, elegant and profound, is a necessary contribution that works to uncover cultural strata that precede the imperial period described by Tzvetan Todorov while offering elements for a comparative study of empire that goes well beyond the current work of Anthony Pagden.”

“A work of sound scholarship and striking erudition, broad in scope and of remarkable depth and originality, Death in Babylon is a beautifully written book, clear yet complex, subtle yet convincing.”

Chapter 1. Death and the Other: An Introduction

Chapter 2. The Stinking Corpse: Alexander, the Greeks, and the Romans

Chapter 4. Immortality: The Promise of Asia