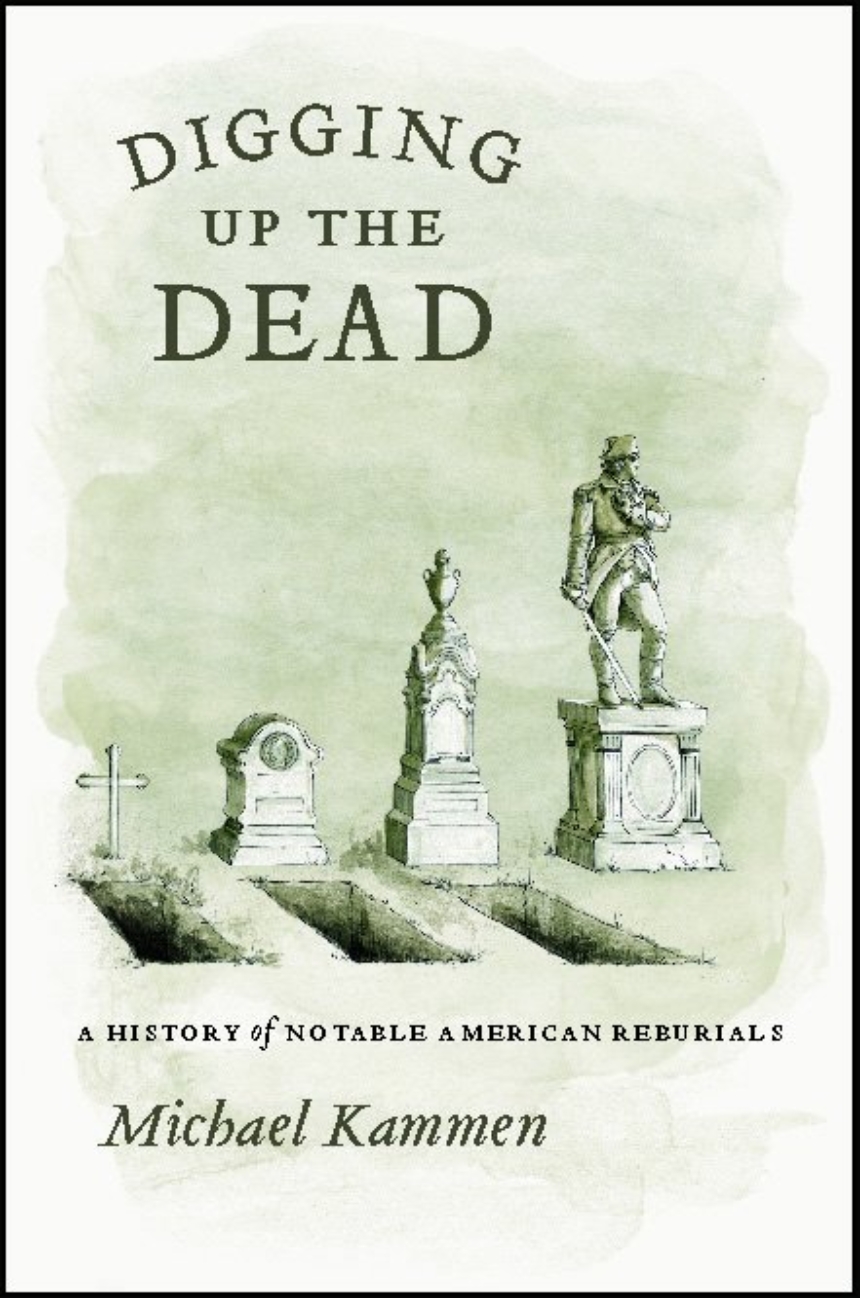 Digging Up the Dead

A History of Notable American Reburials

Digging Up the Dead

A History of Notable American Reburials

With Digging Up the Dead, Pulitzer Prize–winning historian Michael Kammen reveals a treasure trove of fascinating, surprising, and occasionally gruesome stories of exhumation and reburial throughout American history. Taking us to the contested grave sites of such figures as Sitting Bull, John Paul Jones, Frank Lloyd Wright, Daniel Boone, Jefferson Davis, and even Abraham Lincoln, Kammen explores how complicated interactions of regional pride, shifting reputations, and evolving burial practices led to public and often emotional battles over the final resting places of famous figures. Grave-robbing, skull-fondling, cases of mistaken identity, and the financial lures of cemetery tourism all come into play as Kammen delves deeply into this little-known—yet surprisingly persistent—aspect of American history.

Simultaneously insightful and interesting, masterly and macabre, Digging Up the Dead reminds us that the stories of American history don’t always end when the key players pass on. Rather, the battle—over reputations, interpretations, and, last but far from least, possession of the remains themselves—is often just beginning.

“Kammen has a good sense of the details that make historical stories memorable. His occasional flashes of humor add a winsome, professionally geeky element to the telling.”

2          Heroes of the Revolution: The Siting and Reciting of Patriotism

3          Honor, Dishonor, and Issues of Reputation: From Sectionalism to Nationalism

4          Problematic Graves, Tourism, and the Wishes of Survivors