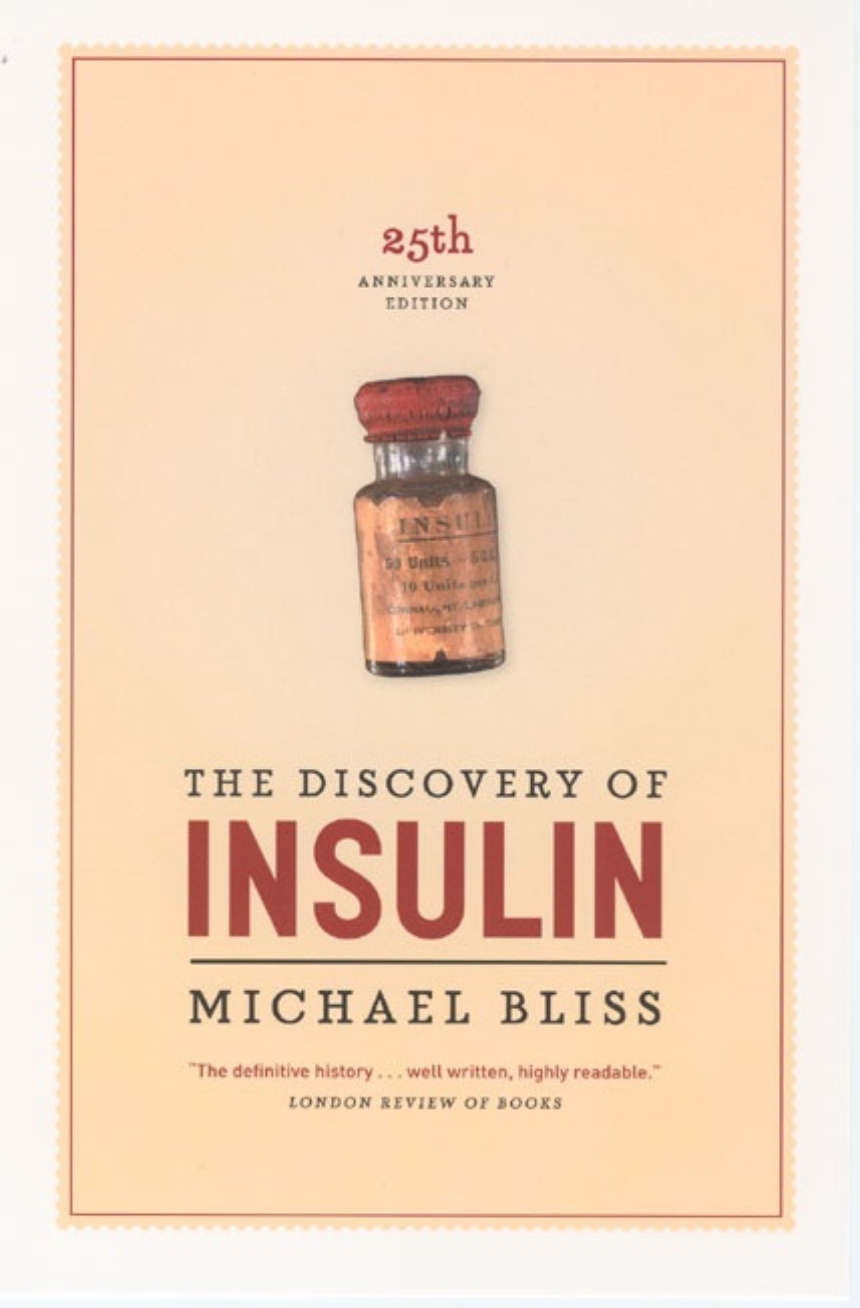 The Discovery of Insulin

The Discovery of Insulin

When insulin was discovered in the early 1920s, even jaded professionals marveled at how it brought starved, sometimes comatose diabetics back to life. In the twenty-fifth-anniversary edition of a classic, Michael Bliss unearths scientists' memoirs and confidential appraisals of insulin by members of the Nobel Committee. he also resolves a longstanding controversy about scientific collaboration at its most fractious and fascinating: who ultimately deserves credit for the discovery? Bliss's life-and-death saga illuminates one of the most important breakthroughs in the history of medicine.

Introduction: What Happened at Toronto?

CHAPTER ONE A Long Prelude

CHAPTER THREE The Summer of 1921

CHAPTER FOUR "A Mysterious Something"