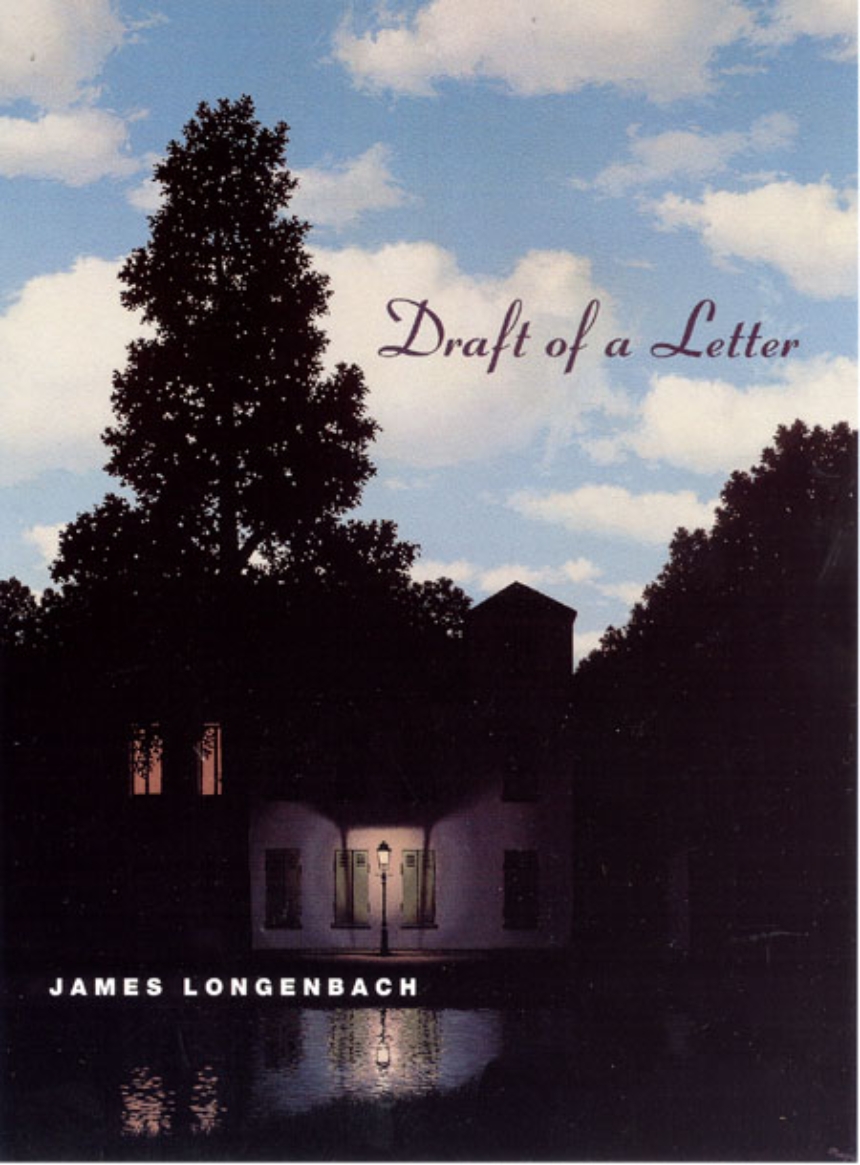 Draft of a Letter

Draft of a Letter

What other people learn

On an olive branch

Waving its plumes.  I said

If you’re telling the truth.

Draft of a Letter is a book about belief—not belief in the unknowable but belief in what seems bewilderingly plain. Pondering the bodies we inhabit, the words we speak, these poems discover infinitude in the most familiar places. The revelation is disorienting and, as a result, these poems talk to themselves, revise themselves, fashioning a dialogue between self and soul that opens outward to include other voices, lovers, children, angels, and ghosts. For James Longenbach, great distance makes the messages we send sweeter. To be divided from ourselves is never to be alone. “If the kingdom is in the sky,” says the body to the soul, “Birds will get there before you.” “In time,” says the awakening soul, “I liked my second / Body better / Than the first.” To live, these poems insist, is to arise every day to the strange magnificence of the people and places we thought we knew best. Draft of a Letter is an unsettled and radiant paradiso, imagined in the death-shadowed, birth-haunted middle of a long life.

“A sensibility this cogent, this subtle and austere is rare; even rarer is its proof that poetry still flows through all things and transforms all things in the process.”—Carol Muske-Dukes, Los Angeles Times Book Review

"This, James Longenbach’s third collection of poetry, moves between pondering and declaration with such strange force that one can only believe the revelations within these poems."

"Complex and moving, Draft is also quiet, elusive. It asks patience and a willingness to dwell in its unresolved tensions."